“The buzz words ‘public domain’ can create a false sense of security. Often, characters carry through many stories written by an author. When the first story enters the public domain, it does not mean that all uses of that character are without copyright protection.” 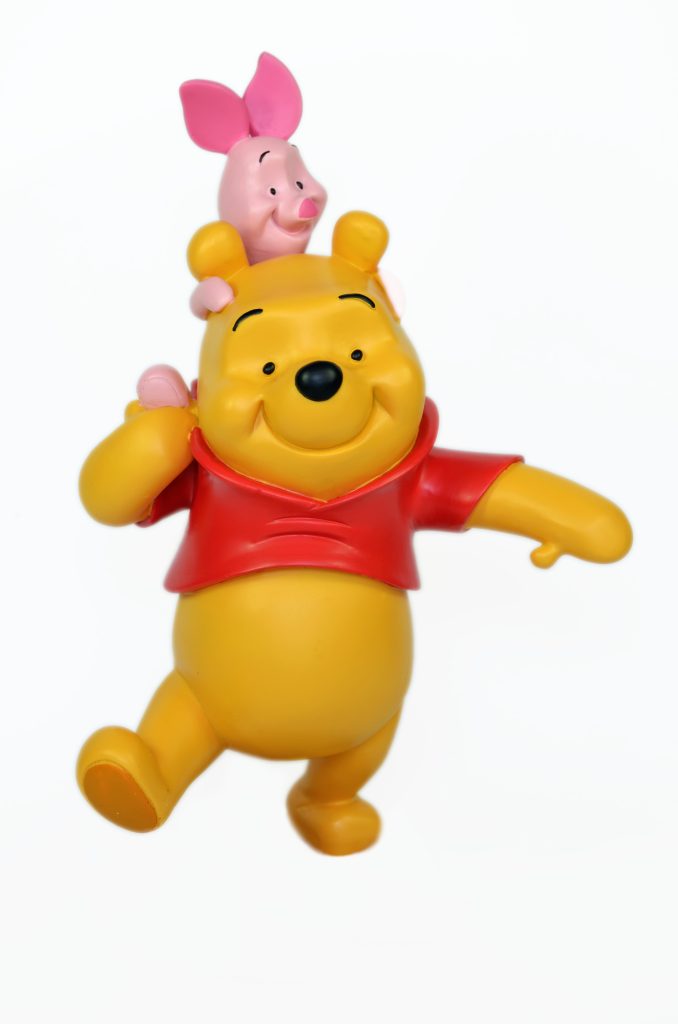 You may have heard that on January 1, 2022, Winnie-the-Pooh and the other characters from the Hundred Acre Wood are now in the public domain. But did you know that not all of Christopher Robin’s friends are treated the same in the eyes of copyright law? The characters have multiple authors, including A.A. Milne who first published Winnie-the-Pooh in 1926, and The Walt Disney Company, which brought the stories to the screen. Milne’s characters from his 1926 books entered the public domain at the beginning of this year, but Disney’s iteration remains copyright protected for now.

Before a copyrighted work enters the public domain, an author of an “original work of authorship” has the exclusive right to reproduce, distribute, create derivative works, perform publicly, or display that work. If others want to use the work, they have to ask the author for permission. Copyright protection in the United States lasts for the life of the author plus 70 years after the author’s death. Since copyright protection extends beyond the life of the author, the author’s estate obtains the exclusive rights when the author dies and can subsequently enforce these rights against those who use the work without permission.

When popular works, like a book, enter the public domain, we tend to see an increase in the usage of the characters and stories from those popular works in new works. Take Sherlock Holmes for an example. In the early 2000s, we saw an explosion of television shows and movies using the detective and his trusty friend, Dr. Watson, after Sir Arthur Conan Doyle’s early stories entered the public domain in the UK. However, since then, we’ve seen several legal challenges relating to Sherlock Holmes’ copyright protections.

The buzz words “public domain” can create a false sense of security. Often, characters carry through many stories written by an author. When the first story enters the public domain, it does not mean that all uses of that character are without copyright protection. We see this play out where an author’s descendants and their estates often enforce the author’s rights (existing or not) by demanding a licensing fee and taking steps to block distribution of the “infringing work” if a licensing fee is not paid. For example, the BBC and CBS still paid licensing fees to the Conan Doyle Estate to use the characters and stories in their television shows despite the fact that the main body of Doyle’s stories were already in the public domain. However, not everyone was willing to pay the licensing fee to the Conan Doyle Estate.

In 2013, the Conan Doyle Estate told Leslie Klinger, an editor and annotator of Sherlock Holmes stories, that he had to pay a licensing fee for the right to use the Sherlock Holmes stories and character in a collection of stories called In the Company of Sherlock Holmes. When Klinger refused, the estate contacted the publisher and said that the estate would convince major retailers and distributors not to sell the book. Klinger sued the estate, arguing that the characters and stories from the Sherlock Holmes stories are in the public domain. The U.S. District Court for the Northern District of Illinois found in favor of Klinger, but cautioned him against using character and story elements introduced in the short stories Doyle published after 1923 since these were still under copyright protection. Using works in the public domain does not preclude copyright issues.

Like we saw with Sherlock Holmes in the early 2000s and The Great Gatsby in 2021, we can expect to see works using Winnie-the-Pooh and supporting characters in new ways. Even though we are only a few weeks into the new year, Winnie-the-Pooh has already been featured in new works, such as Ryan Reynolds’ new Mint Mobile commercial and Luke McGarry’s comic. Reynolds and McGarry have avoided legal challenges with their uses so far.

To give some background, Milne’s 1926 book is in the public domain, but changes to Winnie-the-Pooh, the character, from the original 1926 book are still under copyright protection. Milne’s Winnie-the-Pooh did not wear a red shirt; another author gave Pooh his shirt and Disney acquired rights to that depiction in 1961 and continues to own the rights to showing the character in a little red shirt today.  Also, Milne spelled Winnie-the-Pooh with hyphens; Disney removed them.

Copyright issues still lurk when content enters the public domain. One must carefully identify what has entered the public domain (and therefore is free to use) and what remains protected under copyright law. While disclaimers are not required, labeling works to say that the work is not sponsored or connected to the larger entity can preemptively dispel confusion with consumers and fend off copyright infringement claims.