On Final Day of PTAB Masters™ 2022, Iancu/Panelists Ponder the Road Ahead for USPTO and PTAB

“If you have policies to make, if you want to do stuff, don’t waste any time. Know what you want to do coming in and start working at it right away.” – Andrei Iancu on advice for new USPTO Director 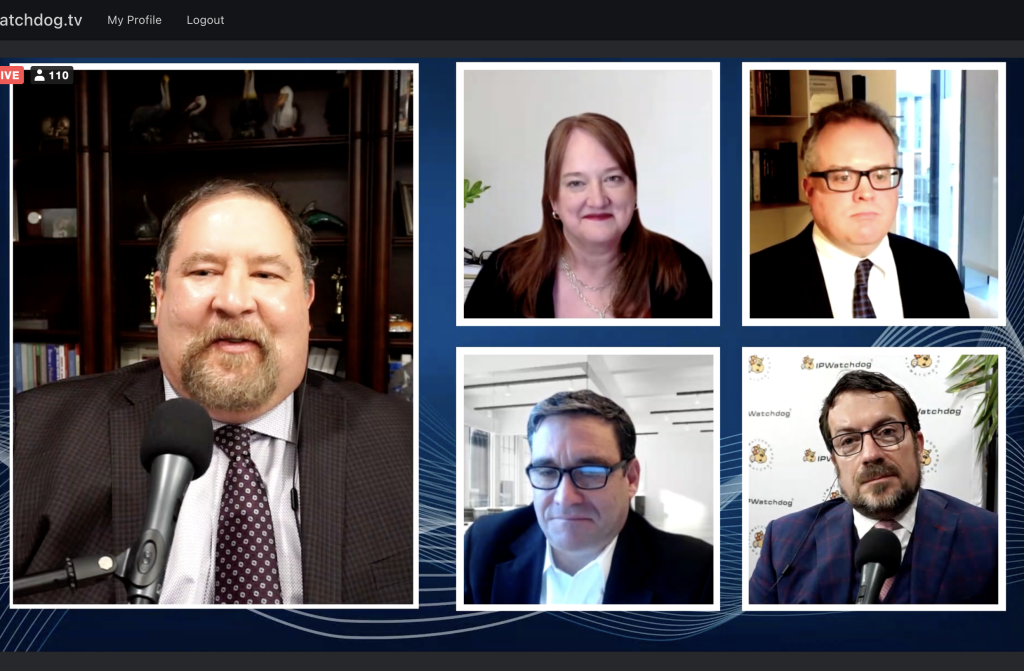 The last day of PTAB Masters™ 2022 featured sessions on dealing with parallel litigation at the International Trade Commission (ITC) and district courts in Patent Trial and Appeal Board (PTAB) proceedings; life sciences and inter partes review (IPR); and the future of the PTAB. On the latter topic, speakers contemplated what lies in wait for the U.S. Patent and Trademark Office (USPTO) Director nominee, Kathi Vidal, who is likely to be confirmed, as well as how certain the Restoring the America Invents Act is to be passed, and what changes it may include.

PTAB Masters™ 2022 Co-Chair Scott McKeown of Ropes & Gray said that the Restoring America Invents Act—which was proposed by Senator Patrick Leahy (D-VT) last September and includes several controversial provisions, including one that would effectively end discretionary denial practice at the PTAB—“carries some weight,” for several reasons. First, it was proposed by the original author of the bill it invokes, the America Invents Act (AIA); secondly, it’s being presented as a bill to combat drug pricing; and third, because Leahy is retiring, and his colleagues may want to give him a parting gift. “We do expect there to be some traction for this bill,” McKeown said.

The panel on which McKeown was speaking included two former PTAB administrative patent judges (APJs), Tim Fink of O’Melveny & Myers and Scott Weidenfeller of Covington & Burling, as well as Erika Harmon Arner of Finnegan. While most of the panelists thought that ending Fintiv practice would have a negative impact overall, McKeown and Fink said that they would expect Section 325(d) discretion to pick up some of the slack for Section 314(a) if the provision passes.

Arner said “it would be unfortunate if we rewrote the law to the extent they’re proposing,” because it has taken a decade for PTAB practice to evolve following the AIA. “Whatever the changes are, to make such big changes feels like it might be setting us back,” Arner said.  The evolution is working. Maybe it’s not getting everyone what they want but…I’m not sure this would be a step forward.”

Weidenfeller added that he hopes legislators think about “the practicality of some of these things,” since the USPTO spent a lot of time figuring out what it could do in the statutory timeframes mandated for AIA trials.

As to the still unconfirmed incoming USPTO Director, Kathi Vidal, Arner said she hopes she does what her predecessors have done for years, which is to “lean heavily” on the career people at the agency. Starting with Kappos he did a lot to bring in people who became real experts at what they do. Arner also predicted Vidal will be active on eligibility issues and do her best to solve “an impossible problem.”

McKeown noted that Vidal was very careful in her confirmation hearing to satisfy both Leahy, who wants Fintiv gone, and Senator Thom Tillis (R-NC), who wants to keep it. However, she may not have to do anything, considering statistics revealed on day two of PTAB Masters™ 2022 showing that Fintiv decisions seem to be naturally declining.

Earlier in the program, IPWatchdog CEO and Founder Gene Quinn played the final clip of his recent interview with former USPTO Director Andrei Iancu, whose changes the Restoring the America Invents Act are targeting in part. When asked what advice he would give to Vidal, Iancu recalled the words of the late Q. Todd Dickinson, who sadly passed away in May of 2020. “He said, ‘time will fly very, very quickly,” Iancu remembered. “If you have policies to make, if you want to do stuff, don’t waste any time. Know what you want to do coming in and start working at it right away.”

Iancu also said that making a concerted effort to engage with stakeholders helped him to get things right. “There is no significant policy I did where I didn’t consult extensively with stakeholders…. You’ve got to do the best you can to put that needle right in the middle and make sure that, whatever you do, a) does no harm and b) really improves and helps across the board as much as possible.”

All materials for PTAB Masters™ 2022 are available for free on the program page. Session recordings will be available within the next week or two on the Virtual Program Archive page.