The Fintiv Deception: Leahy’s Legislative ‘Fix’ is Unwarranted in Light of Sotera Wireless

“There is simply no need for a legislative ‘fix’ to overrule and undo the Fintiv factors. Petitioners challenging patent rights already have it well within their power to circumvent Fintiv if they will just agree not to seek multiple bites at the same apple.” 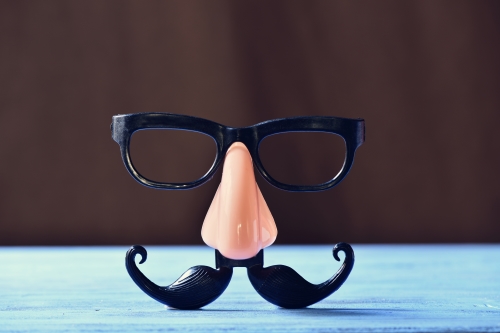 Several weeks ago, Senators Patrick Leahy (D-VT) and John Cornyn (R-TX) introduced the Restoring America Invents Act, which would reverse the reforms of the Patent Trial and Appeal Board (PTAB) introduced by former U.S. Patent and Trademark Office (USPTO) Director Andrei Iancu. The Senators claim that the legislation is necessary, among other reasons, to prevent undermining the Congressional intent in enacting the Leahy-Smith America Invents Act (AIA).

According to Senator Leahy specifically, Director Iancu’s reforms politicized inter partes review (IPR) decisions by exercising discretion not to institute every IPR challenge filed by petitioners. “[Andrei Iancu] took actions that were designed to undermine the IPR process,” Leahy explained at a ceremony in September commemorating the 10th anniversary of the AIA. “[The Iancu reforms] hamstring the ability of the public to challenge poor-quality patents.”

The narrative that reforms and policies implemented by Director Iancu were not intended by Congress seems to relate to Senator Leahy’s belief that a discretionary refusal to institute an IPR to challenge a patent frustrates the purpose of Congress. “We have to ensure that future PTO Directors are not able to unduly influence the process,” Leahy said at the 10th anniversary ceremony.

The problem with the view that Director Iancu somehow circumvented Congressional intent, or neutralized patent challenges in some extra-statutory manner, is that it is both revisionist and directly contradicts the Supreme Court’s interpretation of the AIA. Indeed, the Supreme Court unequivocally determined that the AIA gives the USPTO Director discretion to institute a challenge, or not. See Cuozzo Speed Technologies, LLC v. Lee, 136 S.Ct. 2131 (2016) (“the agency’s decision to deny a petition is a matter committed to the Patent Office’s discretion.”); Oil States Energy Services, LLC v. Greene’s Energy Group, LLC, 138 S.Ct 1365 (2018) (“The decision whether to institute inter partes review is committed to the Director’s discretion.”) (citations and quotations omitted); SAS Institute Inc. v. Iancu, 138 S.Ct. 1348 (2018) (“§314(a) invests the Director with discretion on the question whether to institute review”). And the Director’s decision to institute, or not, is explicitly not appealable — see 35 U.S.C. 314(d) and 35 U.S.C. 324(e). Congress was heavily criticized at the time, and since, for granting such broad discretion to USPTO Directors, but the statute is clear on its face, and so too is the interpretation of the Supreme Court. Iancu merely exercised discretion specifically vested in his office by Congress.

Notwithstanding, one of the issues Senator Leahy seeks to address with the Restoring America Invents Act relates to what is referred to as discretionary denials of IPR petitions pursuant to the precedential Patent Trial and Appeal Board (PTAB) decision in Apple, Inc. v. Fintiv, Inc., Paper No. 11, IPR2020-00019 (March 20, 2020).

The Fintiv decision sets a series of factors for determining whether the USPTO should exercise its authority to refuse an IPR, as a matter of discretion, when there is an early trial date scheduled in a parallel litigation ongoing in federal district court.  According to Fintiv, the PTAB is to consider the following six factors when determining whether to exercise the discretion of the Director to institute an IPR challenge:

These factors are considered controversial in the view of IPR petitioners, who claim they should have the ability to have their patentability challenges reviewed by the Patent Office as envisioned by the AIA, something Leahy supports. Patent owners, on the other hand, argue that IPR petitioners who are defendants in ongoing federal district court litigation are merely attempting to frustrate the purpose of the AIA by increasing the costs associated with reaching a resolution to disputes. The intent of the AIA was to offer a lower cost, streamlined alternative, but how is that accomplished with duplicative efforts of multiple tribunals?

Sotera to the Rescue

IPR petitioners want their cake and to eat it too. They complain about Fintiv and argue that they are being prevented from having the PTAB review their patentability challenges. But that is simply not true. A second precedential PTAB decision in Sotera Wireless, Inc. v. Masimo Corporation, Paper 12, IPR2020-01019 (December 1, 2020), gives IPR petitioners the ability to completely neuter the Fintiv decision of their own accord if they file a stipulation that if an IPR is instituted they will not pursue in district court litigation any ground raised or that could have been raised in the IPR. With that stipulation in place there is no possibility the petitioner is merely looking for a second (or third or subsequent) bite at the apple arguing the same issues raised in parallel proceedings. There would be no overlap between the district court proceeding and any IPR instituted by the USPTO.

A petitioner stipulation that they will not raise issues in district court that were or could be raised in IPR “mitigates any concerns of duplicative efforts between the district court and the Board, as well as concerns of potentially conflicting decisions… ensur[ing] that an inter partes review is a ‘true alternative’ to the district court proceeding.” See Sotera Wireless. The precedential Sotera Wireless decision goes on to explain that such a stipulation “weighs strongly in favor of not exercising discretion to deny institution under 35 U.S.C. 314 (a).”

Avoiding Duplication is Not Anti-AIA

There is simply no need for a legislative “fix” to overrule and undo the Fintiv factors. Petitioners challenging patent rights already have it well within their power to circumvent Fintiv if they will just agree not to seek multiple bites at the same apple.

Short of harassment, what can the possible justification for the Restoring America Invents Act’s circumvention of Fintiv be? Aside from infringers who do not want to pay for technology they have misappropriated, who could possibly view such duplicative efforts as an appropriate use of agency or judicial resources?