“The TRIPS waiver simply allows countries the option to suspend patent enforcement to encourage COVID-19 vaccine production, which makes sense for those countries where current investment has not resulted in vaccine access.” 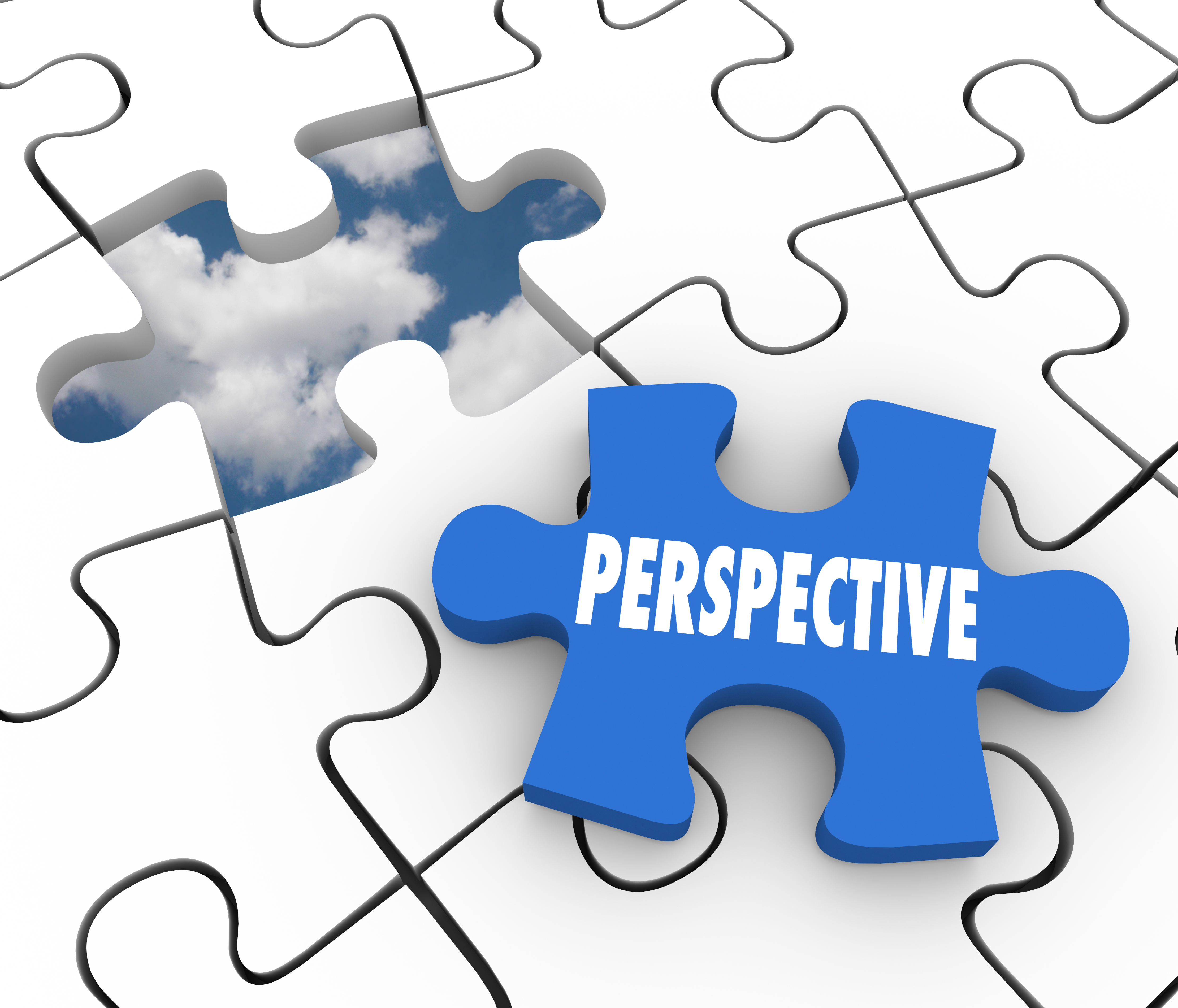 President Biden recently announced his support for easing patent rules surrounding COVID-19 vaccines and other COVID-related intellectual property in the wake of growing crises in India and South Africa. Despite President Biden’s public support, easing the international patent rules requires a unanimous decision on the part of the World Trade Organization (WTO), which is still uncertain. However, with the United States’ announcement, the European Union (EU) will also reportedly consider the issue.

Predictably, major pharmaceutical companies, including the three pharmaceutical manufacturers with vaccines approved for use in the United States — Pfizer, Moderna, and Johnson & Johnson —have lobbied against easing patent rules. But, given the uniquely global reach of the pandemic and the practical barriers to the production and distribution of vaccines on a global scale, it would be a mistake not to provide patent infringement waivers. What is the need? What is the legal issue? And will it make a difference?

According to the Centers for Disease Control and Prevention (CDC), about 580,000 people in the United States have died as a result of the COVID-19 pandemic. At its January 2021 peak, about 280,000 people in the United States contracted the disease daily, and in February 2021, nearly 5,000 people died in a single day. Notably, the worst days of the pandemic came after initial availability of the first vaccines in December 2020. Thankfully, since then, the rate of infections and death has steadily decreased.

The prognosis is not so hopeful, however, in some of the world’s developing nations. India is in the midst of being decimated by the disease. The Indian government reports more than 300,000 new infections per day ? a world record — which accounts for nearly half of all new cases in the world. Yet major news outlets relay that experts believe these numbers are underreported and represent a mere fraction of the country’s actual rate of infection.

In South Africa, a new variant of the virus has emerged, which, according to the World Health Organization, contributed to record case numbers in the region. New COVID-19 cases are also on the rise in Kenya, Ethiopia, Egypt, Libya, and Tunisia. While the global fatality rate has been decreasing, officials in Africa warn about rising fatality rates in the continent, saying that of the 55 countries they monitor, 21 are now reporting fatality rates above the current global average of 2.2%.

These countries complain that access to vaccines has been denied. They further assert that they could attempt to build up their own vaccine manufacturing programs, but for intellectual property concerns—in particular, international treaties that require member countries to enforce patent rights. While there are more significant barriers to vaccine entry and effective distribution beyond patent protection issues, the question is whether allowing countries to stop patent infringement enforcement would remove at least this one obstacle.

The vast majority of countries worldwide are subject to the 1995 Trade-Related Aspects of Intellectual Property Rights (TRIPS) Agreement. The Agreement includes many intellectual property terms and requirements, so that there would be mutual implementation of IP rights around the world.

TRIPS requires that “patents shall be available for any inventions, whether products or processes, in all fields of technology” and “members shall ensure that enforcement procedures as specified in this Part are available under their law so as to permit effective action against any act of infringement.” In short, members have to allow companies with patents to sue companies for patent infringement, to recover damages or even block using the patented technology.

Last year, South Africa and India led the way by officially requesting waivers under the TRIPS provisions, so that the patent protections could be temporarily suspended to address COVID-19 concerns. Their rationale is that the pandemic is an issue that affects the entire world, and that suspending intellectual property enforcement will free up resources and capabilities. The vaccine technology patent-holders naturally oppose the TRIPS waivers, arguing that they spent vast resources to invent patented techniques and international law should preserve the rules in place to protect those patented inventions.

The waiver request was rejected by G7 countries last year, including the United States. Now, however, with the Biden administration’s bold move and the EU expected to confirm its consideration soon, there is momentum to reconsider. India and South Africa plan to resubmit the waiver request in time for the next WTO meetings later in May and on June 8-9.

What Happens If Waivers Are Granted

In an ideal scenario, the world should be developing global policy that meets parallel goals of profit in return for investment and saving lives, particularly for globally transmitted disease. This issue arose in connection with the AIDS epidemic. At that time, TRIPS Agreement members attempted to solve the problem by so-called “compulsory licenses,” where the government could require patent owners to license their technology to others at a low rate. Though a contested issue, it remains as part of the TRIPS program and has been amended over the years. And with typical small molecule drugs, which represent most tablets and capsules available today, taking away patent protection would be like flipping a switch and allowing many more companies to make many more drugs. But patents are only one part of a very complicated scenario, and the proposed patent infringement waiver is unlikely to make more than a marginal impact on the current crisis.

Because vaccine development and the technology for the currently available vaccines are quite complex, some believe the patent waiver would not make any difference without available, regulated facilities that could quickly manufacture approved, safe vaccines. That’s a somewhat short-sighted view, though, because it assumes that no one would invest in or hire talent to develop vaccines in developing countries — or that government programs would not require such development — but for the patent issues that abound. But patents alone are only one part of a very complicated scenario, and the proposed patent infringement waiver is unlikely to make more than a marginal impact on the current crisis for a number of reasons.

The actual manufacture of vaccines is more intricate than making typical pharmaceutical products like tablets or capsules with small molecule drugs. For example, constraints on access to the technology necessary to finalize vaccine testing to ensure it meets necessary quality criteria provides an additional barrier for smaller pharmaceutical companies. As a result, developers, especially small biotechnology companies, are compelled to partner with large manufacturers such as Pfizer and Johnson & Johnson in order to bring products to market.

Moderna’s mRNA-1273 COVID-19 vaccine is purportedly covered by U.S. Patent 10,064,959. That patent discloses a method of synthesizing a synthetic messenger ribonucleic acid (mRNA) that issues a message and triggers the body’s innate immune response. The body makes antibodies that can later identify the coronavirus and destroy it. While the patent is to that concept, it is not an instruction book on how to run a manufacturing facility; that still takes tremendous know-how that is not publicly or easily available.

Even with the know-how and the physical processing capability, still among the more critical obstacles have been the availability of basic raw materials (e.g., buffers, resins, sodium chloride), consumables (e.g., single-use bags, tubing, sterile filters), and fill/finish (e.g., vials, stoppers). These materials are essential, and even before the current pandemic, biological manufacturing equipment and supplies shortages had been an issue.

Still, one thing is for sure: there is no incentive even to build a new vaccine program in a developing country, which could see lower profits than other countries, and face greater overhead cost and risk of patent infringement lawsuits. Maintaining the current patent protection policies serves as an impediment to the progress of world health and solutions to future pandemics. Patent protection exists to incentivize innovation in exchange for teaching the world how to do so in a published patent. That exchange is meaningless, however, when the world cannot benefit — whether in the short term or long term — without access to the technology to practice a patent’s teachings. This is not for lack of infrastructure, as countries like India have the capacity to grow and build quickly, but rather for lack of cooperation. This is particularly true for the companies who obtained substantial government funding to develop their vaccines, without any reciprocal obligations to meet government or international objectives.

Companies that oppose the waiver know that there is unlikely to be serious competition overnight. Instead, their concerns may be more along the lines of what comes next: will every new drug program be subject to free usage without patent protection?

These concerns are unfounded based on the current proposal, which is limited to COVID-19 and has taken substantial international efforts and official international law amendments. Even with the waivers in place, this is not a situation where companies can make cheap versions abroad and then import them into the United States to compete with more expensive patented versions; the United States will continue to enforce its patent laws. The TRIPS waiver simply allows countries the option to suspend patent enforcement to encourage COVID-19 vaccine production, which makes sense for those countries where current investment has not resulted in vaccine access.

Let’s Learn From This Experience

Without a global policy, the world will inevitably repeat the same experience it has suffered over the past year. Instead, we must recognize that global intellectual property policy is a part of a global health policy that promotes the sharing of technological know-how, addresses manufacturing and supply obstacles, and establishes equitable profit and sharing principles for life-saving drugs that affect the world. These are not one-country issues, as the past year has reminded us. Other more common life-saving drugs, like insulin, also need to be discussed because of the vast need for them and ever-increasing costs.

The patent waiver should be implemented, not only for public health, but also for overall economic growth in sectors far beyond pharmaceutical companies that make vaccines. Notwithstanding the fall in pharmaceutical share prices in the wake of President Biden’s announcement, a waiver of the patent protections for COVID-19 and future infectious diseases will ultimately benefit the global economy. It is difficult to forget that a year ago, supply chain interruptions affected distribution worldwide. Lockdowns, which will continue in the absence of robust vaccine policies, will continue to impact global industries like airlines, tourism, and real estate.

Learning from the experience of the past year, the world should implement policies including promoting the sharing of technologies that may assist to stave off and limit the impact of future pandemics. The intellectual property waiver makes common sense, is limited in scope, and is the right thing to do.

Imron Aly is co-leader of Schiff Hardin’s Intellectual Property Group and co-chair of the firm’s Hatch-Waxman and Biosimilars patent litigation team. A trial lawyer who serves as lead counsel on dozens of [...see more]