Assessing the Damage from Our COVID Technology Giveaway

“The decision to abandon the traditional U.S. defense of the patent system, blaming it without any evidence as a barrier to producing desperately needed vaccines for the developing world is a real body blow…  Particularly galling is that we’re voluntarily harming ourselves.” 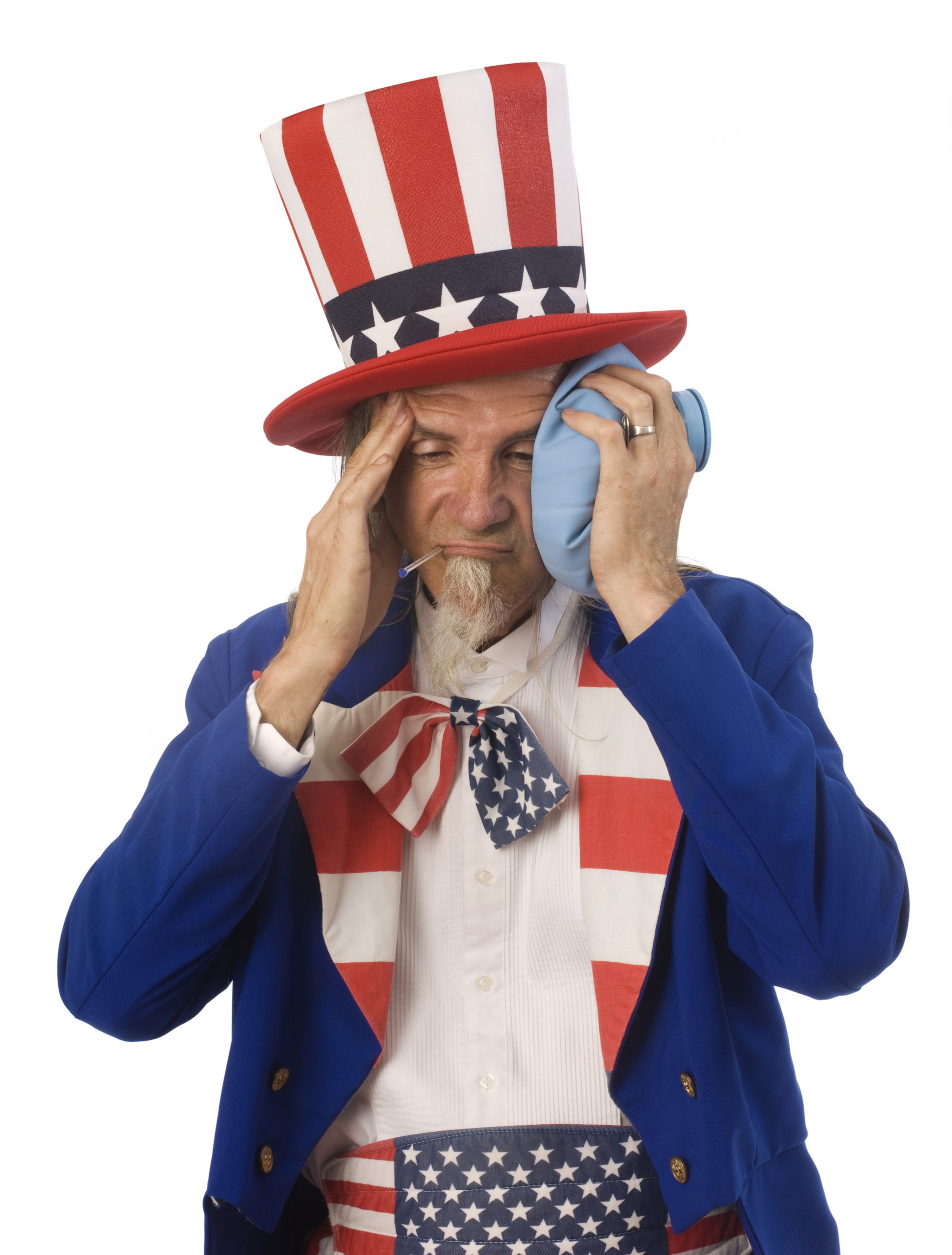 The implications of the announcement that the Biden Administration will support efforts to waive intellectual property protection for COVID-19 vaccines and therapies is still sinking in. The Wall Street Journal wrote two editorials in three days, the second more blistering than the first. “Biden’s Vaccine IP Debacle” begins: “… [T]his may be the single worst presidential economic decision since Nixon’s wage-and-price controls.” Not to second guess the paper, but President Nixon’s decision only harmed our economy—this one threatens both our economy and our health far into the future.

In one fell swoop he has destroyed tens of billions of dollars in U.S. intellectual property, set a destructive precedent that will reduce pharmaceutical investment, and surrendered America’s advantage in biotech, a key growth industry of the future. Handed an American triumph of innovation and a great soft-power opportunity, Mr. Biden throws it all away.

The decision to abandon the traditional U.S. defense of the patent system, blaming it, without any evidence, as a barrier to producing desperately needed vaccines for the developing world, is a real body blow. Even worse, this dagger is mainly aimed at U.S. industry, as no one is clamoring for Chinese or Russian patents and know-how. Particularly galling is that we’re voluntarily harming ourselves. In the words of the old comic strip Pogo: “We’ve met the enemy and he is us.”

One of the first orders of business after a disaster is to assess the damage. Here’s some of the most likely if this decision gets implemented by the World Trade Organization.

Despite the rhetoric, the problem with producing more COVID-19 vaccines to meet world demand isn’t patents, it’s the complexity of manufacturing using brand new technologies so that the product is both safe and effective. That’s no easy task.

Just before the Administration’s announcement, The Washington Post ran an editorial titled “A patent-free ‘people’s vaccine’ is not the best way to help poor countries,” stating:

The most salient fact is that patents on vaccines are not the central bottleneck, and even if turned over to other nations, would not quickly result in more shots. This is because vaccine manufacturing is exacting and time-consuming. Look at the production difficulties encountered by Emergent BioSolutions, a vaccine manufacturer in Baltimore, where 15 million doses were contaminated. That was caught before the shots were distributed, but one can imagine the horrific consequences of a failure to maintain quality control elsewhere in the world.

Hard-pressed Brazil learned this lesson at a painful cost. It had to suspend use of the Russian vaccine because of concerns about its safety, a move endorsed by a leading virologist over fears “about the integrity of the manufacturing process.”

Ironically, U.S. vaccine patent owners are licensing their technologies to responsible manufacturers around the world, ensuring that they will be safely made, as their reputations depend on it. These companies are also vital players in the global fight to detect and seize harmful counterfeit COVID-19 vaccines. The World Health Organization warned that criminal gangs are becoming actively involved in the sale of fake vaccines on the dark web.

Who’s going to fill the oversight role of patent owners when their technologies and know-how are forcibly taken away and made available to anyone—skilled or not?

A Stab in the Back that Won’t Be Forgotten

The Biden Administration was extraordinarily fortunate to come into office inheriting not only the most effective COVID-19 vaccines developed under Operation Warp Speed, but with widespread vaccination programs already rolling out across the nation. The companies which developed these vaccines brought significant expertise and resources to the table, re-prioritized their R&D to meet an international emergency, and complied with every requirement placed on them by the U.S. government. They are doing everything they can to increase production to meet the needs of the world population.

So how must they feel after the Administration that profited from their efforts threw them under the bus as soon as it became politically expedient?

In its editorial, “Biden’s Vaccine Patent Theft: Who will invest in future therapies when the White House helps other governments steal?” The Wall Street Journal noted that: “Once stolen, IP on breakthrough innovations like Moderna and Pfizer-BioNTech mRNA vaccines can’t be returned.” It continued:

The Administration’s WTO (World Trade Organization) waiver will break patents and legal protections for vaccine makers. Investors will be less likely to fund new drug research if they think their own government will betray them under political pressure.

A fundamental underpinning of our economy is public/private sector R&D partnerships, which vaulted the U.S. into leadership in every field of technology. These partnerships are built on trust that resulting agreements are reliable so companies will assume the necessary risk and expense of turning federally funded discoveries into useful products. Can they believe that now?

One year ago, the FBI and Department of Homeland Security issued a high-level warning that Chinese agents were “attempting to identify and illicitly obtain valuable intellectual property and public health data related to vaccines, treatments, and testing from networks and personnel affiliated with COVID-19- related research.”

China prioritized stealing mRNA technology and know-how. It’s a revolutionary new way of making drugs and vaccines, with applications far beyond COVID. Moderna worked on it for over 10 years and Novavax for three decades, according to The Wall Street Journal. The article added: “Waiving IP protections for Covid vaccines and medicines will give away America’s crown pharmaceutical jewels and make the U.S. and the world more dependent on India and China for pharmaceuticals.”

The top Chinese disease control official acknowledged their current COVID vaccines “don’t have very high protection rates” while praising the benefits of the mRNA vaccines considered most effective, those of Pfizer-BioNTech and Moderna.

China must be astounded that we’re giving them an essential tool to end our domination of the life sciences. And to make it even sweeter, our U.S. Trade Representative– who’s talking tough about cracking down on Chinese IP theft– will take the lead in the effort to hand it over. No wonder the Chinese see us as a nation in decline. They may have a point.

Perhaps Lectures from Germany and France Will Wake Us Up

If anyone thought that giving away our COVID IP would appease the zealots, they now know better. Rep. Alexandria Ocasio-Cortez gleefully tweeted “Let’s do insulin next” as soon as she saw vaccine makers stock’s plunge with the President’s announcement.

An op-ed in The Guardian proclaimed:

To learn the lessons of a year lost to Covid-19 – and to prepare for a long century of recurring health emergencies – the temporary Trips [the Trade-Related Aspects of Intellectual Property Rights (TRIPS) Agreement] suspension must give way to a total transformation of the pharmaceutical patent system. Pausing the gears of the killing machine is not enough. Our obligation is to dismantle it.

One would assume the Congresswoman and the op-ed authors declined to take the vaccines made by our evil patent system, trusting their health to Russian or Chinese vaccines instead.

One glimmer of hope was the announcement by Chancellor Angela Merkel that Germany will not support the Biden Administration’s giveaway. Her spokesperson said: “”The protection of intellectual property is a source of innovation and must remain so in the future.”

French President Emmanuel Macron agreed, saying: “What is the current issue? It is not really about intellectual property. Can you give intellectual property to laboratories that do not know how to produce and will not produce tomorrow? The main issue for solidarity is the distribution of doses.”

It’s humbling that we apparently need reminders from Germany and France about how innovation works. After all, the importance of secure intellectual property ownership is prominently enshrined in our Constitution. Apparently, these are lessons that our leaders forgot—or never knew.