“Although [Floyd] was no less exacting on bad patents, he did appear to be more patent-friendly than the previous generation of judges, and oversaw a period of increasing numbers of patent cases being litigated in this jurisdiction. We will be following his precedent-setting judgments for a long time to come.” – Katharine Stephens, Bird & Bird 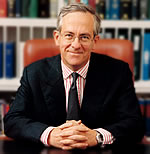 One of the specialist IP judges in the England and Wales Court of Appeal, Lord Justice Floyd, retired on February 10, 2021. He had been a Lord Justice of Appeal since 2013 and was previously a judge in the High Court for six years.

Lord Justice Floyd wrote many significant judgments in IP cases during his career, and will also be familiar to many readers due to his contributions to events such as the Fordham IP Conference, which he often attended.

Floyd was a member of the three-judge panel in the Unwired Planet appeal and wrote the Court of Appeal judgment in Huawei v. Conversant. Both decisions concerned licensing of standard essential patents and were upheld by the UK Supreme Court in its judgment last August (reported on IP Watchdog here).

He played a significant role in the development of the law on “plausibility” in the litigation over the drug pregabalin, which was finally decided by the UK Supreme Court in 2018. He also wrote the Court of Appeal judgment in Actavis v. Eli Lilly, which resulted in the Supreme Court ruling on the doctrine of equivalents in 2017. Floyd discussed this judgment in his short opinion in the Icescape case.

In addition to patent rulings, Floyd wrote a number of influential judgments in copyright and trademark cases, including the Cadbury purple color case, the Florence Foster Jenkins case on joint copyright and the London Taxi Company case on shape trademarks.

The courts in London continue to be busy with patent cases, particularly in complex telecoms and pharmaceutical cases, and there have been several recent judicial appointments and promotions.

IP specialists Lord Justice Arnold and Lord Justice Birss are members of the Court of Appeal (appointed in 2019 and on January 25 2021 respectively), while Lord Kitchin sits on the UK Supreme Court.

Two former IP barristers have recently been appointed to the High Court: Mr Justice Meade and Mr Justice Mellor. They are likely to hear the most technically complex patent cases. Other High Court judges and deputy judges also hear IP cases. His Honour Judge Hacon is the presiding judge at the IP Enterprise Court, which handles smaller and lower-value disputes. Scotland and Northern Ireland have separate systems and their own judges.

IP practitioners in the UK generally appreciate the knowledge and experience of judges, most of whom have practiced for many years at the bar. However, the judiciary is criticized for its lack of diversity, and that criticism is particularly pertinent in the patent area.

Commenting on Floyd’s retirement, Katharine Stephens, co-head of IP at Bird & Bird, said: “His combination of experience, intellectual rigor and courteousness meant that when you had a case before him, you knew that your clients could be confident that they would be listened to and feel that they had been heard whether the decision went against them or not. Although he was no less exacting on bad patents, he did appear to be more patent-friendly than the previous generation of judges, and oversaw a period of increasing numbers of patent cases being litigated in this jurisdiction. We will be following his precedent-setting judgments for a long time to come.”

Akash Sachdeva, a partner of Joelson, said: “Lord Justice Floyd, or Christopher Floyd QC as he then was, gave me my first legal job as a pupil in his chambers, 11 South Square. He has always been fiercely intelligent and a brilliant advocate and judge He is also kind, generous and full of humor. He took all of those qualities with him to the bench and has been one of the leading lights of the patent judiciary for many years. I wish him nothing but the best on his retirement. “

Professor Johanna Gibson, Herschel Smith Professor of Intellectual Property Law at the Centre for Commercial Law Studies, QMUL, said: “Christopher is an enormous presence in the intellectual property community. Tremendously kind, generous, and brilliant. Whether speaking to students or to established names of many years, he has always had an astonishing ability to make every individual feel valued and heard. I am immensely honored to know him.”