Should We Require Human Inventorship? Submit Your Amicus Brief by March

“If an uninvolved third party has opinions as to whether a patent office should prohibit, permit, or require an artificial intelligence algorithm to be listed as an inventor, the opportunity for submitting thoughts (e.g., via an Amicus Brief or Third Party Observation) is now.” 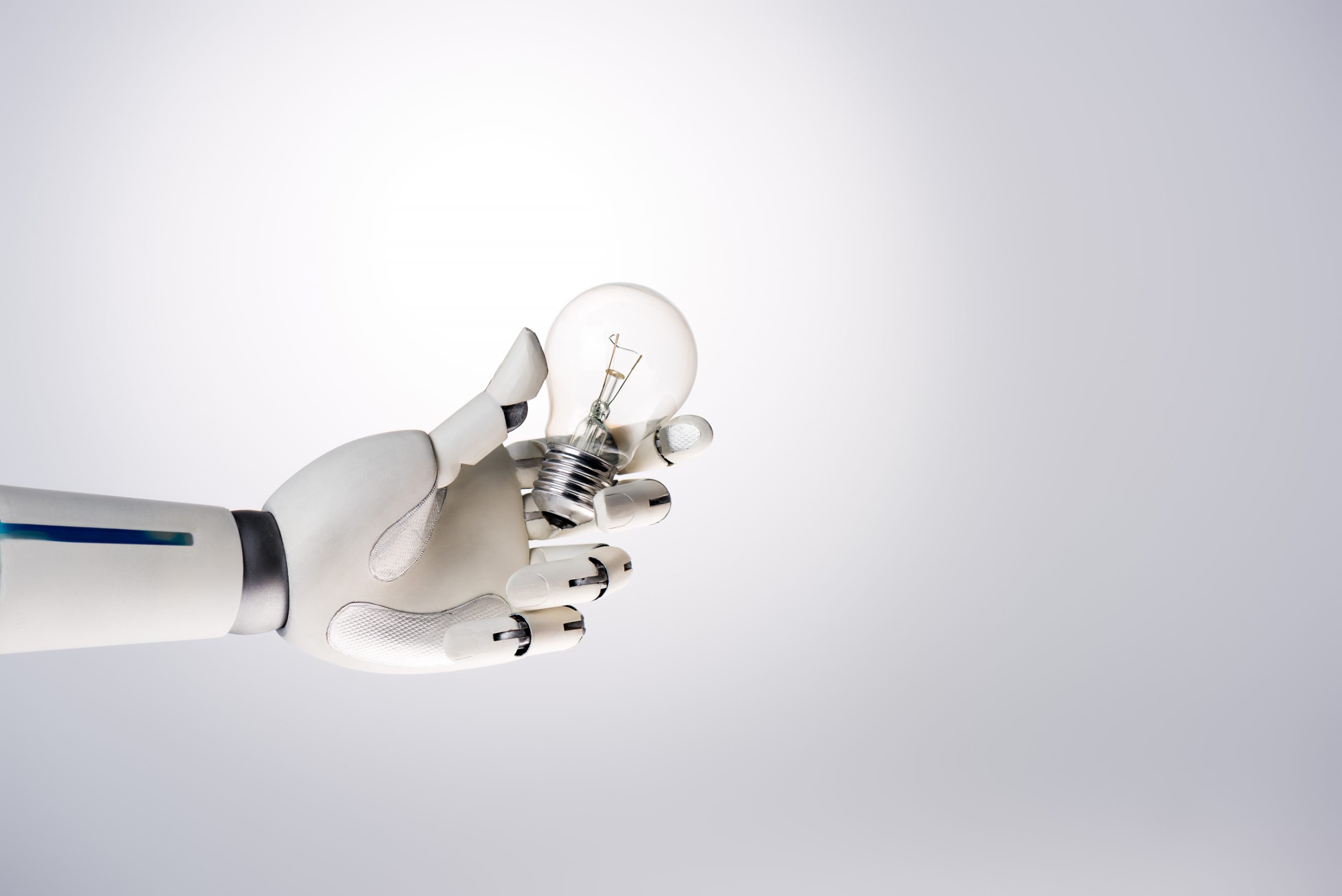 Patent systems around the globe offer a quid pro quo that exchanges limited monopolies for disclosures of inventions. Most patent filings list: (1) the inventor(s); and (2) the applicant. The applicant may be an assignee (e.g., company, university, organization, etc.) with rights to seek patent protection on innovations that were identified during employment and that were within a scope of employment. Frequently, the assignee is a current or former employer of the inventor(s).

In some jurisdictions (e.g., in the United States), the inventor(s) hold the rights to prosecute the patent application and assert any resulting patent unless and until the inventor(s) assign those rights to another entity (which is frequently done in employment and work?for?hire contracts). In some jurisdictions (e.g., the European Union), it is presumed that the party that applied for a patent holds the rights to the patent application.

Recently, this issue has been pressed by Dr. Stephen Thaler and his legal team (led by Ryan Abbott). Dr. Thaler had applied for multiple patents without listing any human inventors in the application. The assertion was that an artificial intelligence algorithm, named Device for the Autonomous Bootstrapping of Unified Sentience (DABUS), identified each of two inventions. DABUS includes multiple neural networks (each trained in a given linguistic subspace) that are dynamically connected using controlled chaos. Further, DABUS includes a novelty filter to predict which chains of neural networks represent novel sentiments and a foveator neural network to predict which chains represent sentiments having a target utility. One of the patent applications was for a food container with walls having fractal profiles (which may prevent stacked containers from sticking to each other). Another of the patent applications was for a warning light that flashed with a temporal sequence (having a particular fractal dimension) predicted to be particularly effective in grabbing attention of a person.

Multiple patent offices have asserted that the DABUS patent applications did not comply with patent requirements due to the absence of a listing of a human inventor. In the United States, the USPTO rejected U.S. Patent Application Numbers 16/524,350 and 16/524,532, contending that artificial intelligence (AI) systems cannot be listed or credited as inventors on a U.S. patent. One of these decisions was published and states that an “inventor” under current patent law can only be a “natural person.” The USPTO explained that the relevant statutory provisions governing patents consistently refer to inventors as natural persons and interpreting the term “inventor” to include machines “would contradict the plain reading of the patent statutes that refer to persons and individuals.” The USPTO also referred to several Federal Circuit precedents to support the conclusion that an inventor must be a natural person. With reference to Univ. of Utah v.Max-Planck-Gesellschafl zur Forderung der Wissenschaflen e. V, the USPTO explained that the Federal Circuit has ruled that a state could not be an inventor because inventors are individuals who conceive of an invention and conception is a “formation of the mind of the inventor” and “a mental act”. The USPTO reasoned that “conception—the touchstone of inventorship—must be performed by a natural person.” The Applicant has appealed these rejections to the Eastern District of Virginia (E.D. Va.).

This ruling by the USPTO followed similar stances adopted by the European Patent Office (EPO) and the UK Intellectual Property Office (UKIPO), each of which rejected patent application(s) that designated DABUS as the inventor. Under the European Patent Convention (EPC), the rules require the patent application to designate the inventor in terms of their family name, given names and full address. In its DABUS decisions, the EPO considered that the interpretation of the rules of the EPC led to the conclusion that the inventor designated in a European patent had to be a “natural person.” The EPO explained that inventorship conferred various legal rights, but that to exercise them “the inventor must have a legal personality that AI systems or machines do not enjoy”. The Applicant has appealed these rejections to the Board of Appeals at the EPO.

In the UK, patent law rules around inventorship are expressed somewhat similar to the U.S. The inventor is said to be the “actual deviser” of the invention. According to case law, there are two requirements underlying this concept. First, they must be a natural person. Second, they must have contributed to the inventive concept. The UKIPO’s DABUS decision centered on the first requirement and came to similar conclusions to the EPO. Referring to the rule and legislative framework that also underlies the EPC, the UKIPO agreed that a natural person had to refer to a human.

The DABUS cases have the potential to reshape the ownership of patents across the world.

If initial ownership is granted to algorithms: How will society adapt (potentially through contracts) with increasingly powerful software that is developed by one entity and licensed or sold to another entity? How will we distinguish between a human’s conception of an invention and a machine’s contribution that displaces part or all of such conception? How will we respond to computer code that is dynamically changing in response to edits from many programmers and that has capabilities that evolve due to an ever-changing big-data set?

However, if the “inventive” contribution of algorithms is not recognized: Might we have some entities claiming undue credit for inventions? May some entities choose not to develop or commercialize an innovation due to a lack of the possibility for market exclusivity? Would the development of more powerful artificial intelligence algorithms or applications be thwarted due to reduced market potential?

If an uninvolved third party has opinions as to whether a patent office should prohibit, permit, or require an artificial intelligence algorithm to be listed as an inventor, the opportunity for submitting thoughts (e.g., via an Amicus Brief or Third Party Observation) is now. While it is true that such opportunities may arise again as these decisions are appealed (which the authors predict they will be), outlining the discussion points at this stage may be particularly advantageous. The amicus may have the opportunity to shape the discourse, be one of few perpetual “friends of the court”, and make an impact on the outcome of cases of significance and on the development of patent law.

We recommend that parties who regularly use or develop AI in their innovation pipelines consider this opportunity. The authors acknowledge that there is a wide spectrum in terms of the degree to which AI may be involved in an invention pipeline. In some instances, a first party may identify a problem and a target type of solution and use an AI algorithm (coded by the first party or by another party) to generate a solution of the target type for the problem. As AI advances, it is conceivable that a problem identified by a human may become of a higher level of generality, that an AI algorithm may itself identify more specific problems to solve to address the general goal, and/or that an AI algorithm may be able to itself detect when a solution is sufficiently new and useful to justify potential patent pursuits. The DABUS cases have the potential to influence whether and/or how any party would be allowed to pursue patents in these latter instances. Thus, the authors submit that it may be particularly important and helpful to the courts to receive input from “friends” (via an amicus brief or Third Party Observation) that dives into the current power of artificial intelligence algorithms, the potential capabilities of artificial intelligence algorithms, and/or how various inventorship requirements (that may prohibit, permit, or require listing an AI algorithm in defined circumstances) have the potential to influence innovation.

Rodney Rothwell Rodney Rothwell is a partner with Kilpatrick Townsend.  He is a registered patent attorney who focuses on US and foreign patent preparation and prosecution; post grant proceedings both domestic and [...see more]