“At the first opportunity, the Federal Circuit should determine in a precedential opinion that a patent issued or reissued after October 2019 is entitled not only to the presumption of validity that Congress granted, but also Skidmore-Mead deference.” 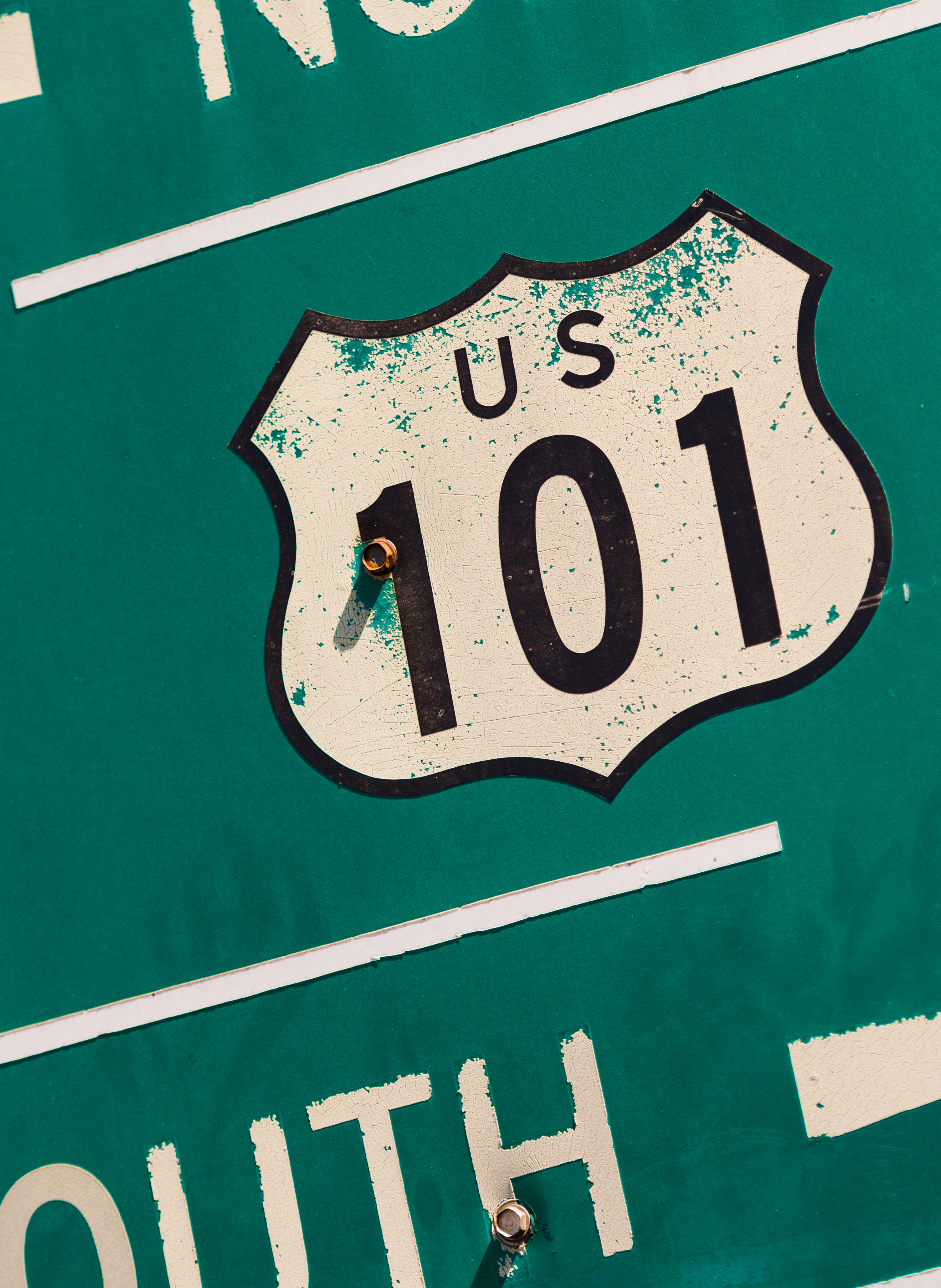 Judge Kimberly Moore, in a comprehensive and insightful opinion dissenting from the denial of the petition for rehearing en banc in Athena Diagnostics, Inc. v. Mayo Collaborative Servs., 927 F.3d 1333 (2019), emphasized that the lack of clarity in Section 101 jurisprudence is one of the most critical issues in patent law. Sensing no interest by her colleagues in crafting an opinion with sufficient common denominators to provide instructions to trial judges on how to navigate the cross-currents created by Federal Circuit decisions post-Mayo/Alice, Judge Moore advised litigants: “Your only hope lies with the Supreme Court or Congress.” Id. at 1363.

Not now. Several months after Athena, the USPTO took the initiative to issue a guidance document “October 2019 Update: Subject Matter Eligibility,” in response to requests by numerous stakeholders for more clarity and predictability. Consequently, in light of well-established Supreme Court precedent in administrative law, there is every reason for the Federal Circuit to now adopt the analysis of these Guidelines in future Section 101 cases.

the rulings, interpretations and opinions of [an agency], while not controlling upon the courts by reason of their authority, do constitute a body of experience and informed judgment to which courts and litigants may properly resort for guidance. The weight of such a judgment in a particular case will depend upon the thoroughness evident in its consideration, the validity of its reasoning, its consistency with earlier and later pronouncements, and all those factors which give it power to persuade, if lacking power to control.

Over 50 years later, in United States v. Mead Corp., 533 U.S. 218 (2001), the Court reaffirmed Skidmore’s vitality, but suggested that courts also could consider “the degree of the agency’s care, its consistency, formality, and relative expertness, and . . . the persuasiveness of the agency’s position.” Id. at 228; see also id at 235 (also mentioning “thoroughness,” “logic,” and “consistency with prior interpretations”).

Together, Skidmore-Mead reinforced the principle that a federal court does not abdicate the job of saying what the law is by deferring to an agency’s determination, so long as relevant factors evidence that the agency is in a superior position to interpret a statute that Congress charged it with implementing. See Bradley Lipton, Accountability, Deference, and the Skidmore Doctrine, 119 Yale L.J. 2096, 2120-22 (2010); see also id at 2129 (“Delegated authority, expertise, and political accountability are all sensible reasons for deferring to agencies.”).

The Guidelines Meet the Skidmore-Mead Standard

How, then, do the USPTO Guidelines on Subject Matter Eligibility fare under Skidmore-Mead?  As to “formality,” the USPTO published a Notice of Intent to issue Revised Patent Subject Matter Eligibility Guidance proposing revisions to three sections of the Manual of Patent Examining Procedure. See 84 Fed. Reg. 50, (Jan. 7, 2019). Several proposals were of particular note. First, the robust description of the “key concepts” of abstract ideas: “Mathematical concepts;” “Certain methods of organizing human activity;” and “Mental processes.” Id. at 52. Second, the granular restatement of the Mayo/Alice “two step” framework: “[I]f a claim recites a judicial exemption (a law of nature, a natural phenomenon, or an abstract idea . . . it must then be analyzed to determine whether the recited judicial exception is integrated into a practical application of that exception. A claim is not ‘directed to’ a judicial exception, and thus is patent eligible, if the claim as a whole integrates the recited judicial exception into a practical application of that exception.” Id. at 53 (emphasis added). In other words, “eligibility rejections are to be applied only to claims that recite subject matter within the defined categories of judicial exemptions.” Id. All public comments received were posted on the USPTO’s website.

As for “thoroughness,” the USPTO staff took nine months to review all of the public comments. In addition, Under Secretary and USPTO Director Andrei Iancu traversed the country to discuss the proposed analysis and procedure to numerous industry and bar associations. As a result of that effort, the final “October 2019 Update: Subject Matter Eligibility” Guidelines consisting of eighteen pages of text, with eighty-seven supporting footnotes, were issued. (Available at October 2019 Update: Subject Matter Eligibility (uspto.gov).) In addition, three Appendixes also were provided. The first lists practical examples in the Life Sciences & Data Processing fields to address “major themes” from comments received. The second is a comprehensive index of examples deemed eligible subject matter. The third explores Section 101 jurisprudence, evidencing both the “thoroughness” and “logic” requirements of Skidmore-Meade that Judge Michel described as “carefully and logically synthesiz[ing] the case law on eligibility.” Judge Paul Michel (Ret.), Is 2019 the Year Clarity Returns to Section 101? Judge Paul Michel Is Hopeful, IP WatchDog.com (Jan. 24, 2019), available at Judge Paul Michel: Is 2019 the Year Clarity Returns to Section 101? (ipwatchdog.com).

As for the “expertness” and “specialized experience,” the USPTO employs over 10,000 engineers, scientists, attorneys, analysts, and computer specialists dedicated to “foster[ing] innovation, competitiveness, and economic growth.” The USPTO is clearly the institutional repository of the nation’s patent expertise and the primary voice within the federal government on matters of patent policy. Since the USPTO does not have rulemaking authority, the Guidelines on  Subject Matter Eligibility are not entitled to the higher degree of deference afforded under Chevron U.S.A. Inc. v. Natural Res Def. Council, Inc., 467 U.S. 837 (1984). Nevertheless, they have been well received and have brought clarity and predictability to the application of Mayo/Alice. See “Adjusting To Alice,” USPTO Chief Economist (April 23, 2020) (reporting that one  year after the  Guidelines, the likelihood of Alice-affected technologies’ receiving a first-office action with a rejection for patent-ineligible subject matter decreased by 25%. Uncertainty about patent subject matter eligibility in the first action stage of patent examination decreased by 40%.).

The suggestion that the Federal Circuit should afford deference to the analysis of the USPTO Guidelines on Subject Matter Eligibility has a historical precedent. Section 7 of the Clayton Act, as amended in 1950 (“Section 7”), prohibits mergers and acquisitions “where in any line of commerce or in any activity affecting commerce in any section of the country may be substantially to lessen competition or tend to create a monopoly.” 15 U.S.C. § 18. In the 1960s, the Supreme Court issued a series of opinions that provided no evidentiary standards by which a court could determine whether Section 7 was violated. In Brown Shoe Co. v. United States, 370 U.S. 294 (1962), the Court allowed the merger of two retail shoe companies, with a combined market share of fifty seven in 118 cities, while acknowledging that Section 7 provided no   benchmarks that would indicate whether a merger “may lessen competition.” Id. at 311-323. In United States v. Philadelphia Nat’l Bank, 373 U.S. 321 (1963), the Court held that a merger was presumptively unlawful, where the surviving firm had a 30% market share with a 33% increase in concentration, even though there was no record evidence of anticompetitive harm. Id. at 326. And, in United States v. Vonn’s Grocery Co., 384 U.S. 270 (1966), the Court prohibited the merger of two grocery store chains with a combined market share  less than 9%, citing a “national policy” to prevent “economic concentration in the American economy by keeping a large number of small competitors in business.” Id. at 275. As a result of these cases, horizontal mergers largely were abandoned, but a shopping spree of conglomerate mergers ensued funded by the assumption of heavy debt and massive layoffs. See Timothy M. Hurley, The Urge To Merge: Contemporary Theories on The Rise of Conglomerate Mergers in the 1960s, 1 J. Bus. & Tech. L. 185 (2006).

To discourage the resulting adverse effect on the economy, the Antitrust Division of the Department of Justice issued Merger Guidelines in 1968 announcing that future merger enforcement decisions would be made utilizing the “structure-conduct-performance” framework of industrial organization economics then in vogue at the Harvard Business School. See John T. Miller, Jr., Conglomerates, Conglomerate Mergers, and the Federal Antitrust Laws, 44 St. John’s L. Rev. 613, 615 (1970). These Guidelines were the work-product of former Assistant Attorney General Donald J. Turner, his then Special Assistant, Stephen Breyer, and Richard Posner. (Associate Justice Stephen G. Breyer, Donald Turner, 41 Antitrust Bull. 725, 727 (1996) (recalling that while playing golf, Assistant Attorney General Turner dictated the first draft of the 1968 Merger Guidelines to his Special Assistant, Stephen Breyer). Subsequently, Chicago School economists demonstrated that the 1968 Merger Guidelines relied too heavily on market concentration to predict market behavior and ignored efficiencies. Consequently, the Merger Guidelines were reissued jointly in 1982 with the Federal Trade Commission and later revised in 1984, 1997, and 2010 to address issues the agencies encountered in enforcement.

The lesson learned is that agency guidelines can provide a more informed path toward developing a consensus on what a law means and how it should be enforced, particularly in a time of changing economic conditions and rapid technological advancements. See generally, Robert A. Anthony, Interpretive Rules, Policy Statements, Guidances, Manuals, and the Like—Should Federal Agencies Use Them To Bind The Public? 41 Duke L.J. 1311 (1992).

The Federal Circuit Must Act to Provide Clarity

On April 1, 2019, in a nonprecedential decision, Cleveland Clinic Found. v. True Health Diagnosis, LLC, No. 2018-1218, slip op. (Fed. Cir., April 1, 2019), a Federal Circuit panel upheld a judgment determining that the claims at issue were invalid under Section 101 since  they were “directed to a natural law,” without any “additional inventive concept.” Id at 9, 11. In the alternative, the panel held that the district court did not err in declining to afford Skidmore-Meade deference to an examiner’s decision to allow the patent in light of a May 4, 2016 USPTO guidance document. Id. at 12-13. The panel, however, did not undertake any analysis of the Skidmore-Meade factors, but instead opined:

While we greatly respect the PTO’s expertise in all matters relating to patentability, including patent eligibility, we are not bound by its guidance. And, especially regarding the issue of patent eligibility and the efforts of the courts to determine the distinction between claims directed to natural laws and those directed to patent-eligible application of those laws, we are mindful of the need for consistent application of our case law.

The panel, however, failed to recognize the irony in this rationale.

The 1968 Merger Guidelines and its progeny brought clarity and predictability to that area of antitrust law. The October 2019 USPTO Guidelines portend the same success with patent eligibility. Therefore, at the first opportunity, the Federal Circuit should determine in a precedential opinion that a patent issued or reissued after October 2019 is entitled not only to the presumption of validity that Congress granted, but also Skidmore-Mead deference. Former Chief Judge Michel agrees that the Federal Circuit should find the USPTO Guidelines “persuasive, at least. Given the years of jurisprudential confusion, the courts ought to give serious weight to the USPTO’s careful consideration of these issues.” (Emphasis added.) Let us hope so—since bringing clarity and predictability to patent law was the raison d’être for the creation of the Federal Circuit.