“Given the Federal Circuit’s commitment to Celgene as controlling precedent, only intervention by the Supreme Court, before which Celgene’s petition for certiorari is currently pending, may be able to untangle this mess.” 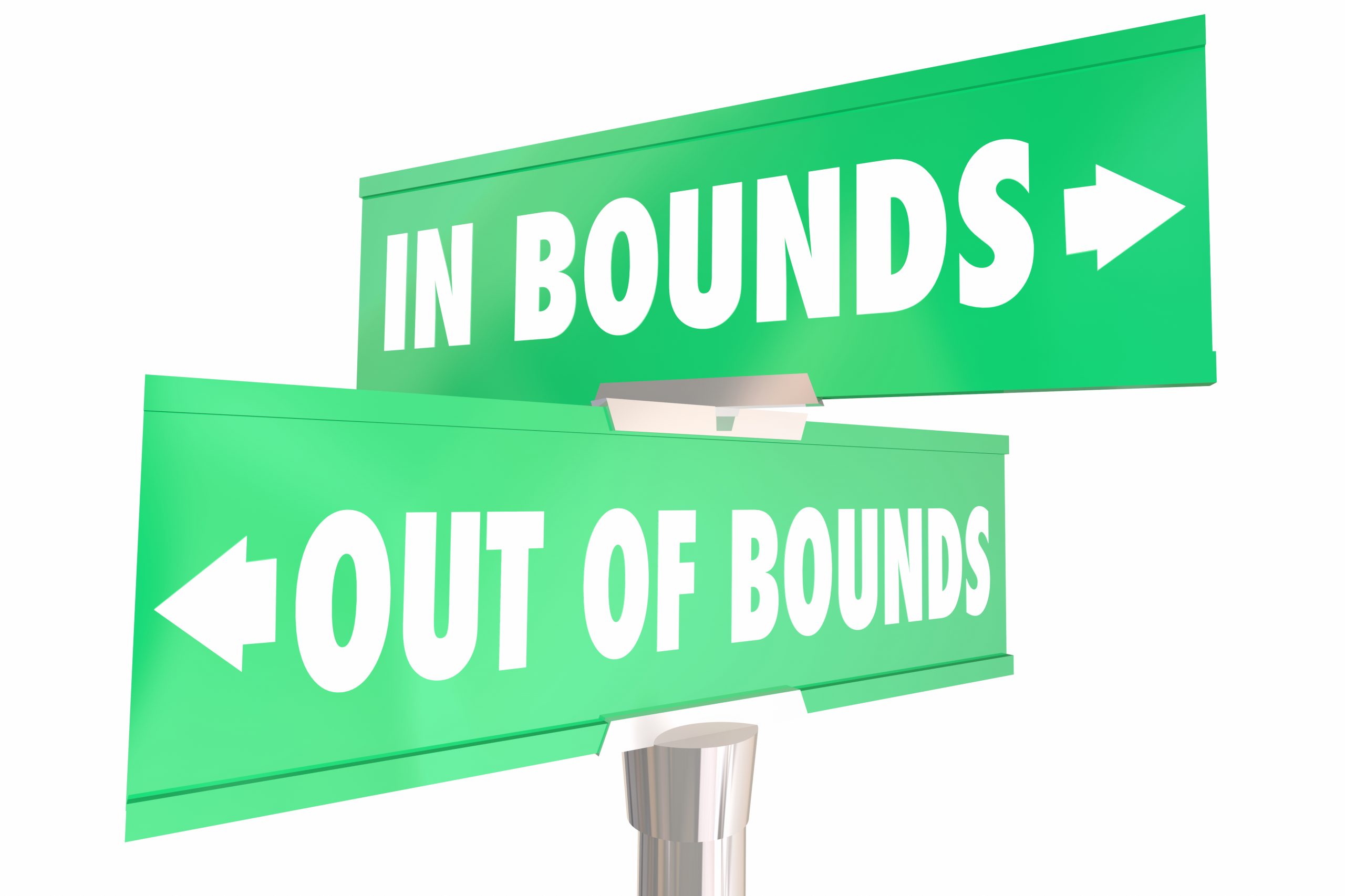 Last week, in Golden v. United States, the Federal Circuit again rejected the argument that the cancellation of a patent in an America Invents Act (AIA) post-grant proceeding violates the Fifth Amendment’s Takings Clause. Just as it did in other cases raising Patent Trial and Appeal Board (PTAB)-related Takings Clause issues, the appellate court in Golden relied on its July 2019 decision in Celgene Corp. v. Peter (931 F.3d 1342 [Fed. Cir. 2019]), rejecting the Takings Clause argument on the merits. See Collabo Innovations, Inc. v. Sony Corp., 778 F. App’x 954, 961 (Fed. Cir. 2019); Enzo Life Sci., Inc. v. Becton Dickinson & Co., 780 F. App’x 903, 911 (Fed. Cir. 2019). But unlike these previous decisions, the Federal Circuit’s analysis in Golden also included discussion and resolution of an important threshold jurisdictional question—an issue that, as we argued in a November 2019 IPWatchdog piece, should have precluded the Federal Circuit from reaching the merits of the Takings Clause argument in Celgene in the first place.

This produces the strange result where the Federal Circuit in Golden was bound to apply the law from Celgene on an important constitutional issue that, according to the reasoning of Golden, the Federal Circuit did not have jurisdiction to address in Celgene. Given the Federal Circuit’s commitment to Celgene as controlling precedent, only intervention by the Supreme Court, before which Celgene’s petition for certiorari is currently pending, may be able to untangle this mess.

In Golden, the pro se patent owner filed suit under the Tucker Act (28 U.S.C. § 1491) in the Court of Federal Claims, seeking compensation for, among other things, two different types of alleged takings by the federal government. First, he argued that the United States effected a taking of his patent rights by using and manufacturing (that is, infringing) his patented invention. Second, he argued that the cancellation of certain patent claims during an inter partes review (IPR) proceeding (instituted on a petition filed by the Department of Homeland Security) constituted a taking of his patent which required compensation. The Court of Federal Claims dismissed both takings claims for lack of jurisdiction. Specifically, the court found that it lacked jurisdiction to consider the claims under the Tucker Act because (1) infringement claims against the U.S. must be pursued under 28 U.S.C. § 1498, and (2) “patent rights are not cognizable private property interests for Takings Clause purposes.”

On appeal, the Federal Circuit (in an opinion by Judge O’Malley, joined by Judges Mayer and Wallach) affirmed the Court of Federal Claims’ finding of a lack of jurisdiction as to the infringement-based takings claim, holding that patent infringement claims are more akin to a “tort,” rather than the Constitutional violations for which the Tucker Act waives the United States’ sovereign immunity. But the Federal Circuit rejected the government’s argument that the Court of Federal Claims lacked jurisdiction over the IPR-based takings claim (more on that in a minute). On the merits of the IPR-based takings claim, however, the Golden panel did not address the question of whether patents are private property for Takings Clause purposes, but stated it was bound by the holding of Celgene—where the Federal Circuit had held that the cancellation of patent claims in inter partes review proceedings is not an unconstitutional taking under the Fifth Amendment (discussed more fully in our August 2019 IPWatchdog piece).

The Federal Circuit’s holding that the Court of Federal Claims had jurisdiction over Golden’s IPR-based takings claim shows the error the court made when considering (and ruling on the merits of) the takings claims raised in Celgene and other direct appeals from PTAB proceedings. As we explained in our November article, the Takings Clause does not prohibit the government from taking private property for public use—it simply requires just compensation in the event such a taking occurs. The Supreme Court has explained that as long as a private property owner can resort to the Tucker Act to seek compensation for the taking, a constitutional challenge to the underlying statute based on the Takings Clause is not ripe until and unless such a claim under the Tucker Act is brought and compensation denied. Ruckelshaus v. Monsanto, 467 U.S. 986, 1019, (1984); Preseault v. ICC, 494 U.S. 1, 11 (1990). (This is notably unlike other constitutional challenges—such as Article III, raised in Oil States Energy Servs., LLC v. Greene’s Energy Grp., LLC, 138 S. Ct. 1365 (2018),  and Appointments Clause, raised in Arthrex, Inc. v. Smith & Nephew, Inc., 941 F.3d 1320 (Fed. Cir. Oct. 31, 2019)—which may properly be raised directly in appeals from PTAB proceedings.)

However, Congress may create a limited exception to this rule by withdrawing or displacing Tucker Act jurisdiction over a takings claim related to a given statutory scheme. Though the Federal Circuit in Celgene did not consider whether Congress created such an exception through the AIA (the issue which our article noted would warrant supplemental briefing), the Golden panel expressly and unequivocally addressed this question—and rejected government’s argument that the AIA displaces Tucker Act jurisdiction over a PTAB-related takings claim. In particular, the Federal Circuit explained that Tucker Act jurisdiction is displaced “when a law assertedly imposing monetary liability on the United States contains its own judicial remedies,” and that the AIA does not provide for any claims against the United States.

The upshot is that the only way a court may properly rule on the merits of a PTAB-related takings claim is through a Tucker Act claim brought in the Court of Federal Claims, one filed after the relevant PTAB proceedings have concluded—the type of claim raised by Golden, as well as in the currently pending appeal in Christy v. United States, No. 19-1738. As the Supreme Court put it in Monterey v. Del Monte Dunes, 526 U.S. 687, 718 (1999), “there is no constitutional or tortious injury until the [property owner] is denied just compensation.”  In Celgene, as well as the many other follow-on appeals from PTAB decisions raising takings issues, the Federal Circuit arguably lacked subject matter jurisdiction to consider these premature Fifth Amendment Takings Claims. See Preseault, 494 U.S. at 16-17 (finding that the failure to make use of the available Tucker Act remedy rendered a takings challenge premature and declining to decide whether a taking had occurred). The court’s decision on the merits of the takings argument in Celgene has resulted in a bizarre scenario—the Federal Circuit is bound by a decision that, by its own reasoning, it never should have issued in the first place. Indeed, the government in Christy v. United States has asked the Federal Circuit to do the same: apply the Celgene holding. Appellee’s Brief, Christy v. United States, No. 19-1738, Dkt. 27 at 9 (Fed. Cir. Oct. 25, 2019).

It’s Likely Up to the Supreme Court to Fix This

It’s possible that, either on rehearing in Golden, or in the pending Christy appeal, the Federal Circuit recognizes that the takings discussion in Celgene was premature and should not bind future panels. (And if the court does so, it’s of course possible that future panels confronted with PTAB takings issues come to the very same conclusions as in Celgene, even if not expressly bound by it.) The issue of PTAB-related takings claims is now also the subject of at least four pending cert petitions: Collabo, Enzo, Celgene, and Arthrex. But each of these petitions stems directly from an appeal of the underlying PTAB proceeding, not a Court of Federal Claims proceeding brought under the Tucker Act. As such, the takings issue is premature in each, and there is arguably no subject matter jurisdiction over the takings claims. Unless the Supreme Court recognizes this and acts to vacate the Federal Circuit’s precedential decision in Celgene—at least the portion relating to the takings clause—the Federal Circuit seems likely to continue to apply a precedent on an issue that never should have been reached.