“U.S. law provides three avenues for patenting cannabis, but each comes with its own potential pitfalls.” 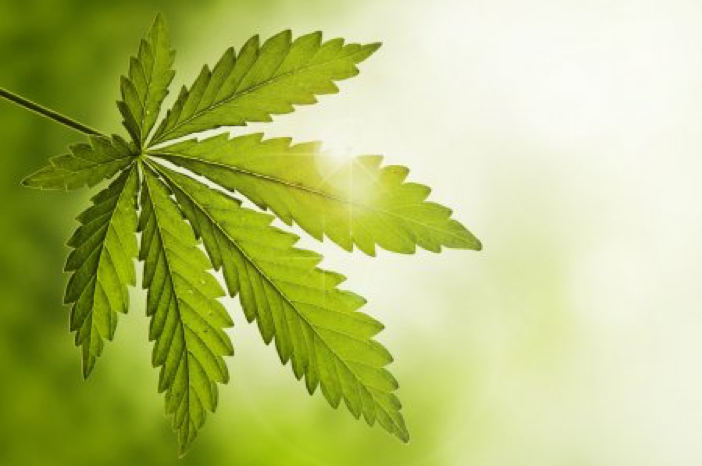 With cannabis now legal in some form across more than 30 states, the cannabis industry is on the rise and expected to achieve a market size of more than $60 billion by the end of 2025. As with any new and growing industry, intellectual property protection will be central to innovation and investment. Several unique challenges emerge at the intersection of cannabis and intellectual property law, the first of which is obtaining protection for a cannabis-related business or invention.

Two characteristics of cannabis make intellectual property protection challenging—its status as a Schedule I drug under the Controlled Substances Act and the fact that many cannabis species are naturally-occurring. Applications for cannabis trademarks, for instance, have encountered resistance at the U.S. Patent and Trademark Office (USPTO) due to cannabis’s illegal status under federal law. Unlike trademarks, however, a patent does not require an applicant to show that the product is lawfully used in interstate commerce. Rather, a patent provides the right to exclude others from the invention, and there is nothing unlawful about obtaining such a right.

As a result, the USPTO is issuing an increasing number of cannabis-related patents, more than half of which have issued in the last three years. The number of patent applications being filed for cannabis-related inventions has more than tripled since 2015. One cannabis patent is already the subject a patent infringement lawsuit pending in a Colorado federal court.

U.S. law provides three avenues for patenting cannabis, but each comes with its own potential pitfalls.

One route comes from legislation enacted around the time that cannabis became illegal in the U.S.—the Plant Patent Act of 1930. Prior to this legislation, plants were largely beyond the reach of patent protection both because they were thought to be unpatentable products of nature and because it was thought that plants could not be adequately described with words (a requirement of U.S. patent law). The Plant Act eliminated those obstacles and declared asexually-reproduced plants (plants reproduced by means other than from seeds) eligible for patenting. The Act relaxed the written description requirement in favor of a “description . . . as complete as is reasonably possible.”

Despite being a logical option for patenting cannabis, plant patents offer limited protection in practice. To prove infringement of a plant patent, the patent holder must show that the accused infringer asexually-reproduced the plant, i.e., created the plant from part of another plant without using seeds. While asexual reproduction is the only way a breeder can ensure that a reproduced plant is genetically identical to its parent, sexual reproduction offers would-be infringers an easy out.

Perhaps for this reason, less than 1% of currently active cannabis patents are plant patents. The first of which, U.S. Patent No. PP27,475, issued in December 2016. Titled “Cannabis plant named ‘Ecuadorian Sativa,’” the patent provides a colorful history of cannabis cultivation dating back to 6,000 B.C. and details the inventor’s discovery of a novel cannabis variety, motivated by a desire to develop a strain with “psychoactive properties that motivated and energized, rather than creating lethargy, sleepiness, and increased food consumption.” Although limited in scope, plant patents such as the P’475 patent undoubtedly contribute to the body of cannabis knowledge, an important objective of U.S. patent laws.

A second avenue is through the Plant Variety Protection Act of 1970 (PVPA), implemented by the U.S. Department of Agriculture (USDA). The PVPA provides a breeder with protection for sexually-reproduced plants that parallels that afforded by plant patents. The downside to the PVPA—and perhaps the reason why the USDA has yet to issue a PVPA certificate for a cannabis plant—is that the Act requires applicants to submit at least 3,000 seeds to a depository at Fort Collins, Colorado. Notwithstanding Colorado’s lenient stance on cannabis, the plant remains a Schedule I drug under federal law, and the risk of handing such a substance to a federal agency may be too great for the cannabis breeder.

Utility patents offer protection for both sexually and asexually reproduced cannabis plants, in addition to formulations and other products made from the plant. Although utility patents provide broader protection than that afforded by plant patents or PVPA certificates, they come with additional challenges. Unlike plant patents, a utility patent must satisfy a more rigorous written description requirement and must enable those skilled in the art to make and use the invention. The so-called enablement requirement is particularly difficult to satisfy for plant parts, tissues, cells, and clones of cannabis varieties.

This difficulty was illustrated during the prosecution of U.S. Patent No. 9,095,554, a patent owned by BioTech Institute LLC of Westlake Village, California. The USPTO initially rejected claims of the ’554 patent for failing to satisfy the enablement requirement, explaining that the patent application did not “disclose a repeatable process to obtain the exact same plant in each occurrence and it is not apparent that such a plant is readily available to the public.” Because it can be difficult to enable those skilled in the art to “make” a plant, the patent laws permit an applicant to deposit biological material, such as seeds, at a publicly-accessible depository recognized by the USPTO. This permits the public to obtain a sample of the deposited material and reproduce the invention once the patent expires. The ’554 patent applicant pursued this route, but cannabis’s status as a Schedule I drug made it impossible to deposit material at a United States depository. As a result, the applicant deposited cannabis seeds at the National Collections of Industrial, Food and Marine Bacteria Ltd (NCIMB) center in Aberdeen, Scotland, a depository that the USPTO is obligated to recognize under the Budapest Treaty of 1977.

The number of viable seeds required by the USPTO—at least 2,500—also posed a problem. Even in legal cannabis states, federal regulations limit large scale cannabis cultivation, which forced the applicant of the ’554 patent to request an additional two growing seasons to complete the 2,500 seed deposit. After some back-and-forth, the USPTO ultimately accepted a smaller 250-seed deposit along with the applicant’s assurance that the remaining seeds would be deposited after issuance of the patent.

Aside from enablement, convincing the USPTO that a cannabis invention is eligible for patenting—and not simply an ineligible product of nature—poses another difficult challenge. According to guidance from the USPTO, a substance derived from a natural product must have “markedly different characteristics” from that found in nature. Examples from the USPTO suggest that while a species of naturally-occurring cannabis may be ineligible for patenting, “a beverage composition comprising cannabinoids isolated from cannabis and an effective amount of an added preservative” would satisfy the subject-matter eligibility requirement.

The Colorado federal court tasked with resolving the first cannabis-related patent infringement lawsuit provides additional guidance on the subject-matter eligibility of cannabis claims. The claims asserted in the lawsuit recite a “liquid cannabinoid formulation” having certain percentages of specified cannabinoids. In opposition to a motion for summary judgment that the asserted claims are directed solely to a natural product and thus ineligible for patenting, the patent holder persuaded the court that the liquid formulation recited in the asserted claims has “markedly different physiological characteristics” than cannabinoid resins found in nature. Thus, for one federal court, the combination of specific cannabinoid concentrations and a liquid formulation is enough to meet the subject-matter eligibility threshold, at least at the summary judgment stage.

It Can Be Done

Intellectual property protection in the cannabis industry will continue to be frustrated both by cannabis’s status as a Schedule I drug and its natural occurrence. Under the contemporary framework, plant and utility patents offer the best form of protection, with utility patents being the best option for an applicant seeking protection for something more than an asexually-reproduced cannabis plant. While significant challenges come with obtaining a utility patent for a cannabis-related invention, the cannabis industry should rest assured that it can be done, as recent models have demonstrated.

Clinton South is an associate in the Intellectual Property Department and member of the Chemical and Pharmaceutical practice teams in Ballard Spahr’s Patents Group. Clint’s practice focuses on drafting and prosecuting domestic [...see more]

Brian Shortell leads the chemical and pharmaceutical practice team at Ballard Spahr, LLP, and is a member of the mechanical technologies team, in the Patents Group. Brian concentrates on patent prosecution, client [...see more]