“The highest relative increase in filings corresponds to the wearable-device cluster, for which the patent filings in 2018 were 359% that of 2007.”

This is the sixth in a 13-part series of articles authored by Kilpatrick Townsend that IPWatchdog will be publishing over the coming weeks. The series will examine industry-specific patent trends across 12 key patent-intensive industries.

In the sixth installment of our 13-part patent-trends study (performed in collaboration with GreyB) providing high-level data across industries, we will examine trends in the medical-device industry.

To quickly summarize the series:

The United States has been the largest target medical-device market, at nearly 50% of the global market. These devices are highly variable in purpose, design and complexity. Thus, developing an effective patent strategy can be highly valuable yet complicated. 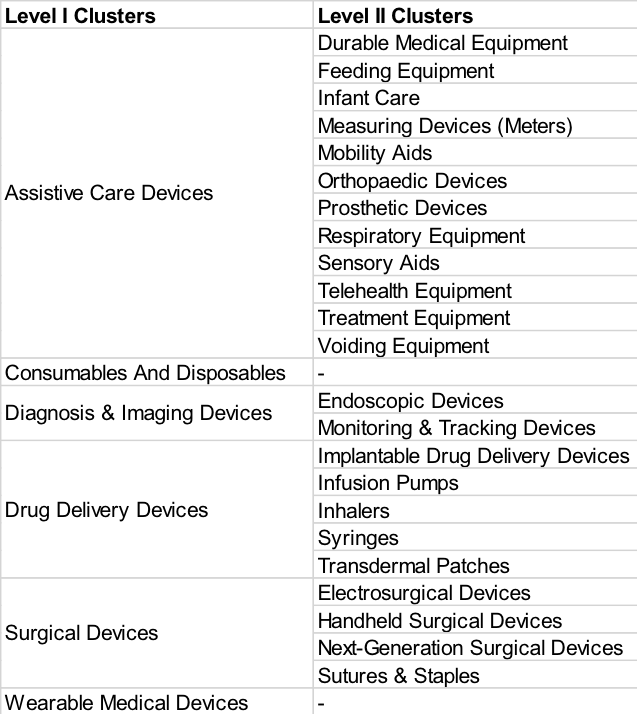 As reported in our initial patent-trends article, filings for the industry had been dramatically increasing (from approximately 22,400 in 2007 to approximately 34,400 in 2018) until 2015 (the year after Alice), after which filings dropped (to approximately 10,400 in 2018). Figure 1A shows the filing trends broken down by Level-I Clusters. 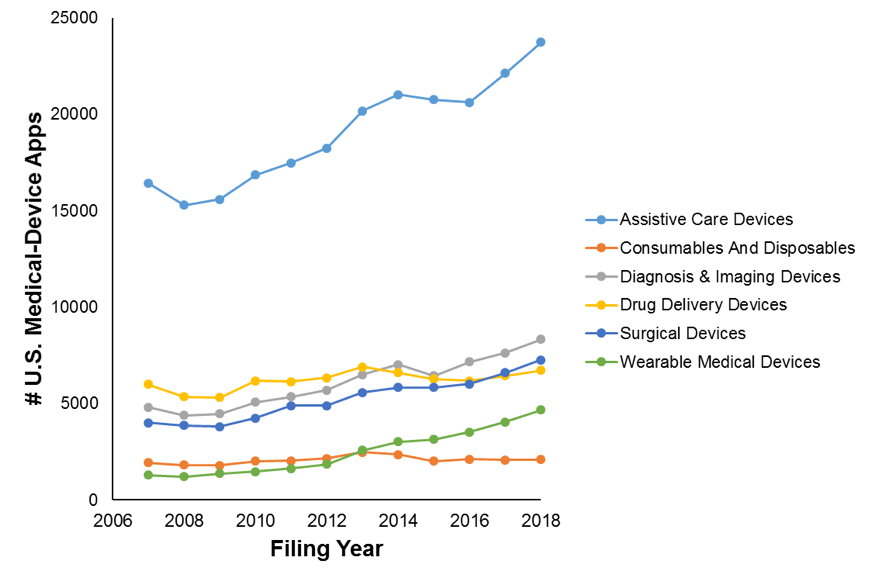 The highest relative increase in filings corresponds to the wearable-device cluster, for which the patent filings in 2018 were 359% that of 2007. The next highest relative increase was for the surgical-device cluster, which saw a 181% increase in that time frame. But neither compared to the magnitude of filings from the assistive-care cluster, which reached approximately 24,000 filings in 2018. Figure 1B drills down into the Level-II Cluster filing trends for the prominent assistive-care cluster. 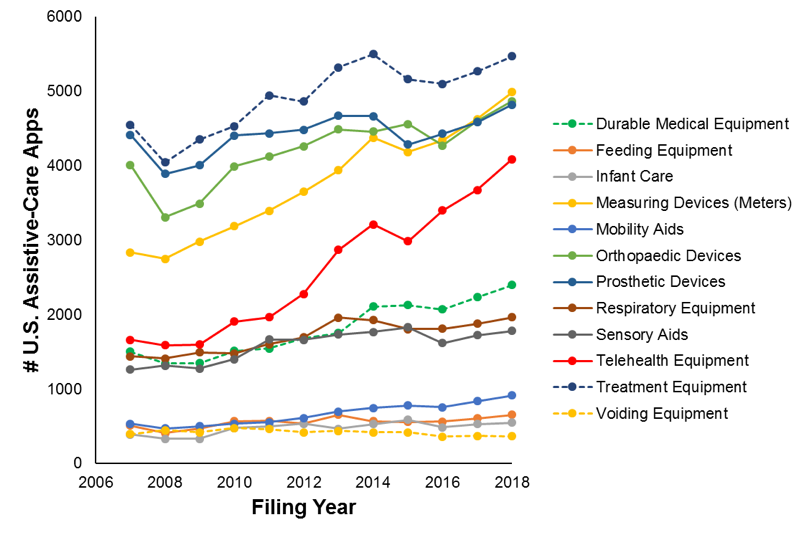 Telehealth equipment dominated in terms of filing growth within the assistive-care cluster, as its filings grew 2.5-fold from 2007 to 2018. Telehealth innovations can promote remote management of health care. This technology may be particularly useful in remote areas and/or given today’s fast-paced society. The global telemedicine market has been estimated to have had a value of $21.56 billion in 2017 and to reach $93.5 billion by 2026.

Figure 2 shows, for each of the Level-I clusters, the fraction of the applications that were filed in 2013 and are now patented. The percentages range from 61% to 71%, with assistive care devices at 67%. The probabilities across the Level-II clusters for the assistive care devices range from 58% (for telehealth equipment) to 78% (for sensory aids). 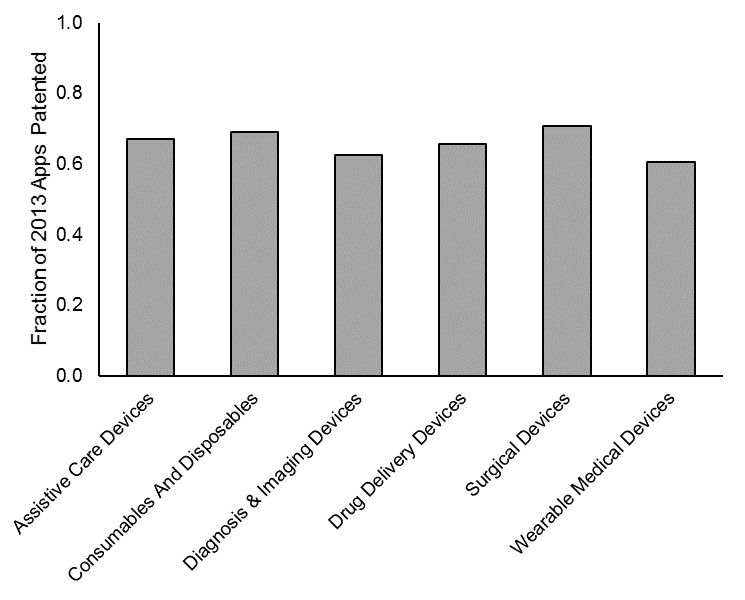 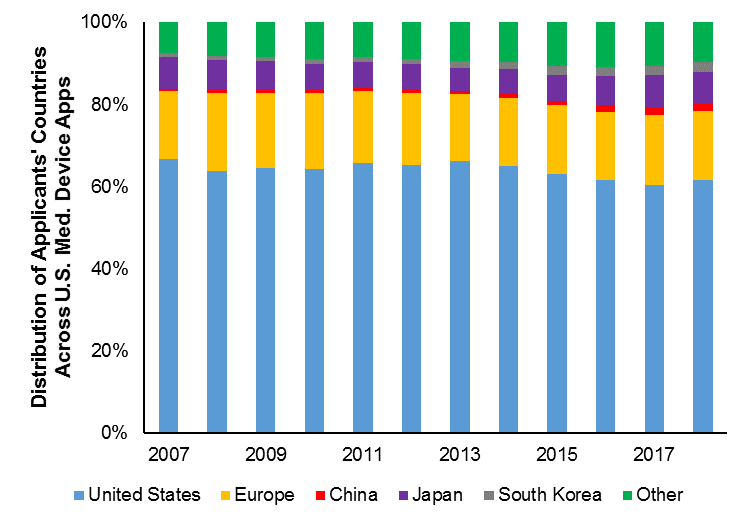 Thus, our research suggests that the medical-device industry is trending towards including new types of technology. The devices being patented are no longer merely devices to be used, for example, in implants and surgeries. Rather, telehealth and wearable devices are becoming prominent in the industry. The medical-device industry not only has a high market value but also has a high potential cost of regulatory approvals. Properly protecting advancements and prioritizing R&D sectors thus is very important. Tracking patent data can serve as an indicator of market movement and can be used to inform these decisions.