“Patent owners, particularly those who lost their patents at the hands of challenges brought by Apple in petitions where Clements participated on the panel, will rightly ask whether the entire process was a charade.”

Optics: “1: a science that deals with the genesis and propagation of light… or 2: the aspects of an action, policy, or decision (as in politics or business) that relate to public perceptions).” 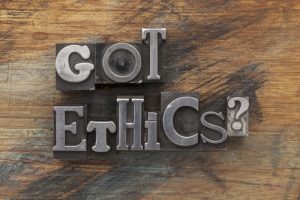 IPWatchdog recently learned that Apple, Inc. has hired former Administrative Patent Judge Matt Clements. Although Clements’ LinkedIn profile does not reflect the fact that he has left the Patent Trial and Appeal Board (PTAB) as of this writing, a search of the California State Bar Attorneys Roster clearly identifies Matthew Clements as being employed by Apple, Inc. in Cupertino, California. See Clements CA Bar Attorney Profile.

If the name Matt Clements rings a bell it is because IPWatchdog has rather exhaustively covered the remarkable ethical transgressions that have taken place at the Patent Trial and Appeal Board (PTAB) over the past several years, and Clements was the protagonist in chief.

As was first reported by Steve Brachmann, Clements represented Apple, Inc. as patent infringement defense counsel up to his appointment as an APJ in March 2013. Clements then proceeded to preside over several dozen post grant challenges brought by Apple. Not surprisingly, Apple did extraordinarily well in those challenges, leading Brachmann to conclude that having Clements on the panel for an Apple petition was a lethal cocktail for patent owners.

In response to a Freedom of Information Act (FOIA) request submitted in May 2017, the United States Patent and Trademark Office (USPTO) confirmed that there are no specific ethical provisions that apply to Administrative Patent Judges, and that the only policy that governs these APJs that serve on the PTAB is the all-employees ethical rules of the Department of Commerce, which require no employee to be involved in making a decision involving a former employer for a period of one year after leaving the former employment (two years in the case of a political appointee). See Disqualification and Recusals.

Clements did recuse himself for the minimum one-year after representing Apple and joining the PTAB. The problem, however, is that, as an attorney, there is no such sunset period on ethical obligations. So, while Clements and the USPTO may be able to argue that there were no violations of Department of Commerce ethical guidelines, those were not the only ethical rules that would have bound Clements.

Interestingly, had APJ Clements not been a member of the PTAB, and had one of the patent owners challenged by Apple come to him and asked him to represent them in a PTAB proceeding initiated by Apple, the conflict of interest question would have been easy. Having represented Apple previously as defense counsel, he would have had a duty to a former client under 37 CFR 11.109, which would have prevented him from representing the patent owner in a proceeding adverse to Apple. If Clements could not have represented the patent owner, how could he have been capable of sitting as an APJ to hear the case?

To excuse the actions of Clements is to fundamentally misunderstand the duty of an attorney. But Clements is not the only one to blame. Initially, the USPTO could have been blindsided by an attorney turned APJ not keeping track of their own conflicts, but once made aware of the Clements situation, as well as another similar situation, why has the USPTO still not created ethical rules or a code of conduct for APJs?

Of course, the USPTO had nothing to do with Apple hiring Clements. And calling this hiring “bad optics” does not begin to scratch the surface of what can only be described as an extraordinarily poor decision by Apple. Patent owners, particularly those who lost their patents at the hands of challenges brought by Apple in petitions where Clements participated on the panel, will rightly ask whether the entire process was a charade. The optics are terrible—worse than terrible really.

Who would believe that an attorney, who even after becoming a judge remains an attorney and is bound by the same rules of ethics that bind all attorneys, would represent a client, become a judge and then decide dozens of cases in favor of that former client, and then go back to private practice and be hired by that client? If this were written as a plot for a patent suspense thriller the script wouldn’t pass the smell test, but that is precisely what has happened.

IPWatchdog reached out to the USPTO for comment but had not heard back as of the time of publication. We will continue to update this article as the story develops.