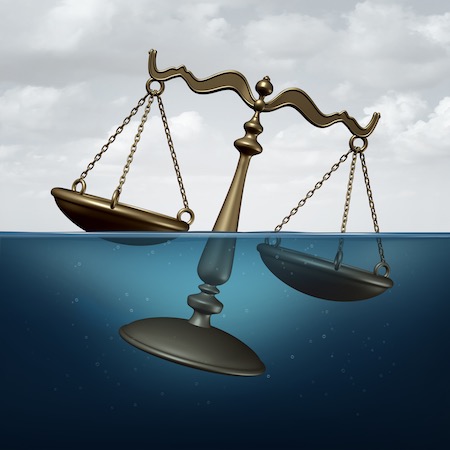 In recent weeks, we’ve been reporting on unusual circumstances at the U.S. Patent and Trademark Office’s Patent Trial and Appeal Board (PTAB) in which a potential conflict of issue might exist involving an administrative patent judge (APJ) sitting on review proceedings which were petitioned by Apple Inc. (NASDAQ:AAPL) APJ Matt Clements wrote at least one final written decision in covered business method (CBM) review proceedings following petitions by Apple, a company which Clements served as defense counsel in patent infringement proceedings prior to his hiring at PTAB. We’ve identified a series of 17 final written decisions in review proceedings petitioned by Apple where Clements served on the panel of APJs; he wrote the final written decision in four of those cases. Many of those CBM and inter partes review (IPR) proceedings challenged patents held by Smartflash and we’ve already pointed out how Clements served in the Palo Alto office for Ropes & Gray where the managing partner was one of the lead attorneys for Apple defending against Smartflash’s claims of patent infringement. 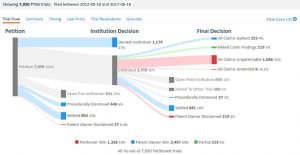 Data from legal analytics firm Lex Machina indicates that 15 percent of the 7,050 PTAB trials which have been petitioned between September 16th, 2012, and June 16th, 2017, lead to final written decisions in which all claims are invalid. When looking at trials reaching 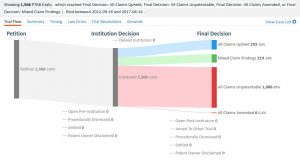 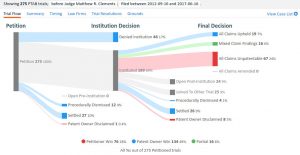 When looking at Lex Machina data for PTAB trials where Matt Clements served as an APJ, readers can see that nearly a quarter of those review proceedings lead to final written 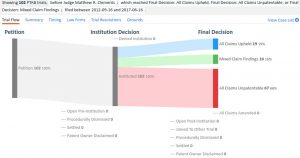 decisions where all claims are deemed invalid. And yet, when looking at the subset of final written decisions only, trials where Clements is an APJ result in a finding that all claims are invalid in 66 percent of cases. 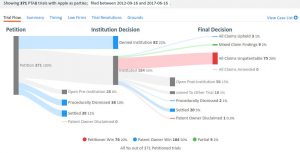 Apple has filed a total of 371 petitions with PTAB seeking to challenge the validity of patents. 75 of those petitions (20 percent) have led to final written decisions where all claims have been found invalid. Clements has served as an APJ on 52 petitions filed by Apple; 46 percent of those petitions (24 cases) 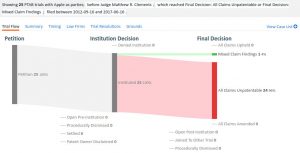 by Apple where all claims have been upheld.

It is entirely possible that APJ Clements did his best to decide these cases fairly. However, the message is pretty clear: If you own a patent which is challenged by Apple at PTAB and APJ Clements is on the panel, a final written decision will wither away your property right to nothing.