Koh rules Qualcomm is Obligated to License SEPs to Competitors 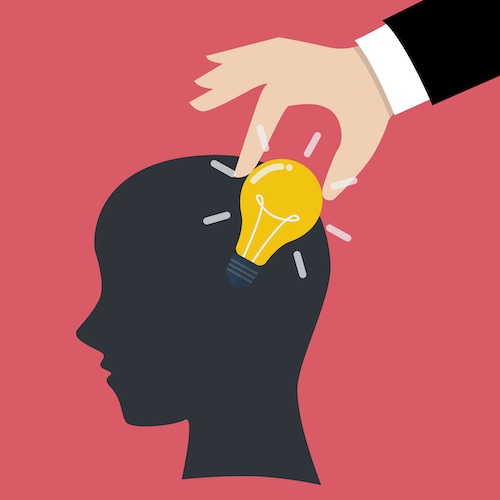 On Tuesday, November 6th, U.S. District Judge Lucy Koh of the Northern District of California entered an order in the antitrust case brought by the Federal Trade Commission (FTC) against San Diego, CA-based semiconductor developer Qualcomm Inc. Judge Koh’s order granted a motion filed by the FTC for partial summary judgment on the issue of whether a pair of industry agreements obligates Qualcomm to license its standard essential patents (SEPs) to competing suppliers of modem chips.

This case was initiated by the FTC in January 2017 when the trade regulator filed suit against Qualcomm alleging antitrust claims including exclusionary tactics in violation of fair, reasonable and non-discriminatory (FRAND) obligations which Qualcomm is subject to under agreements signed with standard-setting organizations (SSOs). The FTC alleged that Qualcomm is a dominant supplier of modem chips, holds several SEPs which are essential to widely adopted cellular standards and has violated Section 5 of the Federal Trade Commission Act (15 U.S.C. § 45). These alleged violations include Qualcomm’s refusal to sell modem chips to a customer unless the customer pays what the FTC termed “elevated royalties” for a license to Qualcomm’s SEPs, Qualcomm’s refusal to license SEPs to competing modem chip suppliers and Qualcomm’s “exclusive dealing arrangements” with consumer tech giant Apple.

The FTC’s motion for partial summary judgment didn’t ask the court to determine if Qualcomm violated Section 5 of the FTC Act but rather asked to issue a ruling that Qualcomm’s voluntary FRAND licensing agreements with two SSOs required Qualcomm to make licenses available to competing modem chip sellers. Those SSOs are the Telecommunications Industry Association (TIA) and the Alliance for Telecommunications Industry Solutions (ATIS), both of which having intellectual property rights policies which apply to patents which are considered essential to the standards set by those organizations, including 3G and 4G cellular standards. Qualcomm had provided written assurances to the TIA and the ATIS that its patents accepted as SEPs by those organizations would be licensed pursuant to the IP rights policies for those organizations.

While that sounds bad, the problem with the FTC ask is simply that the agency’s reading of the IP policies of the SSOs is both incorrect and the actions of Qualcomm greatly exaggerated.

Qualcomm was not refusing to abide by its agreed to promises to license SEPs as required by the SSOs, as alleged by the FTC. Instead, Qualcomm wasn’t interested in licensing competing chip makers who wanted to used Qualcomm’s technology so they could make their own chips incorporating Qualcomm’s patented technology. Licensing competing manufacturers of chips is not what the IP policies of the SSOs require. What is required is that patent owners of SEPs not discriminate against applicants desiring to utilize the license for the purpose of implementing the technology. But that isn’t what a competing manufacture would be doing. A competing manufacturer would be creating the chip that enables, not implementing the technology into an end product. In fact, as Qualcomm pointed out, industry practice of SSOs is to require licensing only fully compliant end-user devices, and not components.

You don’t have to take Qualcomm’s word for it. Nokia filed an amicus brief in the case, which while not taking any view on issues of unique fact specific to the Qualcomm dispute with the FTC, did inform the district court that Qualcomm is correct and the FTC mistaken. It has long been Nokia’s understanding that no SSOs require the licensing of SEPs at the component level. Noki explained:

Nokia’s understanding has been from the beginning that the various Organizational Partners’ IPR Policies do not require SEP owners to license cellular SEPs at the component level. Based on experience in the industry, Nokia believes that its understanding in this regard is consistent with the decisive ETSI IPR Policy as well as long-standing industry practice, and Nokia has never understood any 3GPP or 3GPP2 Organizational Partner’s IPR Policy to mandate licensing of cellular SEPs at the component level…

Nokia is not aware of prior positions being taken over the years that the IPR Policies of ATIS or TIA are incompatible or materially different than ETSI IPR’s Policy, under which licensing at the end user product level (rather than at the component level) has been the longstanding expectation and industry norm. The argument being made now that the ATIS and TIA IPR policies unambiguously impose an incompatible requirement to license at the component level is, therefore, novel.

Indeed, the FTC theory accepted by Judge Koh was exceptionally novel. Making matters more intriguing, Judge Koh had been notified that Qualcomm and the FTC were in serious settlement negotiations and the parties had jointly requested a delay in ruling on the FTC motion for partial summary judgment. Mysteriously, Judge Koh refused to grant such a delay.

Now that Judge Koh has made this novel decision that creates never before understood obligations to license all applicants for all purposes no questions asked, any chance this case had to settle is gone. Settlement is possible up to the point where certainty is removed and one side must capitulate. Here settlement will be impossible not just because it would require capitulation in this case, but because it would require capitulation in all future cases. Judge Koh has unilaterally created an obligation of patent owners of SEPs that cannot be found in the IP policies of the SSOs and which is not the industry norm. Qualcomm will need to fight this decision to a reversal, there is just too much at stake. That is precisely why most judges in a similar situation having been notified by both parties that serious settlement negotiations were underway would generally refrain from making a decision that would tilt —  let alone substantially tilt — the bargaining power between the parties.