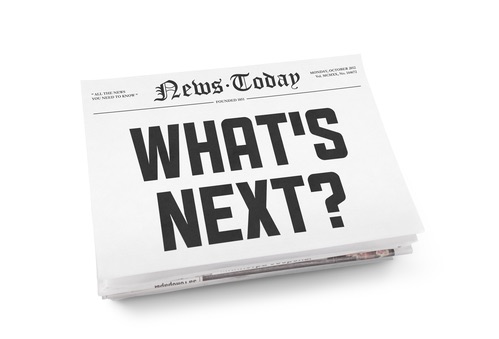 On March 19, 2018, New Hampshire Superior Court Judge Brian T. Tucker granted a motion to dismiss in a defamation case. The case was brought by David Barcelou and his company Automated Transactions, LLC, against a series of defendants that had made derogatory statements about Barcelou and his company. Repeatedly, the defendants, which included the American Bankers Association and the Credit Union National Association, called Barcelou a “patent troll”.

In a breathtakingly disingenuous passage from the decision, Judge Tucker finds that not all definitions of patent trolls are “necessarily pejorative.” Such a statement either demonstrates a level of ignorance that is almost unfathomable, or a level of intellectual dishonesty that is simply unbecoming a judge.

Are we really to believe Judge Tucker thinks the term “patent troll” is a loving and endearing term spoken with great admiration for inventors who spend tremendous amounts of time, money and energy seeking patents on their inventions?

As proof that not all uses of the term “patent troll” are pejorative, Tucker cites a law review article that explains patent trolls play a function as intermediaries specializing in litigation, a role that is not in and of itself a bad thing. So a passage in an article that defends the role played by those maligned as patent trolls somehow becomes evidence that the term is not defamatory?

The reality is the term patent troll has been intentionally used in a derisive manner to belittle patent owners and manipulate decision makers on every level for over a decade. Large corporate entities that steal patent property rather than pay fair and reasonable rates to use the property have colluded to convince the public, press, Judiciary and Congress that inventors and patents are evil with a false narrative about patent owners. They use false “facts” to support a false narrative (see here and here), which have been debunked over and over again (see here and here). Even President Obama’s Federal Trade Commission, which set out to condemn patent owners, ultimately concluded it is unhelpful to call patent owners patent trolls because it fuels a false narrative that fails to take into account the underlying business model of patent owners.

So, Judge Tucker is wrong. The term patent troll is pejorative. There can be no serious or credible debate to the contrary.

But there are other problems with this decision as well.

Judge Tucker cites as an example the word “scam”, which can’t possibly be defamatory. Oh really? Perhaps the judge needs better law clerks, more nuance with his explanations, or some knowledge of the Invention Promotion industry. Clearly, the word “scam” can be and has been found to be defamatory, and having been involved in litigation over the term “scam” I can say that with absolute certainty. So when Judge Tucker uses that as an example as to why the term patent troll can’t possibly be defamatory one has to very question whether he took this complaint seriously, or whether he was just looking for reasons to dismiss the case.

Another big problem is that the facts as asserted in the complaint are supposed to be taken as true and viewed in a light most favorable to the plaintiff. Judge Tucker goes to great lengths to say that he is doing just that, but if you really read the decision it becomes clear that is not what he did. In fact, at critical points he did the exact opposite.

Judge Tucker points to places where the plaintiff did not disagree with factual statements made by the defendants and props them up to create the impression that there is simply nothing to debate. Everything the defendants said was an opinion, Tucker writes over and over again. But read closer and you notice that Judge Tucker also dismisses various factual assertions as being “readily understood as hyperbole and not a statement of fact.” Well, Judge Tucker, that is not taking those factual assertions in a light most favorable to the plaintiff. That is taking those factually assertions in a light most favorable to the defendant and acting as a fact finder and determining what is, and what is not, credibly a fact on a motion to dismiss. That is simply inappropriate.

Here several of the largest national banking organizations in the country, and several of the largest law firms in New England were defendants because they were claiming David Barcelou, an inventor, is a patent troll. What exactly has Barcelou done to become a public figure? In 2018, does an individual seeking redress for someone stealing their patent property make them someone on equal footing with large national banking associations and regional law firms? We don’t know because it wasn’t discussed.

To put this in terms that everyone ought to understand, it is one thing if Google were to call Qualcomm a patent troll, but quite another if Google with all their power and might went after an inventor in a campaign to malign the inventor in the same way these defendants went after Barcelou.

So here, where these law firms and national banking associations engage in a coordinated campaign to malign an inventor using the clearly pejorative term patent troll, that — in my opinion — should be relevant. Sadly, it wasn’t.