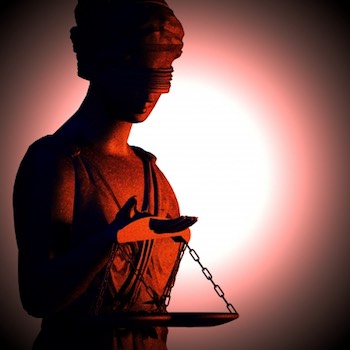 On November 27th, the U.S. Supreme Court will hear oral arguments in Oil States Energy Services, LLC v. Greene’s Energy Group, LLC, a case which will ask the Court to decide whether the Patent Trial and Appeal Board (PTAB) operates in violation of the U.S. Constitution as that agency is an Article I tribunal which extinguishes property rights without a jury and outside of an Article III forum.

One of the many issues which patent owners have raised regarding the PTAB’s activities includes the fact that entities challenging validity of patents have the ability to file serial petitions which allow petitioners to treat patents like they were piñatas, taking whack after whack until an obviousness or anticipation finding cracks the patent wide open. One oft cited example of this is patent owner Zond which faced a total of 125 petitions for inter partes review (IPR) proceedings at PTAB. Although not every IPR petitioned for was instituted, Zond ended up losing all 371 patent claims it held previous to those petitions. Although Congressional statutes laid out in the America Invents Act (AIA) of 2011 gives the Director of the U.S. Patent and Trademark Office the power to reject validity trial petitions if a petition is filed submitting prior art or arguments which are substantially similar to previous petitions on the same patent, motions to dismiss such petitions are only granted 28 percent of the time. The double jeopardy on patent validity which is enabled by serial petitions at the PTAB is a big reason why patent owners have been partnering with Native American tribal governments to seek sovereign immunity defenses for their intellectual property.

These issues are made worse by the fact that the PTAB’s own statistical analysis of its operations tends to be overly favorable to the agency in light of patent owner complaints. An analysis of multiple petitions filed at the PTAB released by the USPTO in late October looked at 7,168 petitions filed to challenge 4,376 patents held by a total of 1,633 patent owners; the petitions were submitted by a total of 1,423 petitioners. The USPTO’s statistics makes the issue of serial petitions seem almost negligible. Looking at rounds of petitions which are filed after the PTAB issues a decision on institution for a previous petition, the USPTO reports that only 369 petitions are filed in the second round. Only seven petitions for AIA trials at the PTAB come in the third round; that is, the USPTO has only found seven instances in which a petition is filed at the PTAB, then is denied, then a second petition is filed, which is also denied, and then a third petition is filed which may or may not result in the institution of a trial.

At least one of those seven third-round petitions, however, contributed to the decimation of intellectual property rights which had been worth more than $1 billion in patent infringement proceedings in district court. Depending on whether the other third-round petitions reached similar conclusions, it’s possible that the PTAB enabled serial petitions to overturn billions of dollars worth of infringement judgments based on a different standard for patent validity than is employed by the federal judiciary.

On February 12th, 2014, the PTAB issued a decision on a request for rehearing filed by Apple against VirnetX, the holder of patents covering secure communication technologies developed by the Science Applications International Corporation (SAIC). In that decision, the PTAB affirmed its late 2013 denial of Apple’s request to institute an IPR trial to challenge the validity of VirnetX’s U.S. Patent No. 6502135, titled Agile Network Protocol for Secure Communications with Assured System Availability. The PTAB denied the request because Apple did not file for the IPR trial within the statute of limitations governed by 35 U.S.C. § 315(b). This statute maintains that an IPR may not be instituted if the petitioner seeking the IPR has been served with a patent infringement complaint on the challenged patent more than one year prior to the IPR petition. The PTAB panel found that Apple had been served with patent infringement complaints in lawsuits filed by VirnetX in 2010 and 2012; the 2010 litigation led the district court to uphold the validity of the asserted claims of the ‘135 patent.

In March 2014, Redmond, WA-based tech giant Microsoft filed a petition for IPR proceedings on the ‘135 patent after the PTAB denied Apple’s first attempt. A decision denying the institution of Microsoft’s IPR petition was issued by the PTAB on July 23rd, 2014, on the same Section 315(b) grounds which eliminated Apple’s prior petition. In 2007 and 2010, VirnetX had filed patent infringement suits against Microsoft asserting claims of the ‘135 patent, thus the patent had been asserted against the petitioner more than one year prior to filing the petition for IPR proceedings. Like Apple, Microsoft also filed a request for rehearing and this request was denied by the PTAB in September of 2014. Microsoft had attempted an argument similar to Apple’s request for rehearing alleging ambiguities in the statutory language should allow institution of the petition but the PTAB panel in that case wasn’t swayed.

Luckily for Apple and Microsoft, however, VirnetX did not assert the ‘135 patent against Mangrove Partners, a hedge fund, which filed a petition for IPR against the ‘135 patent on April 14th, 2015; Mangrove reportedly shorted VirnetX stock around this time. On October 7th, 2015, the PTAB panel adjudicating the case decided to institute the IPR as the petitioner Mangrove had demonstrated a reasonable likelihood of proving invalidity of the challenged claims. Then in January 2016, Apple was successful in having its petition for IPR review of the challenged ‘135 claims joined to Mangrove’s IPR. VirnetX had objected to Apple’s motion for joinder based on the Section 315(b) language but the PTAB found that Section 315(b) did not apply to joinder motions which are governed by 35 U.S.C. § 315(c). On September 9th, 2016, the PTAB issued a final written decision in the Mangrove/Apple IPR trial which found all challenged claims invalid. 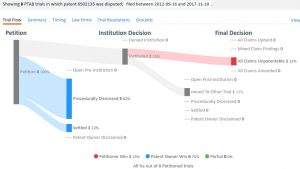