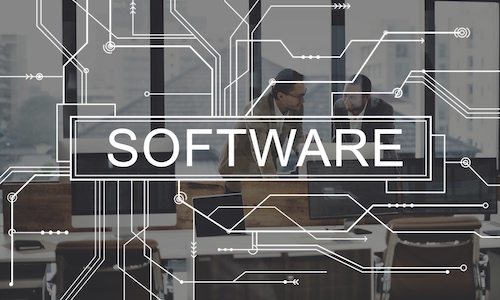 In this article we describe a revolutionary approach that we use to obtain defensible and commercially-valuable software patents for our clients in light of the unpredictable and anti-patent appeal process at the current Patent Trial and Appeal Board (PTAB).  We use the word “revolutionary” in part because this approach is radically different than the traditional approach of appealing as a matter of course after a patent application has been rejected multiple times, and also because this strategy mirrors that used by the American “irregulars” in the Revolutionary War against the British Army (with the historic sites of Lexington and Concord down the road from my old office, we’re constantly reminded of the strategy and tactics that the patriots deployed) .  Although this strategy can be used successfully for any kind of patent, it is particularly applicable to software patents, in light of the specific challenges associated with obtaining patents of this type.

In the old days, the standard approach to obtaining a patent was to file a single patent application for an invention, containing claims that covered the invention as broadly as possible, and then to fight for those broad claims as vigorously as possible.  If attempts to convince the examiner failed, and if the Examiner seemed to be unwilling or unable to listen to reason, the next logical step was to file an appeal (with what was then called the Board of Patent Appeals and Interferences (BPAI)).  An appeal was seen as a way to obtain a review of the patent application by a panel of judges who were more familiar with the law, more objective, and more likely to be even-handed than the examiner.  Although the appeal process was slow and relatively expensive, it was viewed as way to obtain a rational decision about the patentability of the claims, based on the current state of the law, when the examiner had failed to do so.  The relatively long wait and high price tag of an appeal was justified by the relatively high likelihood of obtaining broad claims in what might be the only patent on an important invention.

The situation today is radically different for many reasons, and the old tried-and-true process of filing an appeal to obtain a just result is no longer seen by many law firms and their clients as the prudent course of action.  As just a few examples of ways in which the patent examination landscape has changed:

Many law firms and clients have looked at this situation, thrown up their hands, and given up the fight for software patent applications after being unable to convince an examiner in a few rounds of prosecution.  Some have even concluded that software can no longer be patented or that it isn’t worth the time and financial investment to even try.

My colleagues and I have taken a different approach, one which has resulted in continued patent grants for our clients for their software and other technology.  Despite all of the challenges posed by the PTAB and the USPTO more generally, it is not only still possible to obtain software patents in the U.S., it is possible to obtain software patents that are defensible and commercially valuable in the sense that they squarely cover the client’s technology and that of competitors, both today and into the future.  But this kind of success requires a revolutionary approach that replaces the old and straightforward, “file, amend, appeal” strategy.

Today’s environment demands an agile approach, one that involves substantial up-front planning, followed by continuously learning from both the client and the marketplace, using a strategy that involves constructing a defensive and offensive patent portfolio from a collection of laser-focused patents, rather than a single overarching patent intended to cover the invention in one fell swoop.  Just as the American revolutionaries knew they didn’t stand a chance by facing the British army head-to-head in a single rigid formation, they succeeded by distributing their offensive and defensive resources into a multitude of smaller positions, often hiding in hay wagons and behind stone walls, to stage their attacks in a distributed fashion, rapidly retreating and retrenching.  So too is it necessary today for innovative companies to develop successful patent portfolios by dividing their patent rights into smaller pieces, staged over time. This empowers innovators as they can avoid the need to engage in large-scale battles that they are unlikely to win, while also reinforcing the strength of their portfolios as a whole through interlocking and mutually-supportive protection that evolves with the marketplace. While this strategy requires patience and more patents, it ultimately unlocks defensible commercial value.

More concretely, the strategy that we typically follow nearly always avoids the need to appeal, and therefore avoids the pitfalls of the PTAB, as follows.  The foundation is to write a solid and comprehensive patent specification, one that is intended to cover the invention both broadly and deeply, in an effort to enable as many embodiments as possible for as long into the future as possible, encompassing both the client’s and competitors’ technologies.  The first patent application that we file, however, typically has relatively narrow claims for a variety of strategic reasons, such as:

In our experience, these initial patent applications often sail through the USPTO relatively smoothly, without the need to appeal to the PTAB, resulting in a variety of benefits to the client:

Then we periodically revisit the patent specification, our client’s business goals, and the competitive landscape, and decide whether additional patent claims would be valuable to pursue.  The key point here is that the passage of time enables us to make this decision about additional patent protection in light of how the market has evolved in the years since the patent application was filed.  We now have significant additional information about the client’s technology, their competitors’ technology, and the value of that technology.  This enables us to write claims—based on the original specification which was written with a long-term strategy in mind—that are informed by all of this additional and up-to-date information that is now at our disposal.  As a result, we can file continuation applications that contain the next most commercially valuable set of claims, something that would have been difficult or impossible to do at the time of filing the original patent application due to the lack of information available at that time. By virtue of this strategy, we also keep our client’s options wide open.

We can continue this strategy over the 20-year term of the original application to incrementally expand the protection obtained by the client through a series of continuations (and possibly continuations-in-part).  The result is a portfolio of defensible and commercially valuable claims which, due to their relatively narrow scope, are much less likely to encounter the kinds of problems with Alice, obviousness, and lack of clarity often encountered with broader claims.  Such claims are also less susceptible to invalidation later in the PTAB and the courts for all of the same reasons.  And the relatively large number and diversity of claims means that even if some of the claims are invalidated later, doing so imposes a higher cost on the defendant, and other claims are likely to remain defensible and standing.

Some may wonder whether the strategy I’ve described is another “game of kings,” suitable only for large companies.  Nothing could be further from the truth.  We regularly use this strategy with individual inventors and startup companies, who benefit from it because it obtains the most important protection for them as early in the process as possible, and limits prosecution costs per patent by reducing the number of rejections received per patent on average.  It also eliminates the need to appeal in almost all cases, thereby avoiding the associated costs. Ultimately, patent issuances are designed to match business objectives, and as a business grows we’re able to pursue new and ‘most relevant’ claims.

Furthermore, although individual inventors and startup companies might think that their inventions are not extensive enough to justify or support multiple patent applications, often this is not true.  As the market evolves, we often find that earlier patent claims, no matter how well-planned, do not cover the client’s existing products or competitors’ products with the high degree of precision required of patent claims.  As a result, it may be necessary, and extremely valuable, to always keep a continuation pending in order to preserve the ability to file slightly different claims in order to ensure that the client’s patents clearly cover both their own technology and that of their competitors.

Despite everything we have said, there is still a place for appeals to the PTAB, but only in very limited situations, in our experience.  For example, sometimes an examiner refuses to concede a position that is undisputedly wrong on the facts or the law, and continues to reject claim amendments no matter how clearly and specifically they distinguish over the prior art.  We have also found that appeals are more likely to succeed in overcoming rejections based on nonobviousness than patentable subject matter, written description, or enablement.  Even in cases in which an appeal is filed, we always recommend considering filing a continuation application in parallel.

And in today’s world of big data, we have the ability to leverage fine-grained, up-to-date empirical data about the USPTO as a whole, individual art units, and even individual patent examiners, using services such as PatentAdvisor.  This enables us to use a data-driven approach formulate our strategy in individual cases to make decisions such as whether to appeal, file an RCE, seek an interview, or take any of a variety of other actions.  Although cookie-cutter strategies have never been in the client’s best interest, today we no longer have an excuse for not formulating a strategy that is based both on the client’s business goals and the empirically-demonstrated probabilities of success of different prosecution strategies.

The America Invents Act (AIA) and the PTAB have radically altered the patent prosecution landscape.  Instead of giving up, we respond with a radically different strategy for our clients to create lasting and valuable patent portfolios that are designed to withstand attacks in the PTAB and the courts.  Although we appreciate all of the efforts underway to reform the PTAB and strengthen the rights of patent owners, we and our clients do not have the luxury of waiting for these efforts to succeed.  Instead, we will continue to leverage the existing system for the benefit of our clients, and hope that our colleagues at other leading firms can do the same by following the strategy we’ve described.

Special thanks to Steve Gold and Van Smick for input and feedback on this article.

is a founding partner at BlueShift IP. Her practice focuses on the strategic development of patent portfolios for a range of computer technology companies in all stages of the invention [...see more]