Is the Supreme Court’s venue decision in TC Heartland anti-patent? 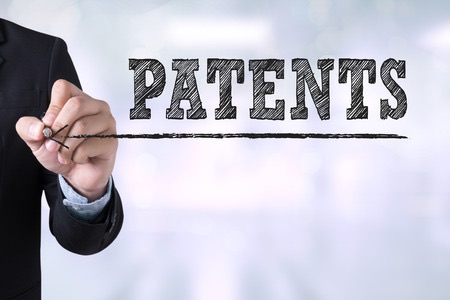 In a nutshell, the Supreme Court decided that 28 U.S.C. 1400(b) is the only statute capable of conferring proper venue in a patent infringement litigation, which overruled nearly 30 years of Federal Circuit precedent that had stood for the proposition that the 1988 Amendments to 28 U.S.C. 1391(c) opened venue for patent infringement actions to wherever personal jurisdiction could be asserted over the defendant. For more see SCOTUS reverses Federal Circuit in TC Heartland and Industry Reaction to SCOTUS patent venue decision.

Much has already been written about the decision, including here on IPWatchdog.com. No doubt much more will be written as we start to see the fallout from the decision, whether the epicenter of patent litigation will move from the Eastern District of Texas to the District of Delaware where so many corporations are incorporated or the Northern District of California where so many technology corporations have their headquarters. But one important question hangs in the air – what difference does the decision make?

On its face the Supreme Court’s venue decision shouldn’t necessarily be anti-patent. In a perfect world where the litigation will take place shouldn’t matter to the justice that will be delivered. Of course, we know from experience that is not the case.

If anything, the TC Heartland decision strikes me as more anti-business than it is anti-patent. In the wake of the Supreme Court’s decision all patent owners will now be forced to seek remedy for patent infringement where the defendant is incorporated or where the infringing defendant has a significant place of business. In other words, all patent owners will in theory have to fight patent infringement disputes against domestic corporations on the home turf of the infringer. Perhaps the concern about juries favoring a large local employer over a patent owner may be diminished compared to a generation or two ago, but there is no doubt that there are some district courts in America that are more favorable than others for patent owners.

While in theory there is nothing that inherently should make the TC Heartland decision anti-patent, it is precisely how different district courts view patents that correctly lead some to characterize the decision as another blow to patent owners.

The narrative, which you’ve probably heard, is that patent owners love the Eastern District of Texas because they are patent friendly. As with most bumper sticker length statements the truth is far more complicated. Indeed, if you look at the verdicts coming out of Eastern Texas there are some very large verdicts, but there are also a lot of zero verdicts or small verdicts as well. So if you as a patent owner are looking to hit a grand slam homerun the Eastern District of Texas provides an attractive forum given that the juries there are not afraid of large numbers, sometimes very large numbers. The juries are, however, also not afraid to give little or nothing. Other districts do not experience these same extremes, which is one reason they are more favored by defendants looking to minimize top line potential damage awards, and disfavored by patent owners looking for that lottery like score.

The primary reason patent owners like the Eastern District of Texas is because you are so much more likely to get to a jury trial than in other districts. The greater likelihood of getting to trial puts real pressure on infringers to settle, which doesn’t exist in many other districts. In other districts there is a double (or greater) likelihood that cases will be disposed on motions (i.e., motions to dismiss for eligibility, or summary judgment, for example).

Will the Supreme Court’s decision make a difference? The collective wisdom within the industry seems to be yes, but we’ve already seen fresh patent infringement actions filed in the Eastern District of Texas, so those who were expecting filings to trend toward zero will no doubt be disappointed. Furthermore, it is worth noting that Ashley Keller and Katharine Wolanyk recently wrote that they believe the consequences of the decision will be less dire than most in the industry are predicting, and that patent owners should not fear bringing suit in the District of Delaware. See TC Heartland: An Alternative Opinion.

We can’t know how many patent infringement cases will be filed in the Eastern District of Texas yet, but it is important to remember TC Heartland focused only on the first prong of the 1400(b) requirements, namely the state of incorporation. It is still possible, as mentioned, to bring a patent infringement action where infringement has occurred and the defendant has a regular place of business, whatever that winds up meaning. Sadly, we have a well-developed understanding of what that phrase means, or should mean, thanks to thousands of cases interpreting 1391(c), as well all the personal jurisdiction cases. But will the courts apply the same meaning we would normally understand from 1391(c) and personal jurisdiction cases when the Supreme Court has said that statute is irrelevant to patent litigation?

Although predictions may not be worth much, I think in the years to come we will look back on TC Heartland and see it as having had a rather minor impact on patent litigation. As good patents get harder to obtain and more difficult to keep thanks to the Patent Trial and Appeal Board (PTAB), those that will increasingly be litigated will be extraordinarily vetted, which should make the location of the trials and predisposition of the district courts toward dispositive motions increasingly less important.

It also seems unlikely that TC Heartland will do anything about any lingering patent troll problem. The truth has always been that patent trolls were, for the most part, a boogeyman created by the infringer lobby.[1]  There are, of course, some very bad actors who manipulate the legal system using patents and seek extortion-like settlements. But those truly bad actors are small in number, and they are enabled by the large entities that actually pay the extortion-like settlements instead of using the PTAB to kill those bad patents. As long as America’s technology companies continue to pay extortion there will be bad actors. Trolls will be trolls whether it is in the Eastern District of Texas or somewhere else, and it is recklessly naïve for anyone to think otherwise.

[1] As explained by Karl Fazio: “More than 80 percent of patents litigated by PAEs are acquired from operating companies.” See Clearing the Underbrush.