Regardless of Changes to Patent Venue, Trolls will still be Trolls 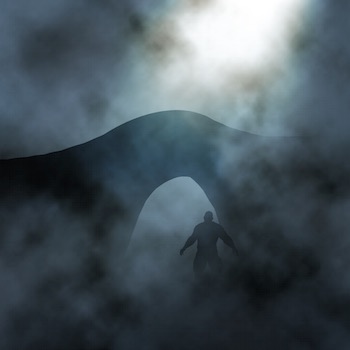 Three weeks ago the United States Supreme Court heard oral arguments in TC Heartland LLC v. Kraft Food Group Brands LLC. In deciding to hear this patent venue case the Supreme Court has agreed to decide whether 28 U.S.C. § 1400(b) is the sole and exclusive provision governing venue in patent infringement actions. Pursuant to § 1400(b), a “patent infringement may be brought in the judicial district where the defendant resides, or where the defendant has committed acts of infringement and has a regular and established place of business.”

This specific, if not somewhat archaic, issue has tremendous ramifications for the future of how patent litigation will be handled in America. Or so the conventional thinking goes. It is also believed that the Supreme Court resolution of the issue has great significance for patent reform. Indeed, Senator Orrin Hatch (R-UT) has already said that regardless of what the Supreme Court does Congress will take up the issue of venue reform. What that reform will look like will depend greatly on how the Supreme Court resolves the venue question surrounding § 1400(b).

TC Heartland is really about whether patent trolls are engaging in abusive litigation in the Eastern District of Texas, which may or may not be an interesting question to discuss but is downright inappropriate in this case. The case that will ostensibly decide the fate of patent trolls in Eastern Texas has nothing to do with patent trolls or Eastern Texas. The patent owner is Kraft Foods, a Delaware company that filed a patent infringement lawsuit against an infringer in Delaware. Kraft did not go to some exotic location, but instead they sued where they are located and are being harmed. Even Justice Stephen Breyer surprised many during oral arguments asking why the Eastern District of Texas is at all relevant in this case that has nothing to do with Texas or patent trolls. He probably should have mentioned that earlier before the Court jumped the shark and took the case seeking a writ of mandamus, which is an extraordinary remedy for the Supreme Court to concern themselves with.

Of course, Justice Breyer has like so many other judges been known from time to time to fake interest in one position or another when he will ultimately decide in an entirely different manner. This is what makes predicting the outcome of any Supreme Court ruling, or the ruling of any appeals court, very difficult based only on the oral argument. We do know that the Supreme Court generally does not take cases from the Federal Circuit to affirm both the holding and the legal justification for the holding, so smart money is generally bet on the Supreme Court overruling the Federal Circuit. In this case that would mean that § 1400(b) would be the sole and exclusive provision governing patent venue, as the Supreme Court decided in Fourco Glass Co. v. Transmirra Products Corp., 353 U.S. 222 (1957).

That conventional wisdom is wrong!

While those who constantly push for ever more patent reform and the dismantling of the patent system grossly over define who is a patent troll, one such entity that is frequently labeled a patent troll is Reflection Code, LLC, a limited liability company with a place of business in Plano, Texas. It is certainly true that Reflection Code has brought patent infringement actions in the Eastern District of Texas, but on March 31, 2017, Reflection Code brought two separate patent infringement lawsuits in the Eastern District of Michigan — one against Bissell, Inc. and the other against Mattel, Inc. So if the Supreme Court thinks that they will be addressing the patent troll not in the room that they are so often preoccupied with, they better think again before they render their decision in TC Heartland.

Patent trolls will be patent trolls. Patent litigation is going to continue regardless of what the Supreme Court decides in TC Heartland. In fact, there is a real chance that those who are so often the targets of patent infringement lawsuits will regret the day patent owners were forced to leave the confines of the Eastern District of Texas.

Truthfully, it is sad when a venue becomes vilified by infringers because patent owners actually get to have their day in court in front of a jury — a jury that is as likely to award little or nothing as they are to award any meaningful damages. But that is another story for another day. In the meantime, hopefully someone will tell the Supreme Court that nothing they do in TC Heartland will stop patent trolls. The only thing that will stop a patent troll is a defendant standing up to the extortion and stop to paying, because all paying a patent troll does is paint a target on your back that says “sue me because I pay.” Of course this has been true for years, fighting patent trolls almost never happens and you’d be foolish to think that large corporate infringers will wake up and engage a strategy likely to put a stop to patent trolls. They need patent trolls and the narrative of evil patent owners far too much, at least until they get the unilateral disarmament of the U.S. patent system.