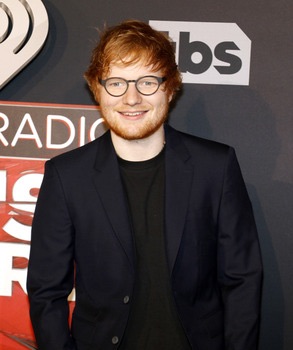 Ed Sheeran at the 2017 iHeartRadio Music Awards held at the Forum in Inglewood, USA on March 5, 2017.

This week in Other Barks — The House of Representatives is on recess, but the Senate continues to meet in pro forma sessions, which over the past several years were used by Republicans to prevent President Obama from making recess appointments. Uber is initiating a patent purchase program and is accepting submissions through May 23, 2017, with decisions to be made on what assets will be purchased by July 7, 2017. British musician Ed Sheeran settles a copyright infringement suit brought in the Central District of California that alleged Photograph was an infringement of the song Amazing. The Ninth Circuit deals a blow to websites that allow users to post photographs of celebrities, ruling that summary judgment was inappropriate and that agency theory is applicable under DMCA safe harbor provisions. The Andy Warhol Foundation preemptively files a DJ action against a photographer, the Federal Circuit denies rehearing in Unwired Planet v. Google, the ITC takes judicial notice of the PTAB refusing to institute IPR proceedings, and IBM teams with Teva Pharmaceuticals to apply cognitive tools to drug discovery.

In Case You Missed It… 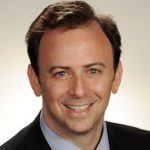 Over the last week IPWatchdog.com has published an article written by ITC Commissioner, the Honorable F. Scott Kieff, titled Thinking about IP collaboration at the Patent-Antitrust Interface. Kieff’s article addresses a commercialization approach to IP, which views IP more in the tradition of a private set of laws, rather than as public laws. Also, after concluding a three-part interview with former USPTO Deputy Director Russ Slifer, IPWatchdog.com published an article written by Slifer providing more detail into his vision for improvements to post grant procedures, particularly inter partes review (IPR) proceedings. Patent owners will likely find many of Slifer’s suggestions quite appealing. See How to Improve IPRs. 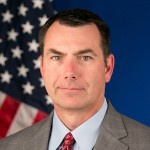 In agency news, Michelle Lee has also launched a PTAB initiative to shape and improve IPR proceedings, and Acting FTC Chair Maureen Ohlhausen told an audience at the annual ABA IP conference that the FTC will wait to update patent guidelines.

We also embarked upon publication of a six-part review of the 2016 patent marketplace co-authored by Kent Richardson, Erik Oliver and Michael Costa of the ROL Group. The first installment published Monday, and the next installment will be out later this week.

The United States House of Representatives is currently on a two-week recess, which began on Friday April 7, 2017, and which will run through Friday, April 21, 2017. No votes are scheduled for Monday, April 24, 2017, and the House calendar says that votes are postponed until 6:30pm on Tuesday, April 25, 2017.

In an effort to grow its patent portfolio, Uber has announced a patent purchase program. Dubbed UP3 (for Uber’s Patent Purchase Program), sellers are being instructed to provide patent family details and the price they are willing to accept for each portfolio. Submissions will be accepted through May 23, 2017, with Uber making decisions by July 7, 2017, and deals completed by August 22, 2017. Uber provides more information, including Submission Terms and Conditions on their UP3 webpage. Interestingly, the Submission Form is not hyperlinked as of this writing. For more information see Tech Crunch.

In June 2016, British musician Ed Sheeran was sued by HaloSongs (HaloSongs, Inc. et al v. Ed Sheeran et al) in the United States Federal District Court for the Central District of California for copyright infringement. The suit alleged that Sheeran’s song Photograph is nearly a note-for-note copy of Amazing, a song written by co-plaintiffs Martin Harrington and Thomas Leonard. According to The Guardian, the case was dismissed on Monday, April 10, 2017, when an undisclosed agreement was reached between the parties. The lawsuit had sought $20 million in damages from Sheeran and other defendants. “Photograph,” which sold 3.5 million copies has been certified 2x Multi Platinum by the Recording Industry Association of America (RIAA).

On April 7, 2017, the United States Court of Appeals for the Ninth Circuit issued a decision in Mavrix Photographs, LLC, v. LiveJournal, Inc. Mavrix sued LiveJournal for posting twenty copyrighted photographs online. The district court held that the Digital Millennium Copyright Act (DMCA) safe harbor protected LiveJournal from liability because Mavrix’s photographs were posted at the direction of the user. To reach that ruling the district court opined that the common law of agency does not apply. The Ninth Circuit disagreed and concluded that it does. The Ninth Circuit explained that for safe harbor provisions to apply the Internet Service Provider must show (1) lack of actual or red flag knowledge of infringing material; and (2) that it did not financially benefit from the infringement. The district court’s grant of summary judgment was reversed and the case remanded for further proceedings. For more see Fortune.com.

On April 7, 2017, the Andy Warhol Foundation filed a declaratory judgment action in the United States Federal District Court for the Southern District of New York. The action seeks relief from copyright claims being made by photographer Lynn Goldsmith and Lynn Goldsmith, Ltd. The Warhol works in question relate to a 1984 series of prints of the late musician Prince. The Foundation argues that the copyright claims are barred by the statute of limitations, and that while Warhol was inspired by photographs the resulting Warhol work was an entirely new creation. Goldsmith took the publicity picture of Prince in question in 1981, which does bear a striking resemblance to the Warhol prints. The DJ complaint goes to some effort to demonstrate differences, which are present upon inspection, but copyright infringement cannot generally be disproved only by focusing on differences when there are strong similarities present.

According to Scott McKeown at PatentsPostGrant.com, an Administrative Law Judge (ALJ) at the International Trade Commission (ITC) has recently taken judicial notice of decisions of the PTAB that refused to institute inter partes review (IPR) proceedings. While recognizing the different (i.e., lower) standard that applies for invalidation of claims at the PTAB, the ALJ at the ITC explained that the decisions may well inform the issues at stake in the Investigation given that the PTAB decisions discuss at length multiple pieces of prior art relied upon by the Respondents. As McKeown points out, if “prior art does not satisfy the PTAB’s preponderance of evidence standard… the same art should fail to meet the heightened clear and convincing standard of the courts.”

On April 4, 2017, the United States Court of Appeals for the Federal Circuit issued a brief order denying panel rehearing and denying rehearing en banc in Unwired Planet, LLC v. Google, Inc. Google filed a petition for both panel rehearing and rehearing en banc and a response to the petition was invited by the court and filed by Unwired Planet, LLC. No reason for the denial of Google’s petition was provided by the Federal Circuit, which is typical. The original panel decision, authored by Judge Reyna and issued on November 21, 2016, found that the Patent Trial and Appeal Board (PTAB) was using the wrong definition for what constitutes a covered business method (CBM) patent. A covered business method patent is defined as a patent that claims a method for performing data processing or other operations used in the practice, administration, or management of a financial product or service. Specifically excluded from the definition of a covered business method patents are those that relate to technological inventions. See 37 C.F.R. 42.301(a). To determine whether a patent is for a technological invention the PTAB is supposed to consider whether the claimed subject matter recites a technological feature that is novel and unobvious over the prior art; and solves a technical problem using a technical solution. See 37 C.F.R. 42.301(b). Nevertheless, the PTAB had been finding patents to be CBM patents when they covered matter incidental to a financial activity or complementary to a financial activity. For more see Federal Circuit slams PTAB.

On April 7, 2017, IBM featured recently granted U.S. Patent No. 9,536,194 in an IBM blog post on the company’s website. IBM explained that lack of efficacy and adverse side effects are two of the primary reasons drugs fail in clinical trials, with each accounting for approximately 30 percent of failures. Computational models, however, can provide useful insights, which is why IBM says they began developing cognitive tools and platforms for use for drug discover and development. The ‘194 patent, which is titled Method and system for exploring the associations between drug side-effects and therapeutic indications, is being applied in a joint research effort with Teva Pharmaceuticals focusing on drug repurposing.