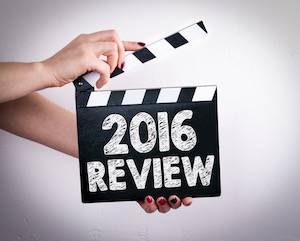 While 2016 may have seemed like a tough year for the patent market – with dropping sales, decreasing prices, and the effects of Alice continuing to take its toll on fintech – there are also many new opportunities emerging. Our 2016 Patent Market Report shows that despite these setbacks, the patent market continues to be robust and booming. We began writing annual patent market reports five years ago to inform the market and provide analysis of the evolution of the patent market. Here, we have divided our 2016 Patent Market Report into six separate articles, beginning with our overview of the market. In future articles, we will analyze patent brokers and packages, patent pricing, key diligence data, patent sales, litigation and inter partes reviews, and market size.

After five years of analyzing and reporting on the patent market, the only constant appears to be change. Although asking prices have stabilized, sales are down, bringing the value of the brokered market down to $165 million from $233 million last year. However, the launch of both IAM Market and the Industry Patent Purchase Program (IP3) has introduced new buying opportunities. At the same time, the impact of negative patent decisions is becoming apparent as non-practicing entities (NPEs) pull back from the market. For the first time, purchases by corporations have exceeded NPE purchases. Even the biggest NPEs have been affected, with RPX succeeding Intellectual Ventures (IV) as the new buying leader. Further, the data shows that the US Supreme Court’s decision in Alice has crushed much of the nascent financial technology (fintech) patent market and affected software package sales rates. Finally, we received better litigation data this year and it appears that the litigation risk from sold patents is much higher than previously reported – you may want to reconsider your risk models and membership of defensive aggregators.

When we started reporting on the market, we focused on brokered patents because they represented the majority of the public market for patents. We still believe that this market is a valuable bellwether and so this report continues to focus on it. However, the report also includes some discussion of the broader corporate-to-corporate market, as well as new sources of patents.

We maintain that the entire patent market benefits from transparency. In the past five years, we have seen a shift from a select few large companies buying and selling patents to a situation where medium-sized and pre-initial public offering companies are building out their capabilities to buy and sell patents. The industry narrative has shifted from, “I know nothing about the patent market” to “How do we best participate?” While data-driven information about pricing, technology areas, deal terms, the diligence process and other elements relating to the buying process are necessary – and quarterly patent market data is now reported in mainstream media – that information alone is insufficient. Issues of how to define a successful patent buying program, which metrics should be used and how to source patents of particular interest most effectively must be answered as well. The patent market data can be used to help answer such questions.

How big is the market?

We are currently tracking $11 billion of patent packages, across over 3,500 packages with more than 86,000 assets. Through assignment data, we see that $2.3 billion of that market has sold. However, this number likely underestimates the total sales because not all assignments are recorded.

Figure 1 shows the market that we have tracked for the past five years. It includes both private and public packages and attempts to determine an overall total dollar value for the patent market. We began doing this last year, but reworked the formula to better reflect what was being tracked. Our insight into private packages is limited to packages in which we have had work. Additionally, IP3 and IAM Market have had a significant impact on the number of available patents. That said, the dollar value of the market is surprisingly large and diverse. Extrapolating the market through 2017, as Figure 1 does, we estimate that between $2 billion and $3 billion in new potential packages should enter the market every year. The sales data as of the second quarter of 2016 is for sales where we have identified an assignment document only. Projecting through 2017, we expect cumulative total sales to reach more than $3 billion.

Two big events have skewed the overall market for patents: IAM launched IAM Market and Allied Security Trust (AST) launched IP3. These two new patent marketplaces have brought many more packages to the overall patent market. Because of timing and methodology, we are unable to take account of the whole impact of these two new marketplaces on pricing and sales rates, but we do have some initial insights.

IAM Market opened for business in October 2015 and, surprisingly, now comprises 25% of all packages in our open market data. It functions as a platform for companies to list their patents and technologies for license or sale and is positioned not only to list patents for sale but also to showcase which sellers are currently selling. (The authors are listed as sellers on IAM Market.)

Through May 2016, IAM Market listed 194 packages, with 3,724 assets, from 17 sellers, representing 25% of all packages. One note of caution is that the packages have a much wider range of supporting materials than what we usually see from brokers. IAM Market is relatively new and arguably the patents are listed for different purposes from those found on the brokered patent market. We have included IAM Market data in the overall data, except where noted.

Another important development has been the launch of IP3, an AST-run industry patent-buying initiative. IP3 brings together patent-purchasing dollars from a number of companies to buy patents without haggling. This accelerated purchase process begins with patent submissions – for this round the submissions had to be in by June 2016. Each submission is an entire patent family – a change from the previous Google process on which IP3 was modeled. Bidding on the patents occurred in late July 2016 and purchases were due to be recorded via assignments by September 2016. The process is innovative in that IP3 offers a new opportunity for inventors and companies to sell their patents in an accelerated environment with committed capital from purchasers. We have not included IP3 data in the overall data, except in estimating the market in Figure 1.

From our discussions with AST, we learned that approximately 1,400 submissions (each being a patent family, with over 3,000 patent assets submitted) were made from approximately 450 sellers. After initial filtering criteria were applied, 750 submissions were considered for more in-depth review. About half of those had at least one asset which had previously been presented on the brokered patent market. Approximately half of the IP3 submissions came from patent brokers.

Further, 60% of the purchased submissions were of patent families that had previously been presented on the brokered patent market. It will be interesting to see the results of the IP3 process, given the available committed capital and no-haggle process.

Additionally, as predicted, some assignments from this process have already been recorded. On September 16, 2016, the IAM blog reported the discovery of assignments of 78 US patent applications and grants. Because the assignments took place outside of the market year, further details of the IP3 process will be covered next year. However, these results suggest that the process has been successful.

We see IAM Market and IP3 as complementary to existing avenues for buying and selling patents. For example, IAM Market sellers can list assets for sale which are also being presented by brokers. Similarly, brokers can and do submit patents to IP3.

The remainder of our 2016 Patent Market Report series provides details on the market and follows the flow of a typical purchase process. In subsequent posts, we will cover sourcing, asking prices, diligence steps, sales, purchase closing and litigation, concluding with our market size estimate.