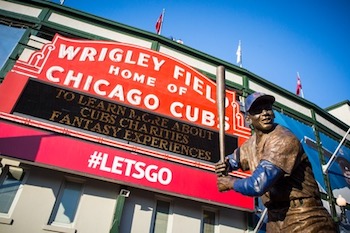 In the world of major league sports, licensing team trademarks for their use in merchandise and apparel has become big business. The international licensing industry group Licensing Industry Merchandisers’ Association (LIMA) has reported that sports licensing revenues in 2013 grew to $698 in revenues on $12.8 billion in retail sales, making 2013 the fourth straight year of revenue growth in this sector. The collegiate category, which includes colleges and universities competing in National Collegiate Athletic Association (NCAA) sporting events, accounted for $209 million in licensing royalties during 2013. A LIMA survey for 2014 shows that retail sales of licensed sports merchandise and apparel rose to $26.2 billion, a sharp spike up from 2013 which accounted for more than 10 percent of all retail sales of licensed merchandise in 2014. A survey of the U.S. market for licensed sports merchandise released this March by Market Research Reports shows that sports apparel is enjoying the highest growth rate in the sector, outpacing video game and sporting equipment segments.

Of course, success breeds competition, and competition in the world of licensed merchandise often means counterfeits. Last January, representatives from the U.S. Immigration and Customs Enforcement (ICE) office announced that an operation to seize counterfeit merchandise featuring National Football League (NFL) team logos had netted $19.5 million worth of counterfeit hats, jackets and other apparel. The enforcement action, dubbed Operation Team Player, resulted in the seizure of more than 326,000 pieces of phony sports merchandise and led to 52 arrests. This February, ICE announced that another Operation Team Player sting resulted in the seizure of more than 450,000 counterfeit items worth about $39 million. The NFL counterfeit item crackdowns were scheduled to coincide with the Super Bowl championship game.

It’s not just football which attracts interest from counterfeiters looking to make a quick buck on the use of a team logo. In late September, media reports indicated that the Chicago Cubs and Major League Baseball (MLB) had filed a court order which would give law enforcement the right to seize counterfeit or trademark-infringing goods being sold outside of Chicago’s Wrigley Field. The Cubs filed the complaint in the U.S. District Court for the Northern District of Illinois (N.D. Ill.) and names seven individual defendants as well as 30 John Doe defendants.

There are a large number of trademarks owned both by the Cubs and by MLB which are being infringed upon, according to the suit. The Cubs want to prevent the sale of goods including indicia associated with the team including famous former players like Ryne Sandberg and Ernie Banks; references to team successes like 1908, the last year in which the Cubs won the World Series; traditions like the “W” flag or “Go Cubs Go”; broadcast personalities; and famous Cubs managers. The Cubs are also looking to block goods depicting Wrigley Field as the Cubs own word and design marks related to the stadium, its iconic marquee and its ivy-covered red brick walls.

The filed complaint includes pictures of both vendors and counterfeit goods being sold with marks owned by either the Chicago Cubs or MLB. These images show T-shirts, fishing hats, towels and other merchandise which either infringe upon trademarks by using identical or similar Cubs and MLB logos; the complaint also mentions merchandise which incorporate the Cubs’ trade dress blue-and-red color scheme. The suit includes eight claims for relief related to trademark infringement and unfair competition.

The prayer for relief in the Cubs’ complaint spells out the ways in which they’d like to prevent sales of counterfeit goods around the stadium in the future. If the case were to go the Cubs way, defendants would be permanently enjoined from marketing infringing goods, using any trademark or logo which is likely to cause consumer confusion for being similar to the plaintiff’s trademarks or circumventing the prohibition on sales through assignments or transfers. The complaint also asks that plaintiffs or their representatives will be able to seize and sequester infringing goods or devices used to produce the infringing goods, including silk screens, heat transfers and printers, which are in the possession of defendants with the help of law enforcement officials.

The fact that law enforcement officials could be used to seize counterfeit goods which infringe upon trademarks held by the Chicago Cubs is unusual in U.S. trademark law. Typically, defendants are given notice from a court that their goods are accused of trademark infringement Ex parte seizure orders, in which a court authorizes such seizures of goods without notifying defendants, are typically only issued in an effort to protect trademark owners from counterfeiters who would either destroy or hide evidence if given advance notice from the court. This is sometimes used at trade shows when a foreign entity without a business presence in the United States brings such infringing products for sale.

One example of this was seen in January of this year when federal marshals seized self-balancing electric skateboards being marketed at the Consumer Electronics Show (CES) in Las Vegas. The seizure order was issued on behalf of Future Motion, a company which has developed and markets a one-wheeled electric skateboard known as the OneWheel. Federal marshals went to CES to seize Trotters, skateboard products infringing upon Future Motion’s patent rights and being sold by Chinese firm Changzhou First International Trade. Many attendees at the trade show, including Changzhou representatives, were taken by surprise at news of the seizure. Although the parties selling Cubs merchandise outside of Wrigley Field seem to be mostly American citizens, it wouldn’t be surprising to see the Cubs argue that the ex parte seizure order is required because those selling counterfeit goods aren’t doing so at a permanent place of business and can get rid of infringing goods after the event if given notice by a court of the infringement allegations.

It’s not unheard of for the MLB and its franchises to involve themselves in litigation designed to protect their trademarks. Over the past few years, both the Cubs and the Washington Nationals were involved in a trademark dispute against online financial service startup WalletHub over concerns that WalletHub’s white “W” on a green background logo could cause customer confusion over similar design marks held by the Cubs and the Nationals. WalletHub was able to settle the dispute by filing a new trademark application which specifically noted that the mark would be used on services “not relating to baseball or softball or a baseball or softball team.” This June, MLB filed a trademark infringement lawsuit in the U.S. District Court for the Southern District of New York (S.D.N.Y.) against video game developer OneUp Games over the use of player likenesses in a mobile-based baseball application designed as a head-to-head bingo-style game. Although OneUp Games did enter into a licensing agreement with MLB, the league alleged that OneUp broke the terms of that agreement by proceeding towards sale or distribution of the game past a stage at which it needed the express written approval of MLB, which it did not procure.