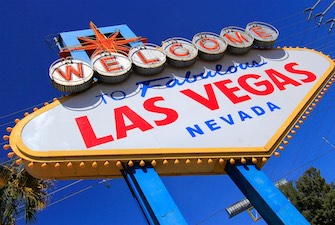 It is the received wisdom of the patent bar that equitable relief, particularly injunctive relief, is largely unavailable to U.S. patent holders. The rationale is that, given the exclusionary nature of the patent grant, a patentee can rarely satisfy the irreparable harm prong of the various tests for equitable relief, since monetary damages are deemed adequate to relieve in full the harm caused the patentee by infringement of his U.S. patent. The notable exception to this general rule is the remedial orders (exclusion orders, cease-and-desist orders, and seizure-and-forfeiture orders) issued by the U.S. International Trade Commission under the authority of 19 U.S.C. § 1337(d, e, f, g, & i). Thus, the report of a seizure by federal marshals of allegedly infringing one-wheeled, self-balancing electric skateboards at the Consumer Electronics Show in Las Vegas last week came as a surprise to some.

The holder of a U.S. patent who discovers an exhibitor at a trade show in the United States exhibiting infringing merchandise is in a difficult position, particularly if the exhibitor is a foreign entity with no U.S. presence beyond its annual appearances at the trade show. In many industries, the annual trade show plays the same role as Black Friday does for retailers of consumer-oriented products: a disproportionately large percentage of the industry’s sales for the entire year are initiated or consummated at the show. But the typical trade show lasts between two and five days, giving the aggrieved patent holder little time to prevent the infringer from making substantial inroads into the patentee’s market share.

And it’s not only time that is working against the patentee who discovers an exhibitor of infringing products at a trade show; his remedies are also narrowly limited. Trade show managers are, generally speaking, reluctant to act on a patentee’s allegations by ordering the removal of the allegedly infringing merchandise, given the technical and legal difficulties inherent in determining patent infringement and the potential legal liability weighing on the show management whose enforcement action is later challenged by the alleged infringer. Even where the goods in question are subject to an ITC exclusion or cease-and-desist order, U.S. Customs and Border Protection and U.S. Homeland Security Investigations (the branch of Immigration and Customs Enforcement that deals with violations of the Customs laws) take the position that they lack the authority to seize allegedly patent-infringing goods at a trade show, since by the time these goods have reached the trade show, they are beyond the U.S. ports of entry where these agencies’ authority in matters of patent infringement ends.

While we tend to think of Las Vegas’ tourism-based economy as built on gambling, trade shows also bring hundreds of thousands of visitors to the city each year. Thus, the issue of effective enforcement of the patent laws at these trade shows becomes entwined with the health of the city’s economy. Against this backdrop, the Las Vegas bench of the U.S. District Court for Nevada has developed a muscular set of equitable remedies for U.S. patent holders who complain to the court of patent infringement by a trade show exhibitor, remedies that the court can and does deploy with sufficient speed to be effective within the narrow timeframe of a trade show.

When a patent holder files a patent infringement complaint with the Las Vegas federal court, typically just before or at the very beginning of a trade show, the court routinely grants the plaintiff’s emergency, ex parte motion for a temporary restraining order. These TROs prohibit the defendant from offering to sell or selling infringing items at the show (or elsewhere in the United States), from processing payment for such sales, from destroying or removing accused items, and from destroying or removing relevant evidence, including documentary and electronic sales records and any electronic device or medium containing such evidence. As ancillary relief, these TROs will sometimes decree that “any web hosting company, domain name registry, and/or domain name registrar having notice of the Court’s Order must . . . take any and all action necessary to remove the infringing products from websites having content controlled by Defendant.” Order Granting Plaintiff’s Emergency Motion for an Ex Parte Temporary Restraining Order, Seizure Order and Setting Hearing Date for Motion for Preliminary Injunction at 5, Future Motion, Inc. v. Changzhou First Int’l Trade Co., Ltd., No. 2:16-cv-00013-MMD-CWH (D. Nev. Jan. 6, 2016).

But the TRO is the less potent of the orders typically issued by the Las Vegas court. Routinely, aggrieved patentees include in their motion for emergency relief a request for a seizure order, and the judges of the Las Vegas court routinely grant this relief as well. Such orders typically provide for the seizure by the U.S. Marshals Service of the infringing products together with evidence of the defendant’s illegal activities, including documents (whether physical or electronic) such as sales and business records. These orders typically provide explicitly for the physical seizure of any electronic equipment (often broadly defined to include not only computers, but also flash drives and cell phones) where the defendant might store such records. Finally, the U.S. Marshal charged with serving the complaint and TRO and executing the seizure order is typically authorized to “use all reasonable force in conducting the seizure and [to] open doors, locks, boxes, briefcases, and containers of any type or nature to locate and identify Evidence to be seized.” Id.

The judges’ orders rarely contain a detailed analysis of the four preliminary injunction factors, but the common theme that pervades these orders is that the allegedly infringing exhibitor is a foreign entity with no U.S. presence and no assets in the United States that could be seized in satisfaction of a monetary judgment. Given the unavailability of monetary damages in this scenario, equitable remedies, including seizure of the allegedly infringing merchandise, are warranted to prevent the otherwise irreparable harm that would occur if the exhibitor were to continue exhibiting and selling the infringing merchandise for the remainder of the trade show. The following language is typical:

Because the court issues its orders for equitable relief on an ex parte basis, the first time that the alleged infringer learns of the complaint and resultant TRO and seizure order is usually when it is personally served on the floor of the trade show. See, e.g., Order at 4 (“Because of the timing of the show this week, this relief can only be granted immediately and on an emergency basis, without delaying to provide formal notice and an opportunity to appear to Defendant.”). But while they have a distinct shock-and-awe flavor, the court’s remedies do not leave the defendant without recourse. The plaintiff must deposit a bond ($10,000 is typical), and the defendant can, of course, challenge the orders on an emergency basis, although the same time constraints working against the plaintiff here operate to the detriment of the defendant. In reality, however, the foreign exhibitor with the resources and legal acumen to reverse the court’s equitable orders within the space of the trade show is the exception rather than the rule. Small and medium-sized foreign exhibitors will often be unable to act effectively within the requisite time, and many will ultimately default in the underlying litigation.

R. Austin Blakeslee graduated from Tulane University Law School in 2013 and joined the Blakeslee Law Firm immediately thereafter. He was admitted to the bar of the District of Columbia in 2014. Since [...see more]