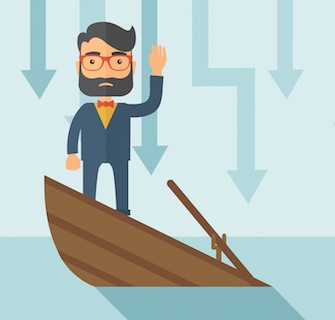 Back in October 2010, the United States Patent and Trademark Office announced the adoption of new, more comprehensive procedures for measuring the quality of patent examination. The new procedures put in place in 2010 measured seven diverse aspects of the examination process to form a more comprehensive composite quality metric.  The composite quality metric is designed to reveal the presence of quality issues arising during examination, and to aid in identification of their sources so that problems may be remediated by training, and so that the presence of outstanding quality procedures may be identified and encouraged.

The Patent Office is also once again pushing a patent quality initiative. “The innovation that is fostered by a strong patent system is a key driver of economic growth and job creation.” That is how the United States Patent and Trademark Office began the Federal Register Notice announcing the new patent quality initiative back in early February 2015. “Quality is two-fold – both internal and external,” Deputy Commissioner for Patent Quality Valencia Martin-Wallace explained to me during a March 2015 interview. “We want to make sure we are delivering quality to stakeholders… patents that can stand up in the courts.”

Yet, somehow, despite all the talk about patent quality, several months ago it was learned that one particular patent examiner has fraudulently submitted time sheets claiming pay for over 700 hours of work never performed. Called only “Examiner A” in the report, the examiner in question also received extraordinarily low performance evaluations, receiving a reprimand for poor quality on nine (9) separate occasions. This leads to a very difficult question for the Patent Office – why was Examiner A even still working as a patent examiner?

While improving patent quality is a fine goal, the episode with Examiner A shows what many in the patent bar already know to be true. There are some patent examiners that produce very low quality. There are also patent examiners that struggle to speak and write in English. There are patent examiners who refuse to give serious and thoughtful consideration until the patent applicant has filed an appeal brief. These and other nuisance hurdles placed in front of applicants do nothing but frustrate the very purpose of having a patent system, which is to recognize and reward innovation. Worse, the public has already received the benefit of the bargain through publication of the patent application, so in effect what recalcitrant patent examiners are doing is unilaterally refusing innovators the benefit of their bargain after the value has been already provided.

While the overwhelming majority of patent examiners take the job very seriously, those that do not take the job of examining patents so seriously do real damage to the patent system they are supposed to be serving. They also do very serious damage to the reputation of all patent examiners and call into question the quality produced by the Patent Office.

If the Patent Office cannot fire a patent examiner who is routinely cited for inferior quality then how can the Office seriously expect that any of their initiatives will do anything to increase quality?

Unfortunately, there may be very little the Patent Office can do about patent examiners who continually produce inferior quality. The federal government has an outdated civil service system that fails to hire the best employees, but instead only allows agencies to interview those who score the highest on a written application submitted through USAjobs.gov. Points are given for previous federal work experience or military experience, regardless of whether it is at all relevant to the job being applied for. Similarly, points are giving for minorities and those with disabilities, again without regard to job suitability. Thus, the perfect applicant for a position who has never been employed by the federal government, who is not a minority, and who is not disabled can and does easily score fewer points than someone without the appropriate background and training for a position.

Although it is not impossible, firing a federal employee who has gone past their probationary period is extremely difficult. “Very few federal employees — in the hundreds, not the thousands — are ever fired on the basis of poor performance,” said Paul Light, a professor of public service at New York University. Similarly, Don Kettl, a professor at the University of Pennsylvania, agreed: “The federal civil service is hamstrung by antiquated rules. We need to make it easier to fire poor performers.”

Still, it seems at least a little silly to be talking about patent quality and what the industry needs to do to provide better patent applications when the Patent Office is unable to manage its own employees. I’m in favor of patent quality, don’t get me wrong, but patent quality is only ever going to be as strong as the weakest link. The fact that Examiner A wasn’t even working and that he was continually reprimanded for poor quality speaks volumes about the safeguards in place to protect patent applicants.

Not being able to hire the best people, not being able to fire under performers, and not even knowing that an employee wasn’t working really makes you want to throw up your hands and say “hey Patent Office, fix yourself first!”

The deviation in allowance rates is so overwhelming between Art Units in the same Technology Center that the different treatment patent applicants receive is functionally discriminatory, if not discriminatory in a legal sense. Such different treatment by similarly situated patent applicants cannot be what the law is supposed to encourage, or even allow. If the concept of equal protection means anything it has to at least mean that applicants, some of who are direct competitors operating in the same or adjacent technology fields, have to be treated the same.

What is a patent practitioner to do when facing what seems to be an insurmountable hurdle, or in an Art Unit where patents simply are never issued unless the Patent Trial and Appeal Board (PTAB) orders the examiner to allow?

Answering this question is the central focus of a free webinar I will moderate on Wednesday, October 28, 2015, at 1pm ET. The title of the webinar is Enemies of Patent Prosecution & Strategies to Overcome Them. I will be joined by Bob Stoll, former Commissioner for Patents at the United States Patent and Trademark Office and current partner at Drinker Biddle. Also joining the conversation will be Chris Holt, who is Vice President of patent analytics at Reed Tech.

We will discuss using patent prosecution data on specific examiners and Art Units to craft a prosecution strategy that will maximize the chance of success while minimizing costs to the patent applicant. We will also further talk about various procedural mechanisms available, including the Ombudsman program, effectively using prioritized examination to force a matter forward, and strategies to streamline the appeals process for applications of particular commercial importance.