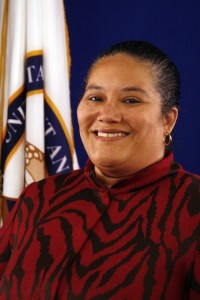 “The innovation that is fostered by a strong patent system is a key driver of economic growth and job creation.” That is how the United States Patent and Trademark Office began the Federal Register Notice announcing the patent quality initiative back in early February 2015. This is why the USPTO is embarking on an initiative that seeks to improved patent operations and procedures in order to produce the best possible work product.

On Wednesday and Thursday, March 25 and 26, the USPTO will take the first public steps on the road to enhancing patent quality by hosting a Patent Quality Summit at the Office’s main campus in Alexandria, Virginia. The Summit will also be broadcast via webinar and recorded for later viewing.

Valencia Martin-Wallace, who was recently appointed to the newly created position of Deputy Commissioner for Patent Quality, will manage and lead USPTO quality initiatives. She will be responsible for implementing a comprehensive quality management system. Yesterday I had an opportunity to speak with her to get a preview of the Patent Quality Summit and to better understand what the Office has in mind.

According to Martin-Wallace, the goal of the Patent Quality Summit is to establish a dialogue between the USPTO and stakeholders so that both sides can obtain a better understanding of where everyone is coming from when we talk about patent quality, and to set expectations going both directions. “Quality is two-fold – both internal and external,” Martin-Wallace explained. “We want to make sure we are delivering quality to stakeholders… patents that can stand up in the courts.”

During our conversation I asked Martin-Wallace what the USPTO wanted to accomplish this week through the two-day Summit. “We want to go through the process and have a better understanding that will help us in our daily work of prosecuting applications,” she explained. “Brainstorming proposals will be easier if we know what stakeholders are concerned with.” She would also go on to tell me that it is important that “everyone gets a say-so with respect tow hat the initiatives are.”

So far everything I have heard about what the USPTO has said about what they hope to accomplish sounds promising. Still, when the term “patent quality” has been used by the Office historically this has been “code” for attempting to create new ways to creatively reject more applications quicker. I asked Martin-Wallace about that and she recognized that she understands those who are concerned about whether this will be a one-sided quality initiative slanted toward denial rather than an even-handed approach to meaningfully and substantively reviewing quality from all perspectives.

On this point Martin-Wallace explained:

I can understand it. One of the other initiatives I am intimately involved with is the Patent Ombudsman program… a large portion of that program was addressing differences in expectation that come up between examiners, supervisors and practitioners and trying to work through them. I think having this Summit and having the quality initiative, as a whole is trying to address the expectations of everyone, to understand how better to collaborate and work together.

Martin-Wallace was the TC Director overseeing the Patents Ombudsman Pilot Program, so this new position of Deputy Commissioner for Patent Quality seems like a logic fit. I’ve had the opportunity to use the Ombudsman one time and it worked extremely well to get a case back on track. Others I know that have used the Ombudsman program have been equally impressed. So if Martin-Wallace can bring that expertise to substantive patent quality as a whole I think this initiative could be successful. Of course, the initiative will only be successful if patent quality is not synonymous with rejection, which is something I know Martin-Wallace understands and something that I, and many others, will be watching.

Picking up on the two-way street that must be patent quality, I asked Martin-Wallace whether she thinks patent examiners really understand the consequences associated with appealing a case. It is common to hear stories where an impasse is reached and the patent examiner says: “If you disagree then just appeal.” While that sounds logical, I have often wondered whether examiners understand what that really means, because it means another 3 to 4 years waiting, another $10,000 of costs and fees, and frequently also means lost opportunities, no additional investment from investors, and stalled business. Examiners shouldn’t be issuing patents where the legal requirements are not satisfied, and sometimes the only proper recourse is to appeal. Still, I would personally prefer the first reaction of an examiner at an impasse to be to search for something that could be allowed albeit narrow.

“It is easy to [for examiners] get into their own world,” Martin-Wallace explained. “They get just as invested in the work that they are doing as attorneys and agents do, trying to make sure they are doing the right job. I think there is sometimes that some might not understand the perspective of the outside applicant or the practitioner. We’ve put things in place, such as pre-appeal conferences that allow us to take a fresh look at things to see if we are heading in the right direction to see if we can prevent appeals that are not necessary.”

Martin-Wallace would go on to again talk about the value of the Patent Quality Summit not only being to give stakeholders the opportunity to provide their perspective, but also the value in having examiners hear the applicant perspective. “It has to be both sides in collaboration to make sure we both understand what the other is addressing, opinions and facts of the case,” she explained.

I also asked Martin-Wallace was about the perception that patent examiners are reviewed only with respect to allowances and not with respect to cases they finally reject. For a long time there has been the believe both inside the Patent Office and in the stakeholder community that an examiner is far more likely to be penalized for allowing a case that shouldn’t have issued than they are for rejecting a case that should have been allowed. In the past, as I understand it, there was some merit to these beliefs. There was never a situation where the Patent Office only focused on reviewing allowances, but as I understand it, in years past, particularly during the “second pair of eyes” era, quality review overwhelmingly focused on making sure things didn’t issue if they should have been rejected. As with any incentive structure many examiners got the message.

So will this patent quality initiative focus on allowances, or will the Office of Patent Quality Assessment (OPQA) be looking at Office Actions where claims were rejected to see if that was the proper outcome? “OPQA goes in to review cases that are at the point of disposal and everywhere in between,” Martin-Wallace explained. She would go on to say that OPQA randomly selects applications to review, and that the TCs are also doing reviews within the TC.

The last series of questions I asked related to those Art Units that have exceptionally low allowance rates; rates that seem to defy explanation. “We look into every TC, but lower percentage rates of allowance are probably determined by the technology more than anything,” Martin-Wallace said. “We do look carefully within every TC with every technology to see what can be done better, to address that with training and coaching of examiners… those have been going on for quite some time at the office… seeing areas where we can improve.” 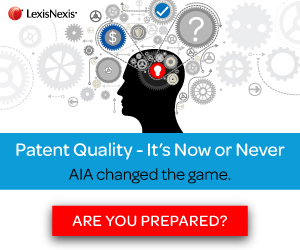 My follow-up question asked about the difficulty the Office faces when, according to the Government Accountability Office, upwards of 50% of all patent applications in one way or another deal with software. There is not a software specific Art Unit at the Office, but that means that some innovations that relate to software are much more likely to receive a patent than others.

“Gone are the days where we had a strictly mechanical area, strictly electrical or strictly chemical area,” Martin-Wallace said. “It brings about a lot of difficulty… we are not identifying software as a whole but software as it is applied. There are some areas that are strictly software, but there are areas in the medical field that deal with software, for example. We try to drill down and identifying the particular issues from the technology point of view as well as the patent point of view. We have to address 112, but we aren’t going to address it in the same way. The same rules and the same laws apply, but we need to look at it from the point of view of the technology.”

“We work very, very hard at it and we have been challenged by it the same way that practitioners have been challenged,” Martin-Wallace explained. “ This is one reason why we need this quality Summit… to work toward bringing strong valid patents to life.”

Frankly, I think the biggest challenge the Office has is uniformity. There are Art Units where too much is rejected, and there are probably Art Units where too much is allowed. Getting 8,500+ examiners on the same page will be a challenge, but seems imperative. Although I do not know Martin-Wallace well, I have heard great things about her. She is well respected, knowledgeable and seems interested in doing what is right by the patent system – wherever that may lead.