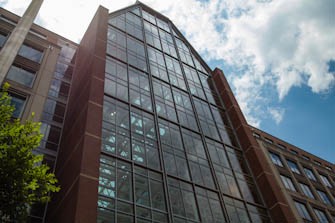 On Wednesday, August 19, 2015, the Office of Inspector General at the Commerce Department issued a scathing summary of an investigation into an unnamed patent examiner who was falsifying time records. Called only “Examiner A” in the report, the examiner in question also received extraordinarily low performance evaluations, receiving a reprimand for poor quality on nine (9) separate occasions. Rather than cooperate with the IG’s investigation Examiner A resigned and declined the opportunity to review and comment on the investigation findings.

While the extremely poor job performance of Examiner A seemed to somehow fall under the radar at the United States Patent and Trademark Office (USPTO), the fact that Examiner A was bilking the Office for work not performed went unnoticed until an anonymous whistleblower notified superiors. The IG’s report explains:

In August 2014, two supervisory patent examiners at the U.S. Patent and Trademark Office (USPTO) walked into their offices and found copies of the same anonymous letter. The letter alleged that an examiner (Examiner A) “never shows up to work” and “seems to get away with anything.” The note stated that Examiner A came into the office only at the “end of each quarter” to submit work and described Examiner A’s work product as “garbage.” The note questioned how the supervisors “could allow this type of behavior” to occur and why Examiner A had not “been fired for performance.” After receiving the anonymous letter, both supervisors brought the document to the attention of their manager. Their manager subsequently contacted the USPTO’s Employee Relations Division (ER), who then conducted an analysis of the data related to Examiner A. ER discovered hundreds of hours of apparent time and attendance abuse by Examiner A and contacted the Office of the Inspector General (OIG) of the United States Department of Commerce concerning the magnitude of Examiner A’s suspected abuse.

According to the IG report, “Examiner A committed at least 730 hours of time and attendance abuse, resulting in the payment of approximately $25,500 for hours not worked in FY 2014 alone.” This represented forty-three percent (43%) of the work hours certified by Examiner A during FY 2014. To arrive at this figure the IG explained that they gave all possible favorable inferences to Examiner A, but that after reviewing time spent on campus, connected to USPTO networks from off campus, and work actually preformed on the government issued laptop provided to Examiner A, at least 730 hours were certified which were not worked. The report also hypothesizes that since all favorable inferences were given to Examiner A there is quite likely far more time not worked during FY 2014.

The IG concluded that there was sufficient evidence to believe that Examiner A violated 18 U.S.C. §§ 287, 641, and 1001, 5 C.F.R. § 2635.101, and the USPTO’s policy on work schedules. The matter was referred to the U.S. Attorney’s Office for the Eastern District of Virginia, which declined to pursue the matter. Notwithstanding, the IG report encouraged the USPTO to take legal action to recover the $25,500 overpayment to Examiner A.

Not surprisingly, the IG recommended that the USPTO fully audit Examiner A’s FY 2015 time to determine if there were any hours paid that were not worked. Further, the IG recommended that the USPTO “review its policies to determine whether adequate controls are in place to monitor the time and attendance of its employees and ensure the controls are functioning properly.” It is indeed troubling, although not entirely surprising, that the USPTO does not seem to have the ability to detect abusive practices like this without a whistleblower coming forward.

This episode, together with past episodes (here and here) relating to some Patent Office employees not having work assigned, raises questions about the much celebrated USPTO work from home program.

For some time now I have been critical of the work from home program, although I understand why it exists. When the Patent Office moved to its current Alexandria, Virginia location in 2006, the facility was already too small for the number of patent examiners. Whether it was a failure to properly plan at the time the new campus project was undertaken more than 5 years earlier, or whether it was as the result of unexpected growth of the Patent Office over a very short time frame, the reality is that the physical plant was just too small to accommodate the needs of Office. That, of course, meant that a work from home program had to be vigorously pursued.

Whether the Office wants to acknowledge it or not, this means that there is a vast amount of institutional knowledge no longer within the building, which cannot be good news for new patent examiners. Human nature suggests that there are a limited number of times a new employee will seek out their supervisor or trainer for assistance. Previously those new patent examiners would receive community mentoring and training from those more senior but who are not supervisors. Today that community mentoring just cannot happen because so many patent examiners work remotely.

Applicants must start complaining about poor quality, as well as examiners who refuse to respond to inquiries, which is a larger problem than some might think. The highest levels of management at the Patent Office must be appraised of these problems. Management at the Office must also be more aggressive in getting rid of examiners that haven’t issued a single patent for years, those who refuse to return phone calls, and those who are being paid for work they are not doing.