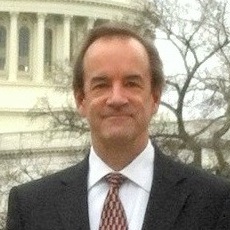 Randy Landreneau is the President of US Inventor, an organization working to restore the American Patent System. The future of American innovation depends on the ability of the independent inventor to defend his or her patent rights, no matter how disruptive the invention. Randy is also an inventor and President of Complete Product Development, a company that provides CAD design, prototyping, 3D printing, silicone molding and educational services to inventors and companies.

In early August, Senator Tillis (R-NC) proposed legislation called the Patent Eligibility Restoration Act of 2022, (S. 4734). US Inventor wrote a response to this legislation showing how it will destroy already damaged patent protection for U.S. software inventors and startups. Included in this destruction will be some of the most important inventions to U.S. technological development, economic growth and national security, like artificial intelligence, security systems, block chain, quantum computing, and much more, including anything that could compete with Big Tech’s core technology.  This legislation is dangerously misguided. In a recent interview with IP Watchdog, Tillis was asked about some of the fatal concerns we identified in our response. Tillis brushed those concerns off by saying that he doesn’t want to hear complaints without solutions.  Fair enough.

In U.S. government, setting public policy is the sole and exclusive domain of Congress. The laws they pass effectuate the public policy positions that Congress alone has the power to set. In law, words are everything. The precise meaning of the words in law determines whether the public policy is implemented as intended by Congress. Altering the meaning of just one word can change the entire public policy set by Congress, even turning the public policy on its head. Anyone following the debate on patent eligibility can attest to how the Supreme Court’s redefinition of the word “any” in 35 U.S.C. § 101 to have an exception called an “abstract idea” caused a significant public policy change and that change destroyed countless startups, especially those in tech. Senator Tillis’ Patent Eligibility Restoration Act of 2022, S.4734, wrongly puts the courts in charge of defining public policy because it leaves key words completely undefined.

This week US Inventor, an inventor organization working in Washington DC and around the US to advocate for strong patent protection for inventors and startups, rolled out the U.S. Inventor Act in the House of Representatives… Early stage funding for U.S. startups has dropped 62%. We are at a 40 year low in new business formation. What used to be approximately 85% of all venture capital invested in U.S. startups is now about half invested in China’s startups. Not surprisingly, in communist China, the startup market is booming, growing by 23%. As a result, China has taken the lead in swaths of new technologies, including technologies critical to our national security like artificial intelligence (AI). AI runs not only our power grids, but our tanks and ships. We will soon be mired in the swamp of a national security disaster as China moves even further ahead and we are forced to purchase these products from them.

Give Thanks for Oil States

Is a patent a property right? It certainly has been considered so for over 200 years. If it is a property right, to invalidate it should require an Article III (judicial) court with all the normal due process required to invalidate property right… The US Supreme Court will look at these issues when it deliberates Oil States Energy Services, LLC v. Greene’s Energy Group, LLC, starting Monday morning, November 27th. US Inventor, the premier non-profit fighting for inventors’ rights, will be staging a demonstration to bring attention to the issue. You have the unique opportunity to come and be a part of history as we make our voices heard.

Mr. Matal opened his discussion stating his belief that independent inventors are the lifeblood of American innovation. He said that a patent is a property right and that whether an inventor actually manufactures the invention or seeks to license it, the rights provided by the patent should be the same. Having said this, he still believes that the PTAB should be able to invalidate a patent, but he did say that it is definitely time to look at the PTAB closely and see what can be done to make it operate more fairly. While he reiterated several times he is only acting and a permanent replacement has been nominated, he said that he would be surprised if this didn’t happen.

PTAB Procedural Reforms are Necessary to Restore Balance and Due Process

Under the current PTAB system, irreparable harm is occurring to patent holders. Conversely, virtually no harm will be done to petitioners by putting on the brakes. Charging ahead in light of the conflict between examination and post grant review will only continue to damage patent holders. The probability of substantial error is extremely high under the circumstances. Improperly cancelled claims will be very difficult to correct, but delaying adjudication by a few months carries no risk… The USPTO should suspend all PTAB proceedings immediately. This can be accomplished by the USPTO invoking §316(a)(11) and §326(a)(11) to extend all pending proceedings by 6 months, which will allow time necessary for the government to implement procedural reforms to stabilize the system.

For more than two centuries, the U.S. Constitution, black letter law and precedent construed a patent as a property right. This is important because it is the nature of property rights that enables investment in early stage startup companies, especially those with cutting edge technologies in highly competitive fields like pharmaceuticals, biotech, smart phones, enterprise software, internet, semiconductors and other technologies critical to our infrastructure, military and much more… The same agency that takes inventor money to grant patents takes infringer money to destroy them. This creates an appearance of double dealing, and inventor belief that the USPTO is breaching the “grand bargain” of the patent system. Inventor confidence is at an all-time low because inventors are lured away from using trade secrecy protection, but then given nothing in return for disclosure. The effect of PTAB on inventors is devastating. Since institution of PTAB, over 50% of inventors simply quit rather than suffer the financial and stressful indignation of post grant invalidation.