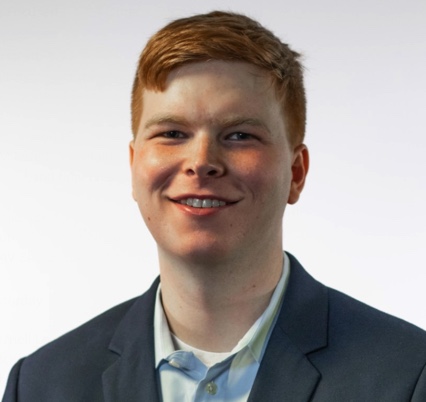 is a 2L at the University of New Hampshire Franklin Pierce School of Law. Before attending law school, Matthew attended Purdue University where he earned a Bachelor of Science in Mechanical Engineering. Upon graduation from Purdue, Matthew worked at Cummins Inc. as a Test Engineer for two years. Matthew looks forward to applying his technical experience to the field of intellectual property law.

On September 6, New Vision Gaming and Development Inc. (New Vision) filed a brief with the U.S. Court of Appeals for the Federal Circuit (CAFC) on return from remand after the U.S. Patent and Trademark Office (USPTO) denied its request for Director Review. The case relates to a Patent Trial and Appeal Board (PTAB) decision canceling all claims of U.S. Patent No. 7,325,806 (‘806 patent) and was previously appealed to the CAFC. But since the last appeal, a report demonstrating evidence that PTAB judges are influenced by U.S. Patent and Trademark Office (USPTO) leadership gives new weight to New Vision’s arguments, says the brief.

CAFC: PTAB Did Not Improperly Place Burden of Persuasion on Nike to Prove Unpatentability of Substitute Claims

On September 1, the U.S. Court of Appeals for the Federal Circuit (CAFC) affirmed a decision by the Patent Trial and Appeal Board (PTAB) finding that the PTAB did not improperly place the burden of persuasion for proving unpatentability of proposed substitute claims raised sua sponte by the Board on Nike and that substantial evidence supports the PTAB’s obviousness analysis. The decision comes after two prior rulings by the CAFC in related cases between Nike and Adidas. The present appeal concerned the PTAB’s determination that proposed substitute claim 49 of Nike’s U.S. Patent No. 7,347,011 (‘011 patent) was unpatentable as obvious.

In a precedential decision issued earlier this month, the U.S. Court of Appeals for the Federal Circuit (CAFC) affirmed a decision of the Patent Trial and Appeal Board (PTAB) in an appeal by LSI Corporation and Avago Technologies U.S. Inc. (LSI) regarding the PTAB’s finding that LSI’s cited reference in an inter partes review (IPR) did not qualify as prior art. The CAFC said in part that U.S. Patent No. 5,731,768 (“Tsang”) was not “by another” under 35 U.S.C. 102(e) for U.S. Patent No. 5,859,601 (‘601 patent).

On August 5, US Inventor and Eagle Forum Education & Legal Defense Fund (Eagle Forum ELDF) jointly filed an Amicus Brief supporting inventor David Tropp’s petition for a writ of certiorari to the U.S. Supreme Court (SCOTUS) regarding whether Tropp’s method claims are patent-eligible under 35 U.S.C. 101. Tropp owns two patents relating to luggage lock technology that enables airport screening of luggage while still allowing the bags to remain locked. In July, just days after the Court denied cert in American Axle, Tropp asked the High Court to answer the question: “Whether the claims at issue in Tropp’s patents reciting physical rather than computer-processing steps are patent-eligible under 35 U.S.C. § 101, as interpreted in Alice Corporation Pty v. CLS Bank International, 573 U.S. 208 (2014).”

On July 11, Teva Pharmaceuticals USA filed a Petition for Writ of Certiorari to the U.S. Supreme Court asking it to review a decision of the U.S. Court of Appeals for the Federal Circuit (CAFC) in which the CAFC found that Teva could be held liable for inducement based on sections of a “skinny label” that provided information about unpatented uses. Teva claims that the decision by the CAFC would upend the legal rules governing the modern prescription-drug marketplace. The petition notes that the decision would wreak doctrinal havoc in two equally disturbing ways. First, the court’s decision eliminates the key element of inducement liability requiring plaintiffs to prove that a defendant took active steps to encourage the direct infringement. Secondly, it effectively nullifies a Congressional act that was enacted to bring low-cost generic drugs to market, which is precisely what Teva was doing.

On June 22, the U.S. Court of Appeals for the Federal Circuit (CAFC) affirmed a decision by the United States District Court for the Southern District of California granting summary judgment in favor of Golden Eye Media USA Inc (GEM) over Evo Lifestyle Products Limited, formerly known as Trolley Bags UK Ltd (TB UK) after holding TB UK’s U.S. Design Patent No. D779,828 (‘828 patent) invalid. The district court held the ‘828 patent to be invalid for reasons of functionality and obviousness.

On June 13, the U.S. Court of Appeals for the Federal Circuit (CAFC) reversed in part, vacated in part, and remanded a decision by the United States District Court for the District of Delaware relating to the University of Massachusetts’ (UMass’) suit against L’Oréal S.A. and its American subsidiary L’Oréal USA, Inc. (collectively, L’Oréal), alleging patent infringement of both U.S Patent No. 6,423,327 (the ‘327 patent) and U.S. Patent No. 6,645,513 (the ‘513 patent). The district court held that it lacked personal jurisdiction over L’Oréal S.A. and that the patents were invalid based on indefiniteness. UMass on appeal challenged both of the district court’s holdings, arguing that they were entitled to jurisdictional discovery against L’Oréal S.A. and that the claim construction performed by the district court was improper.

On Friday, the U.S. Court of Appeals for the Federal Circuit (CAFC) affirmed a decision by the U.S. District Court for the Central District of California from an appeal by Kingston Technology Company LLC, in which the district court held that Kingston willfully infringed U.S. Patent No. 6,926,544 (‘544 patent) and awarded $7,515,327.40 in compensatory damages. The CAFC said in part that the district court can judicially correct claims when there are “obvious minor typographical and clerical errors in patents” without changing the scope of the claim.