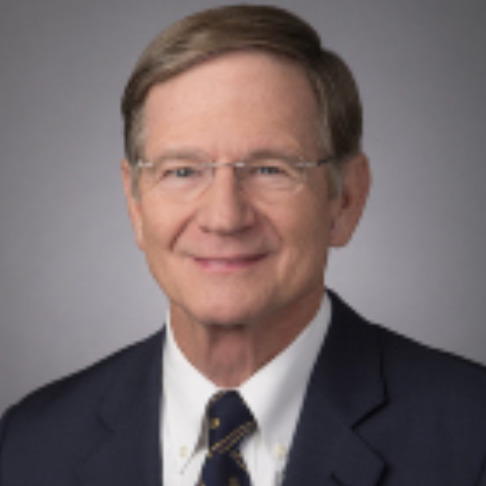 Lamar Smith senior consultant at Akin Gump Strauss Hauer & Feld, LLP, where he advises clients on a range of public policy and government relations issues..  In his career, Lamar served for 32 years (1987-2019) in Congress as the representative for the 21st Congressional District of Texas. He also served as Chairman of the Science, Space, and Technology Committee, which has jurisdiction over NASA, the Department of Energy, the Environmental Protection Agency, the National Science Foundation, the Federal Aviation Administration and the National Institute of Standards and Technology. Finally, he served on the Judiciary Committee and the Homeland Security Committee. He is a former Chairman of the Judiciary Committee and the Ethics Committee, which makes him the only recent member in the House of Representatives to have chaired three committees.

Lamar was recognized as Texan of the Year in 2019 by the bipartisan Texas Legislative Conference. He was ranked the most effective member of the House in the 112th Congress (2011-2012) in a study that was jointly conducted by the University of Virginia and Vanderbilt University. According to the same study, he was ranked in the top 10 percent in effectiveness in the last eight Republican Congresses.

He was named Policymaker of the Year by Politico and Politico Pro for his work on patent reform legislation. According to Politico, “the lawmakers’ America Invents Act became the only major piece of tech legislation signed into law in 2011—a rare instance in which a bipartisan effort bore fruit.”

As a former Chairman of the House Judiciary Committee and co-author of major patent legislation, I have a special interest in supporting and protecting U.S. intellectual property rights. So, I took note last month when the Office of the U.S. Trade Representative (USTR) released its latest Special 301 Report on Intellectual Property Protection and Enforcement.