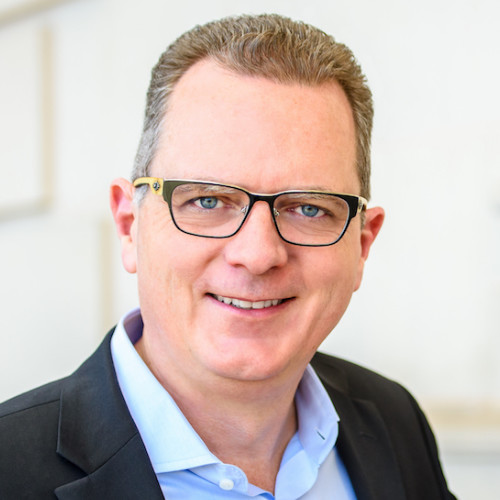 Kent Richardson counsels clients on a variety of patent and business matters including patent buying, selling, licensing, valuation, prosecution and operations. Kent has licensing and marketing patent portfolio experiences resulting in more than $600M of patent license bookings. Kent has served as an expert witness on patent monetization and licensing practices in cases in England and the United States, and he is also currently a Lecturer at the Stanford Graduate School of Business. Prior to founding the ROL Group, Kent was the General Manager of ThinkFire Services USA, Ltd’s Silicon Valley office. Kent has worked in various senior management roles with such growth businesses as Sezmi, Constellation Capital, Rambus, Numerical Technologies. Kent is a member of the California Bar and a United States Patent and Trademark Office registered patent attorney, and holds five US patents.

Contact Kent via e-mail at [email protected], or the Internet at Richardson Oliver Law Group.

Imagine you are presenting to your boss and requesting approval of a $2 million purchase of four patent families. Already savvy about market prices, she is focused on the impact of the purchase to the business. Her question: “So what are these patents worth and what will the impact be of the purchase?” Unless you have done some sort of valuation to quantify the worth of these patents for the business, you may find yourself talking vaguely about synergies or avoided costs. This is because getting a valuation typically takes time and can be expensive. But what if there was a way to quickly model the worth of the patents to us?

Imagine you have found four patent families that address a specific risk to your business, and you are about to ask your boss to approve buying those patents for $2 million. Her questions might include, “What’s the going rate for patents?” Similarly, if you were working with your company’s accounting team and moving four patent families from your corporate parent to a subsidiary, the accounting department might ask, “What is the ‘fair market value’ of these patents for transfer pricing?” A preliminary issue arises: what are you really being asked for? This confusion in part stems from the common use of “price” and “value” nearly interchangeably in day-to-day conversations.

Reflections on the 2018 Patent Market

Despite falling average prices, in 2018, the patent market grew fast. We estimate the 2018 market size to be $353 million, up from last year’s estimated $296 million. The 2016 market slump (estimated $165 million market) is, hopefully, a thing of the past. In order to make this estimate, we use the observed sales that occurred in the 2018 market year and used their actual asking prices to determine the market size. As is consistent with the previous two years, if no pricing guidance was provided, the average asking price per asset for the market year of the sale (eg $123,000 for 2018 market year sales), was multiplied by the number of assets to determine the expected asking price. In the 2018 market year, 210 sales were identified, accounting for a total asking price of $527 million. Due to recordation delays, we assume that we have not yet seen 3% of the sales that occurred in the timeframe, so we multiplied this total asking price by 1.03 before applying our standard 35% discount between asking price and expected selling price. Thus, our expected total market size for the 2018 market is $353 million, indicating that the market has increased by 19% since last year and 114% since the 2016 market.

As a buyer, tracking the behaviors of sellers, both in aggregate and individually, allows you to operationalize your buying activities. This is especially true for repeat sellers, who account for 41% of the transactions for patent packages listed in calendar years 2017 and 2018. Knowing who the regular sellers are, often companies with a large portfolio, allows you to contact sellers to create a private deal. Keeping track of a seller’s listings, package sizes, and asking prices can also help you in negotiations because you know their negotiation parameters at the outset. Similarly, if you are a seller, it is important to get out the word that you are selling. Listing packages on your website, through the IAM Market, or working with brokers attracts buyers to you rather than you having to spend the time and effort to find them. For the analysis of current sellers and buyers we looked at all of the packages that sold between January 1, 2017 and May 31, 2018 (assignments were last checked on August 15, 2018) regardless of their listing date. Sales continue to be made mostly by operating companies, which is not surprising as they file the majority of patents. Operating companies were the sellers in 67% of transactions. This is remarkably consistent, at 66% in the previous two papers.

More Patent Packages Sold in 2018 Than Any Other Market Year

When discussing potential patent purchases with buyers, we continue our push to end the use of the phrase “low quality” to broadly characterize rejected patents. We often hear that there are junk, low quality or weak patents on the patent market. Clearly, there are some patents that we can objectively agree are low quality, just as there are in most portfolios. However, buyers with an efficient buying program should never test the majority of patents for “quality” metrics (e.g. enforceability) because these tests are simply too expensive. Sophisticated buyers create targeted buying programs rather than general ones. When buying, you should have a use case in mind and analyze the value of the patents in that particular context. If you want patents to counter assert against Qualcomm, do not waste time and money evaluating clean energy patents. The “quality” of anything in that technology area is irrelevant. Buyers also tend to conflate quality and value when discussing packages. A package with no value to you for your particular business use should be rejected from your buying program, but again, this is not a comment on the quality. It is easier and cheaper to reject a patent for lack of value that to analyze it for quality. Necessarily, a well-run buying program has visibility into only a small set of the available packages on the market; for the rest of the packages, the program should have no visibility into the quality of the packages because the packages were rejected before any quality metrics were evaluated.

In any market, pricing is where the rubber meets the road. As a buyer, you will not be taken seriously if you significantly underbid, yet you want to get a fair price. Conversely, if you are a seller who will not negotiate near the market price, it will be almost impossible to close a deal. We understand that patents are definitionally unique, have varying relative strengths and market applicability, and also that the demand for patents varies by technology area and many other factors. But when it comes down to it, you have to have a place to start. This is where average pricing statistics become useful. And to every seller who says: “My patents aren’t average, so average pricing should not apply to me,” we respond by saying: “We’ll accept that as true, you just have to show us why.” In the vast majority of cases, starting with the average price and moving up or down from there is an effective way to set a price for buyers and sellers. In 2018, the average price per asset shifted significantly: it fell by 30%, from $176,000 per asset to $123,000. The asking price per U.S.-issued patent also dropped by 30% from $251,000 to $176,000. If you are a seller and these were the only facts you had, it would look like it’s time to panic. But this is not the whole story. The drop was primarily due to an adjustment in the asking price for single-asset packages. For most package sizes, the asking price did not change at all. Figure 8 shows the asking prices per asset across packages of different sizes. In the 2017 market, there was a massive premium on single-asset packages. In 2018, the price for single-asset packages dropped by 56% and came more in line with the pricing for other package sizes. This drop in single-asset prices accounts for 48% of the overall drop in per-asset prices. The asking price in the 26-50 asset range also dropped significantly, while the price for 6-10 asset packages went up.

Listings of Patent Packages Increased by Nearly Eighteen Percent in 2018

In our first article examining the 2018 patent market, we provided an overview of the data and found that prices were stabilizing across listings, buying and selling programs were becoming more streamlined, and there were more transactions overall. This trend extends to “patent packages” as well. At 591 packages (502 last year), listings have increased by 17.7%. The only year in which we saw more listings was the 2016 market. If the assets from Provenance Asset Group were included in these numbers, the numbers would show an all-time high. The number of total assets and of U.S.-issued patents also increased (see Table 2). We have benchmarked our deal flow with that of other large corporations and defensive aggregators and have found that the number of brokered packages we received is generally similar, so we are confident that our numbers reflect the market. Compared to prior years, the total number of U.S.-issued assets listed in packages increased twice as fast as the number of packages listed. Notably though, the total number of assets listed increased even more than the U.S.-issued assets. This signifies the continued importance of international assets and an elevated level of focus on elements of a package other than U.S.-issued assets. But, U.S.-issued assets are still the focus in most listings (see Figure 4). While we limit the types of package included in this dataset to the more common types (e.g. quasi-public/brokered packages containing 200 or fewer assets), we also track larger bulk deals and private deals.

Two years ago, we told the story of a patent broker who said: “This market keeps on getting worse; the case law keeps on coming out against patent owners; the prices keep dropping. This job keeps getting harder.”  We replied: “Our data says that you did pretty well last year.” “Right,” the broker conceded. “Last year was our best year ever …” This is truer now than ever before. Many of the metrics by which we analyze the patent market have been focused on the price of a single patent, a patent family, or even a group of patents in a package. But this leaves out a key market statistic: volume. As the market matures, we see: prices stabilizing across listings, buying and selling programs becoming more streamlined, and more transactions overall. The market is up, with more sales and more participants than ever before. While average asking prices dropped again, this drop was mostly due to single-asset prices normalizing to the pricing of the rest of the market. Meanwhile, listings, sales, and dollars transacted have all increased. The market continues to grow.

Past Events with Kent Richardson

Free CLE Webinar: Dissecting Alice at Five: The Good, the Bad and the Ugly