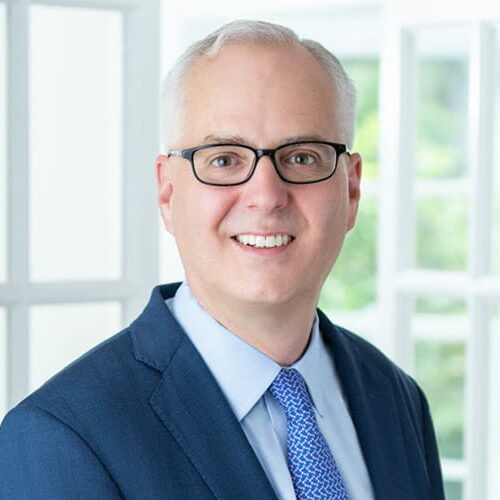 Joseph Matal is a partner in the Intellectual Property Practice Group at Haynes Boone whose practice focuses on USPTO post-issuance proceedings and Federal Circuit appeals.

Joe has served as both the U.S. Patent and Trademark’s Acting Director and Acting Solicitor. As Acting Solicitor, he defended the agency in intellectual property cases before the U.S. Court of Appeals for the Federal Circuit and U.S. Supreme Court. In his role in the Solicitor’s Office, he participated in briefing almost every major case involving PTAB trials that has come before the Federal Circuit, including cases that have defined the Board’s powers and the evidence that it may consider, the content of final decisions, and the burdens and scope of motions to amend.  Recent cases include Uniloc v. Hulu, Thryv v. Click-to-Call, and Aqua Products v. Matal.  Previously, Joe served in senior legal roles for more than a decade for the U.S. Senate Judiciary Committee. In that capacity, he negotiated and drafted many of the key provisions of the America Invents Act.

In his roles at the USPTO, Joe briefed and argued numerous appeals of patent and trademark decisions before the Federal Circuit; oversaw the management of the USPTO and its 13,000 employees; and advised the U.S. Solicitor General’s Office in key IP cases before the Supreme Court.

RALIA Is Economic Suicide: A Reply to the Critics

Paul Morinville, Founder of US Inventor, recently published a response to my column criticizing RALIA, a bill in Congress that would abolish the Patent Trial and Appeal Board (PTAB). I offer a few observations in reply. I argued in “The Made in China Act,” November 16, 2022, that juries are not an effective or reliable check on patent validity and that eliminating contested validity reviews at the United States Patent and Trademark Office (USPTO) would be a disaster for U.S. manufacturing. As if determined to prove my point, the VLSI patent-assertion group recently obtained yet another monster infringement verdict against Intel based on a patent that probably shouldn’t have issued.

On October 3, the U.S. Supreme Court once again requested the views of the Solicitor General (SG) in a Section 101 case, Interactive Wearables v. Polar Electric Oy. Last summer, there was excitement in the patent community when the SG, whose advice the Court usually follows, recommended granting review in American Axle v. Neapco. Although that petition was ultimately denied, this new case purports to fit the mold of American Axle. This has led some to hope that Interactive Wearables will also get the nod from the SG—and perhaps High Court review. To those eager for a Supreme Court decision that reins in patent eligibility jurisprudence, however, I regret to inform you that Interactive Wearables will not be that case. This case is quite unlike American Axle—and its claimed invention is in the heartland of what should be ineligible subject matter.

Top Issues for the U.S. Patent and Trademark Office in 2022

Incoming U.S. Patent and Trademark Office (USPTO) Director Kathi Vidal’s answers to Senators’ written questions following her recent confirmation hearing provide reasons for hope to those concerned about the current state of the patent system. Vidal’s responses emphasize three priorities: strengthening patents and trademarks, ensuring that U.S. intellectual property is protected abroad, and expanding the reach of the patent system to underrepresented groups. This article focuses on five important issues that any new USPTO Director will need to address—and looks for clues as to how she may approach them.

Ten Years of the America Invents Act: Toward a More Objective and Accurate Patent System

When the America Invents Act (AIA) was before Congress a decade ago, it was heralded as the first comprehensive patent law since the 1952 Act. Ten years’ perspective on the new law, however, shows that its changes to patent policy have been more evolution rather than revolution. The AIA is simply the latest step in the long arc of moving U.S. law toward a more objective and logical patent system—and one that produces more accurate results.