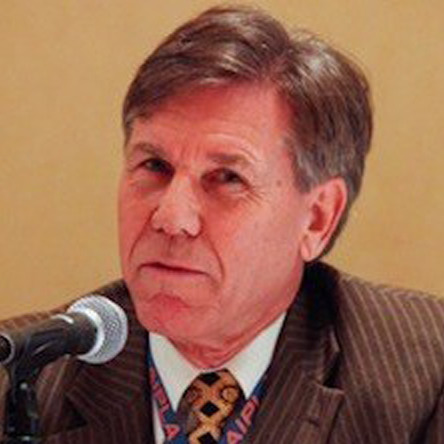 U.S. Court of Appeals for the Federal Circuit

Chief Judge Rader has won acclaim for leading dozens of government and educational delegations to every continent (except Antarctica), teaching rule of law and intellectual property law principles.

Chief Judge Rader has received many awards, including the Sedona Lifetime Achievement Award for Intellectual Property Law, 2009; Distinguished Teaching Awards from George Washington University Law School, 2003 and 2008 (by election of the students); the Jefferson Medal from the New Jersey Intellectual Property Law Association, 2003; the Distinguished Service Award from the Berkeley Center for Law and Technology, 2003; the J. William Fulbright Award for Distinguished Public Service from George Washington University Law School, 2000; and the Younger Federal Lawyer Award from the Federal Bar Association, 1983.
Before appointment to the Court of Federal Claims, Chief Judge Rader served as Minority and Majority Chief Counsel to Subcommittees of the U.S. Senate Committee on the Judiciary. From 1975 to 1980, he served as Counsel in the House of Representatives for representatives serving on the Interior, Appropriations, and Ways and Means Committees. He received a B.A. in English from Brigham Young University in 1974 and a J.D. from George Washington University Law School in 1978.