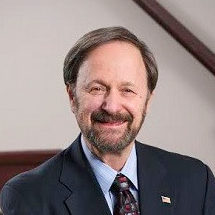 Gilbert Hyatt is an engineer, scientist, and inventor who has obtained more than 70 issued patents. Some of his patents and applications cover micro computer structure, computer memory architecture, incremental processing, illumination devices, display devices, graphics systems, image processing, and sound and speech processing. Mr. Hyatt received a BSEE degree from UC Berkeley in 1959 and an MSEE degree from USC in 1965. Mr. Hyatt spent his adult life developing advanced technologies, first in aerospace and then in inventing and getting his inventions to market.  Mr. Hyatt is known for his early work in micro computers from 1968. He was President of a startup company, Micro Computer Company, in 1968 and, after receiving investment capital, he was VP at Micro Computer Inc. in 1970.  Mr. Hyatt continued his research and development work on advanced technologies and filed about 400 Transitional patent applications in mid-1995 under the GATT legislation on the results of his R & D, several of which immediately issued as patents.  In 2012 Mr. Hyatt won a unanimous Supreme Court decision against the Patent Office that provides relief for patent applicants in § 145 civil actions. For more than 20 years, Mr. Hyatt has been diligently attempting to get the Patent Office to issue his Transitional patent applications which is necessary to get investment capital to get his inventions to market.  In 2017, a Federal court ordered the Patent Office to issue three patents to Mr. Hyatt (which the Patent Office is appealing) and in about 2018 the Patent Office finally let him get more of his Transitional patent applications to the courts for adjudication.


Check back soon for more articles by Gilbert Hyatt

Past Events with Gilbert Hyatt