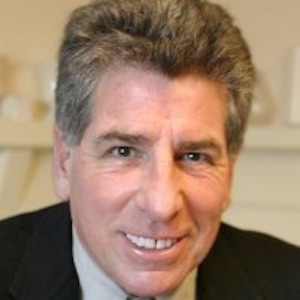 David Kline was a Pulitzer-Prize-nominated journalist, author, and communications strategist who had consulted for many of the most important IP-focused firms in the world. His journalism appeared in the New York Times, Wall Street Journal, Forbes, The Atlantic, Harvard Business Review, and many other major media, and his bestselling book Rembrandts in the Attic from Harvard Business Press is considered the seminal work on patent strategy within corporate America. Named one of the World’s Top 300 Intellectual Property Strategists by IAM Magazine, Kline was also the author of The Intangible Advantage: Understanding Intellectual Property in the New Economy, the first IP text book for general (non-law) audiences. That book is the foundation for the nation’s first-ever undergraduate course in IP, to be launched in the Fall of 2017 at the University of Southern California’s Marshall School of Business. Mr. Kline has authored four other books as well.

Gone But Not Forgotten

David passed away on November 7 after a long and courageous fight against esophageal cancer. He was 75 years old.  He is survived by his wife Sarah and two children, aged 19 and 16.

See: In Memoriam: David Kline, IP Journalist and Rembrandts in the Attic Co-Author

The Founders’ Decision to Foster NPEs and Patent Licensing

The founding fathers intentionally created a patent system affordable by the masses, and which was approachable and far less administratively complex. As imperative as that was for U.S. economic success, perhaps the two most important and distinguishing features of the U.S. patent system as compared with the British patent system relate to the fact that there was no “working requirement” and patents were viewed as assets that could be sold.

The original patent law passed by Congress on April 10, 1790 deliberately set patent fees to a level any ordinary citizen could afford — initially $3.70, but three years later raised to $30. This was still less than 5 percent of the rate in Britain. Patent fees remained $30 for the next seventy years, ensuring that virtually any citizen could participate in the industrial revolution.

Welcome to the brave new corporate IP function of tomorrow, one that’s been “Uber-ized” to tap into powerful on-demand networks of patent, technical, and market expertise that can enable savvy IP leaders to supercharge their IP monetization efforts. In this new world, IP is merely the latest business function to discover that crowdsourced networks of expertise can often produce better, faster, and cheaper results.

Invention, it has been shown, is driven primarily not by genius or happenstance but rather by markets and the expectation of the profit that can be gained by securing the patent rights to new technologies. Zorina Khan of Bowdoin College and the late Kenneth Sokoloff at UCLA found that among the “great inventors” of the 19th century, “their patterns of patenting were procyclical [and] responded to expected profit opportunities.” And as Khan noted elsewhere, “Ordinary people [are] stimulated by higher perceived returns or demand-side incentives to make long-term commitments to inventive activity.” By contrast, in countries without patent rights, Barro (1995) found that people have an “excessive incentive to copy” and insufficient incentive to invent for themselves. Moser (2004), meanwhile, reported that “inventors in countries without patent laws focus on a small set of industries … while innovation in countries with patent laws [is] much more diversified.”

Was Thomas Edison a Patent Troll?

But perhaps the most crucial element of the American patent system was that it did not simply encourage ordinary people to participate in inventive activity. It made it economically feasible for them to do so. By creating a market in which inventors with little or no capital could license their discoveries to enterprises that could then commercialize them, the patent system enabled unprecedented numbers of ordinary people to generate income from invention and thereby make it a full-time career. Which naturally generated even more innovation.