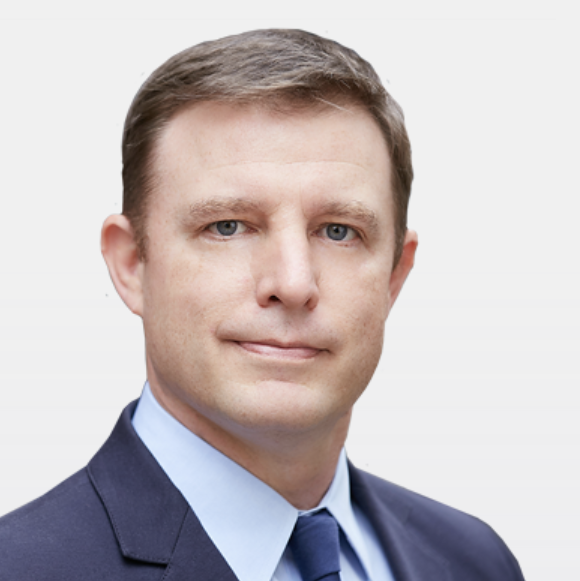 Dan Shores is a Partner at Rothwell, Figg, Ernst and Manbeck, P.C. He is a dedicated patent lawyer and strategist who believes in his clients and the power of their ideas. He primarily focuses on serving biotech, energy, software, cybersecurity, and other technology-based companies, particularly during their early stages when strategic guidance is critical to long term success. Dan understands the myriad of challenges that emerging companies face when breaking through and establishing themselves in their sphere, and he works with clients to build robust patent portfolios, forge constructive relationships with strategic partners, and prepare for success in funding rounds and exits. An engineer by education, and having extensive experience in transactional, litigation, procurement, and strategic counseling matters for technology-based companies, Dan is a problem-solver who excels at deciphering key translational aspects of a broad array of technologies and maximizing leverage in the context of clients’ desired implementation of such technologies, whether as participants in dynamic markets or as first movers.

Dan received his J.D. from the Georgetown University Law Center, where he served on the Editorial Board of The Georgetown Law Journal (Law Review). He graduated with a B.S. in Mechanical Engineering from the University of New Hampshire, where he specialized in materials science and was the team leader of an award-winning senior design project. He participates on panel discussions concerning complex IP issues and is a member of the American Intellectual Property Law Association (AIPLA) and Boston Patent Law Association (BPLA). Dan previously served as an executive officer of the esteemed Giles S. Rich American Inn of Court, the nation’s flagship Intellectual Property Inn of Court located at the U.S. Court of Appeals for the Federal Circuit in Washington, D.C.

Substantial patent litigation activity occurred in the mRNA space in 2022, involving nearly all of the major mRNA and lipid nanoparticle (LNP) pioneers. Since this is the most significant happening in this space with respect to IP in 2022, this post will provide an overview of that activity as well as a summary exposure analysis.

In Part I of this post, we provided an update on three lead pioneers in the mRNA IP space, Moderna, BioNTech and CureVac. In this post we profile Sanofi, Arcturus, eTheRNA and other mRNA companies and offer conclusions. Sanofi (NASDAQ: SNY), headquartered in Paris, FR, acquired mRNA pioneer Translate Bio in September 2021 for approximately $3.2 billion and mRNA startup Tidal Therapeutics in April 2021 for approximately $470 million. With its acquisition of Translate alone, Sanofi obtained an mRNA pipeline of nine candidates (two in the clinic), hundreds of patents, and undoubtedly valuable mRNA-based technical and regulatory know-how.

mRNA IP and Competitive Landscape: 2021 in Review – Part I, Update on Moderna, BioNTech, and CureVac

In April of this year, we provided a three-part series relating to the IP and Competitive Landscape for the mRNA market. In this post (Part I), we provide a 2021 year in review update on mRNA pioneers Moderna, BioNTech and CureVac, and in Part II, we profile Sanofi and other companies in the mRNA space and offer additional conclusions and outlook for 2022 and beyond.

In Part I of this series providing a summary of the mRNA IP and competitive landscape through one year of the COVID-19 pandemic, we focused on market players BioNTech, Moderna and CureVac; in Part II, we discussed Translate BIO, Arcturus, and eTheRNA (and other startups) and provided background on activity relating to certain Arbutus lipid nanoparticle (LNP) delivery technology. Here, in our final post, we provide an analysis of the current landscape and offer conclusions.

In Part I of this three-part series, we focused on three market players: BioNTech, Moderna and CureVac. In this second post, we will focus on Translate BIO, Arcturus Therapeutics, and eTheRNA and discuss certain issues relating to lipid nanoparticle (LNP) delivery technology. Translate Bio, Inc. (NASDAQ: TBIO) is headquartered in Lexington, MA, and as of April 2021, has a market capitalization of over $1.3 billion. According to its website, Translate BIO’s mRNA product pipeline is directed to several indications including cystic fibrosis, primary ciliary dyskinesia, pulmonary arterial hypertension, COVID-19, influenza, viral pathogens, and bacterial pathogens. The company does not presently have any products on the market. However, it has one cystic fibrosis candidate and one COVID-19 vaccine candidate (with Sanofi) that are both in Phase 1/2 clinical trials. Translate BIO also appears to have one infectious disease candidate in the “IND-enabling” Phase (with Sanofi), and three lung candidates, one liver candidate, and two infectious disease candidates (with Sanofi) in the discovery phase.

Shortly after we posted about Moderna, Inc.’s October 2020 pledge not to enforce its COVID-19-related patents during the pandemic, the United States Food & Drug Administration (FDA) granted emergency regulatory approval for two COVID-19 vaccines produced by Moderna and BioNTech (with Pfizer), making these groups the first to ever enter the commercial market with mRNA-based therapies. This little-known and never-before-approved mRNA technology has since been widely administered and represents a primary weapon being used to defeat the pandemic. While this effort carries on, market players are confident that COVID-19 is but one of many indications that the mRNA technology platform might be utilized for, and that approval of the mRNA vaccines could open the door for the approval of other mRNA-based medicines, creating a wide range of new markets. With the anticipated increase in market activity and competition, we will provide an overview of the mRNA IP and competitive landscape in a series of three posts in the context of certain key players’ patent positions, drug pipelines, strategic relationships, and other attributes. These posts are based on publicly available information, are non-exhaustive, and do not identify all market players or potential market players in this space.

Breaking Down Moderna’s COVID-19 Patent Pledge: Why Did They Do It?

As Pfizer and BioNTech announced this week that results of their COVID-19 vaccine have exceeded expectations, the technology behind the vaccine (messenger RNA, or mRNA) has taken center stage. Last month, Moderna Therapeutics, one of the global leaders in the race to produce a COVID-19 vaccine using mRNA, made the following statement regarding enforcement of its patents: “We feel a special obligation under the current circumstances to use our resources to bring this pandemic to an end as quickly as possible. Accordingly, while the pandemic continues, Moderna will not enforce our COVID-19 related patents against those making vaccines intended to combat the pandemic. Further, to eliminate any perceived IP barriers to vaccine development during the pandemic period, upon request we are also willing to license our intellectual property for COVID-19 vaccines to others for the post pandemic period.” This post examines why Moderna made this patent pledge by examining its mRNA technology, go-to-market status, patent landscape, and market position.