“The burden of participating in the proceedings at issue’ is typically insufficient to establish entitlement to the exceptional remedy of mandamus where, as here, the issue may be reviewed in a typical appeal.” – CAFC 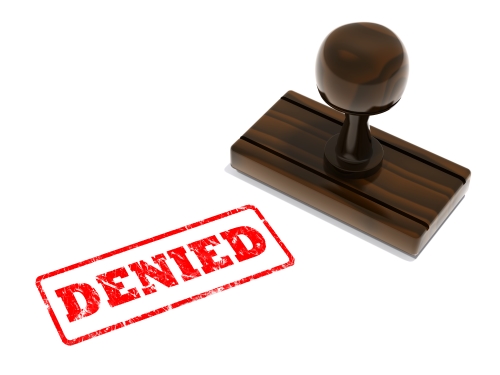 The U.S. Court of Appeals for the Federal Circuit (CAFC) last week denied a petition requesting mandamus relief to vacate the U.S. Patent and Trademark Office’s (USPTO’s) grant of a request for ex parte reexamination of Sound View Innovations’ U.S. Patent No. 6,708,213 by DISH Network LLC.

The ‘213 patent covers a “Method for Streaming Multimedia Information Over Public Networks.” DISH originally petitioned the USPTO for inter partes review (IPR) of claim 16 of the ‘213 patent on the ground that it was anticipated and/or obvious based on two prior art references called Sen and Geagen. The Patent Trial and Appeal Board (PTAB) denied the petition, finding that DISH had not demonstrated a reasonable likelihood that Sen and Geagan taught the claimed step of “adjusting a data transfer rate.”

DISH subsequently petitioned the USPTO for ex parte reexamination of claim 16 based on Sen and Geagan in combination with a new reference, Zheng, which DISH said, “discloses adjusting a data rate, to the extent that adjusting a data transfer rate is not disclosed by the combination of Sen and Geagan.” Sound View petitioned the Office to refuse the reexamination request under 35 U.S.C. § 325(d), which provides discretion to the USPTO Director to reject a proceeding that contains “the same or substantially the same prior art or arguments previously…presented to the Office.” However, the USPTO granted DISH’s petition, finding that “the combination of Sen, Geagan, and Zheng raised a substantial new question of patentability.” The examiner ultimately held that the grounds raised in the reexamination petition were not the same as those raised in the IPR and that one prior IPR filing did not amount to “serial challenges.” Sound View then petitioned the CAFC for mandamus relief.

In its discussion, the CAFC determined that the “demanding standard” for mandamus relief had not been met. “Mandamus relief is unavailable because a post-final decision appeal is an adequate remedy by which Sound View may seek to obtain relief based on its § 325(d) challenge,” said the court, citing In re Vivint and Automated Merch. Sys., Inc. v. Lee. While Sound View argued that it should not be forced to endure a “wasteful and burdensome validity challenge to achieve meaningful judicial review,” the CAFC responded that “‘the burden of participating in the proceedings at issue’ is typically insufficient to establish entitlement to the exceptional remedy of mandamus where, as here, the issue may be reviewed in a typical appeal.”

Furthermore, Sound View had failed to prove with certainty that the reexamination should be terminated under Section 325(d) and did not show that the examiner’s determination that the addition of the Zheng reference raised different arguments than presented in the IPR was sufficiently contrary to the law or the record to warrant mandamus relief.

Distinguishing Vivint, the court explained that that case was a direct appeal from a final decision in which the CAFC determined that “the PTO had arbitrarily and capriciously applied §325(d) when it granted the requester’s nearly identical request for ex parte reexamination based on the same arguments raised in its previous IPR petition that was denied based on the requester’s abusive filing practices.” In contrast, the USPTO’s grant of the reexamination petition in the present case “was a case-specific exercise of discretion that does not create the same kind of clear, arbitrary departure from prior agency decisions that was at issue in Vivint.”