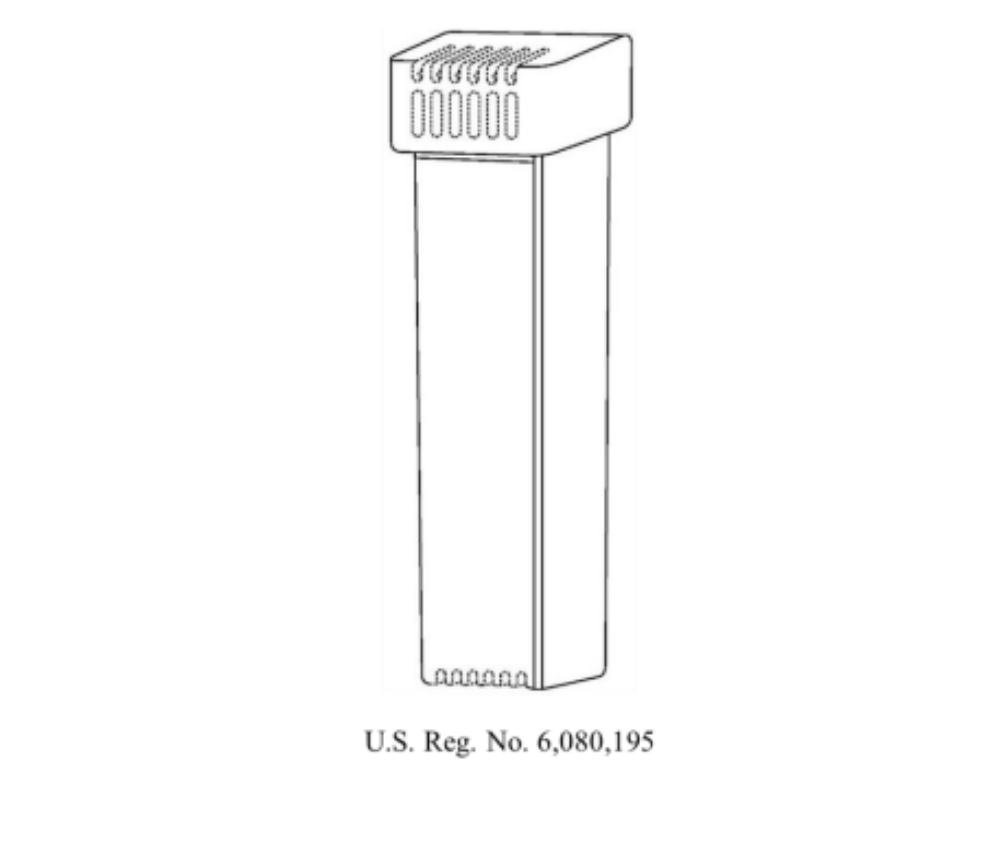 The U.S. Court of Appeals for the Federal Circuit (CAFC) today issued a precedential decision affirming the grant of a narrowly-tailored preliminary injunction to SoClean, Inc., a medical device company that makes CPAP machines, based on trademark infringement claims against Sunset Healthcare Solutions, Inc.

SoClean alleged in 2021 that Sunset infringed its U.S. Trademark Registration No. 6,080,195. The registration covers the configuration of replacement filters for its sanitizing devices. SoClean first sued  Sunset for patent infringement in two separate suits filed in 2020, which were consolidated. The trademark claims were added via amended complaint to the second lawsuit. In April 2021, SoClean asked the district court to enjoin Sunset from “using, selling, offering for sale, or making in the United States” filters that it said infringed the ’195 registration. The district court granted the motion in part, but tailored the injunction to enjoin Sunset “from engaging in those practices that result in consumer confusion” or marketing its filters “using images of the filter cartridge alone.” Instead, the court said, “[a]ny image, drawings, or other depictions of Sunset’s filter cartridge used for the purposes of promotion, marketing and/or sales shall prominently display the Sunset brand name in a manner that leaves no reasonable confusion that what is being sold is a Sunset brand filter.”

The CAFC first addressed Sunset’s contention that the court abused its discretion by suggesting SoClean was likely to defeat its argument that the ‘195 registration lacked secondary meaning. Specifically, Sunset said that the district court “(1) afforded too much weight to the presumption of validity and (2) held Sunset to a higher standard of proof than the applicable
preponderance-of-the-evidence standard.”

Since SoClean’s trade dress is a product configuration trade dress, it is only protectable “upon a showing of secondary meaning,” as held in Wal-Mart Stores, Inc. v. Samara Bros., 529 U.S. 205, 216 (2000). However, a federal registration serves as “prima facie evidence of the validity of the registered mark and of the registration of the mark.” Since the mark has been registered for fewer than five years and is still contestable, “the effect of registration . . . is to shift the burden of proof from the plaintiff to the defendant, who must introduce sufficient evidence to rebut the presumption of the plaintiff’s right to exclusive use,” explained the CAFC, citing Borinquen Biscuit Corp. v. M.V. Trading Corp., 443 F.3d 112, 117 (1st Cir. 2006). Sunset acknowledged that it bears such a burden, but said the district court should have “decide[d] whether the evidence that was before the [trademark] examiner, in view of Sunset’s arguments and additional evidence, is sufficient to support SoClean’s Section 2(f) registration.”

The district court did acknowledge that Sunset had raised questions as to whether the examiner followed procedure in approving the registration, but it still presumed the mark was valid because “Sunset ha[d] pointed to no authority for the proposition that this court may simply ignore the statutory mandate.” In response, Sunset invoked Sunset 15 U.S.C. § 1119, which deals with the power of courts to rectify the register, but the CAFC said this argument fails. It explained:

“The presumption of validity is not conditional; the statute provides that a certificate of registration ‘shall’ result in the presumption, without specifying any exceptions…. Sunset fails to identify any statutory or legal basis to withhold the presumption from a registration. And ‘withholding the presumption’ is the basic import of Sunset’s position, no matter what it acknowledges about who bears the burden; scrutinizing the application process and deciding whether the trademark examiner was correct to issue the registration in the first place is the opposite of presuming that the registration as issued is valid.”

While Sunset can still ask the district court to review the trade dress under Section 1119 and to cure any deficiency, it bears the burden of proof in doing so.

Sunset next argued that the court incorrectly held it to a higher burden of proof. While the CAFC noted that the district court did err in its statement about the burden—namely that Sunset bears the burden of showing via “‘vigorous evidentiary requirements” that the mark does not have secondary meaning—that misstatement amounted to harmless error because the ruling would have been the same regardless. The opinion said:

“[T]here are no “vigorous evidentiary requirements” on the challenger for proving lack of secondary meaning; a trademark challenger need simply show invalidity of the mark—here, that the ’195 registration is merely descriptive—by a preponderance of the evidence…. [But] the district court went on to examine Sunset’s evidence of no secondary meaning and found it “equivocal, at best.” So-Clean, 554 F. Supp. 3d at 298. Equivocal evidence plainly fails to satisfy a preponderance-of-the-evidence standard, so Sunset is wrong to suggest that the district court would have reached a different result had it applied the correct standard.”

The CAFC thus affirmed the district court’s finding that SoClean is likely to defeat the secondary meaning defense.

“(1) that ‘direct evidence strongly suggests that the features of the body of’ the mark are functional; (2) that ‘direct evidence suggests that many’—not all—’features of the head of the [m]ark are functional’; and (3), after a thoughtful discussion regarding a circuit split on the question of whether the availability of alternative designs
is relevant indirect evidence of nonfunctionality, that alternative designs SoClean had identified for the filter head ‘constitute evidence that there are some arbitrary elements to SoClean’s filter that Sunset decided to copy where functionality has not otherwise been established.’”

In other words, the district court concluded that the ‘195 registration contains both functional and nonfunctional features and that finding plus the presumption of validity was enough to conclude that SoClean would likely defeat Sunset on the functionality challenge. Furthermore, consideration of alternative designs was appropriate because that is the standard approach to a functionality analysis, and Sunset’s argument that the district court had already found the mark functional, precluding the consideration of alternatives, was incorrect.

Since the Trademark Modernizatoin Act of 2020 entitles SoClean to a rebuttable presumption of irreparable harm upon a finding of a likelihood of success on the merits; the balance of the equities and considerations of public interest weigh in SoClean’s favor and the injunction is narrowly tailored, the CAFC affirmed the grant of preliminary injunction.