“An injunction cannot be granted because a trial is required or because the accused products are not ‘sufficiently dissimilar’ or ‘plainly dissimilar’ from the patented design.” – CAFC 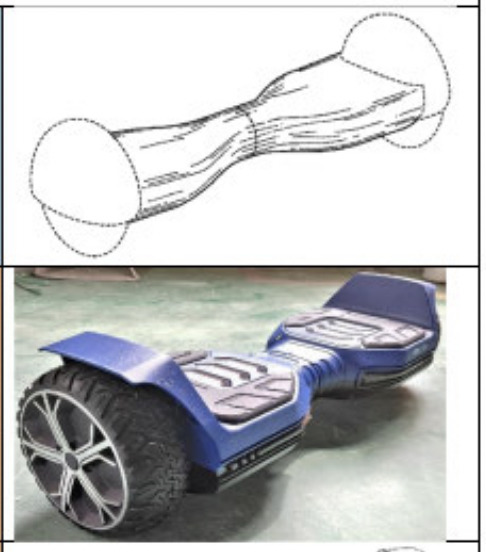 In two separate precedential opinions issued Friday, October 28, the U.S. Court of Appeals for the Federal Circuit (CAFC) vacated two separate preliminary injunction orders granted by the U.S. District Court for the Northern District of Illinois against hoverboard products alleged to infringe four design patents due to “substantive defects” in the court’s reasoning for granting the injunctions. Judges Dyk, Taranto and Stoll heard both appeals.

(1) Notice. The court may issue a preliminary injunction only on notice to the adverse party.

The CAFC explained that the May 24 Order and the 2020 Preliminary Injunction violated this requirement because “[b]efore the entry of the 2020 Preliminary Injunction, no advance notice or opportunity to oppose was given even to then-named defendant Gyroor-US, let alone to the other appellants before us. Nor was advance notice or opportunity to oppose given to GaodeshangUS of the motion granted in the May 24 Order; and the same is true of the other two appellants (Fengchi-US and Urbanmax) added to the defendant list by that order.”

While ABC argued that Amazon’s freeze on Gyroor-US’s account on October 20, 2020, represented “advance notice,” and that GaodeshangUS received notice through counsel at the time, the CAFC disagreed on both points. The court said there was no basis to assume that Amazon’s freezing of the account “apprised Gyroor-US of the pendency of a motion for (or consideration of) a preliminary injunction so as to give Gyroor-US the required opportunity to oppose,” and the record did not support the assertion that the named counsel represented GaodeshangUS before May 24. Thus, there was no evidence that the required notice was provided and the CAFC vacated both the 2020 preliminary injunction and the May 24 order granting ABC’s motion to amend to add additional defendants.

Separately, the CAFC considered whether the 2021 preliminary injunction, which the district court had ordered ABC to seek, met the requirements of FRCP 65(d) and the court’s precedent in its finding that the plaintiffs were likely to succeed on the merits. Because the district court’s analysis was in part “directly counter” to the CAFC’s precedent, the court reversed and remanded the case.

(d) Contents and Scope of Every Injunction and Restraining Order.

(1) Contents. Every order granting an injunction and every restraining order must:

(A) state the reasons why it issued;

(C) describe in reasonable detail—and not by referring to the complaint or other document—the act or acts restrained or required.

(2) Persons Bound. The order binds only the following who receive actual notice of it by personal service or otherwise:

(B) the parties’ officers, agents, servants, employees, and attorneys; and

(C) other persons who are in active concert or participation with anyone described in Rule 65(d)(2)(A) or (B).

“Resolving this expert dispute will likely require a trial. I find that the need for a trial is sufficient in this case for plaintiff to have met their burden to demonstrate a likelihood of success on the merits.”

“[P]laintiff will likely succeed on the merits of their design patent . . . infringement. The claim designs in the infringing products are not sufficiently dissimilar, or plainly dissimilar . . . .”

The CAFC said these statements are “directly counter to our precedent” and, citing Amazon.com, Inc. v. Barnesandnoble.com, Inc., explained that a likelihood of success on the merits must be proven by a patentee showing it will “likely prove infringement of the asserted claims. ‘If [the defendant] raises a substantial question concerning . . . infringement . . . , i.e., asserts an infringement . . . defense that the patentee cannot prove ‘lacks substantial merit,’ the preliminary injunction should not issue.’” The court clarified that “[a]n injunction cannot be granted because a trial is required or because the accused products are not ‘sufficiently dissimilar’ or ‘plainly dissimilar’ from the patented design.”

The third legal error made by the district court was that it failed to then apply the ordinary observer test “on a product-by-product basis” as required. This is particularly problematic here, said the CAFC, where the four accused products are significantly distinct from one another. 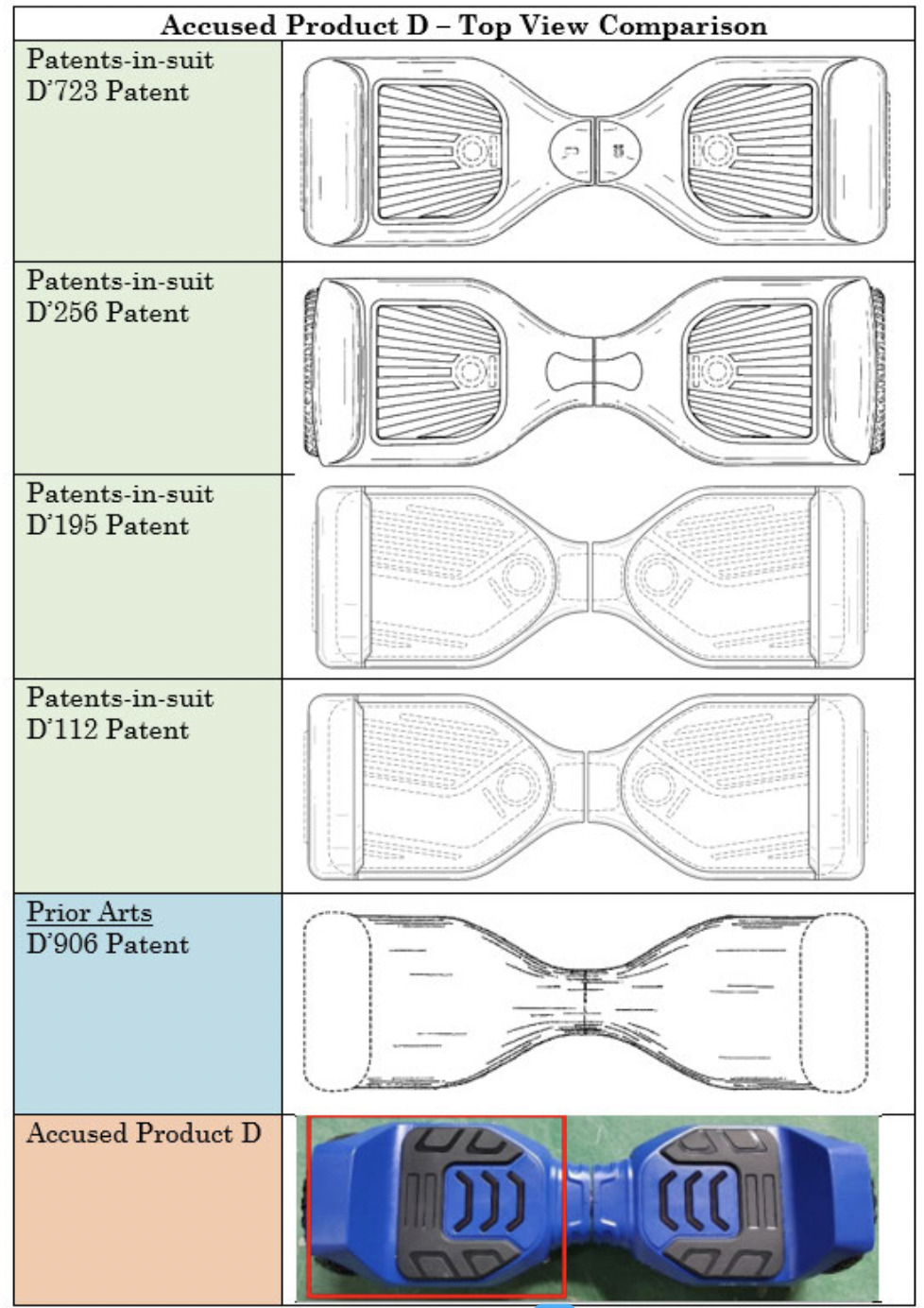 And finally, the CAFC said the language of the preliminary injunction, even if it had been properly granted, is too overbroad. Citing International Rectifier Corp. v. IXYS Corp., 383 F.3d 1312 (Fed. Cir. 2004), the court explained that “[t]he order does not mention or specifically enjoin ‘Accused Products A through D.’ While the order allows plaintiffs to request that Amazon remove specific product IDs and orders Gyroor to remove specific product URLs, this does not narrow the scope of the injunction’s broad enjoining of ‘any reproduction, copy or colorable imitation’ of the patented designs.” Ultimately, said the CAFC, under International Rectifier, “injunctions that by their terms apply to ‘any device’ within the scope of the patent claims do not meet the specificity requirement of Rule 65(d).”