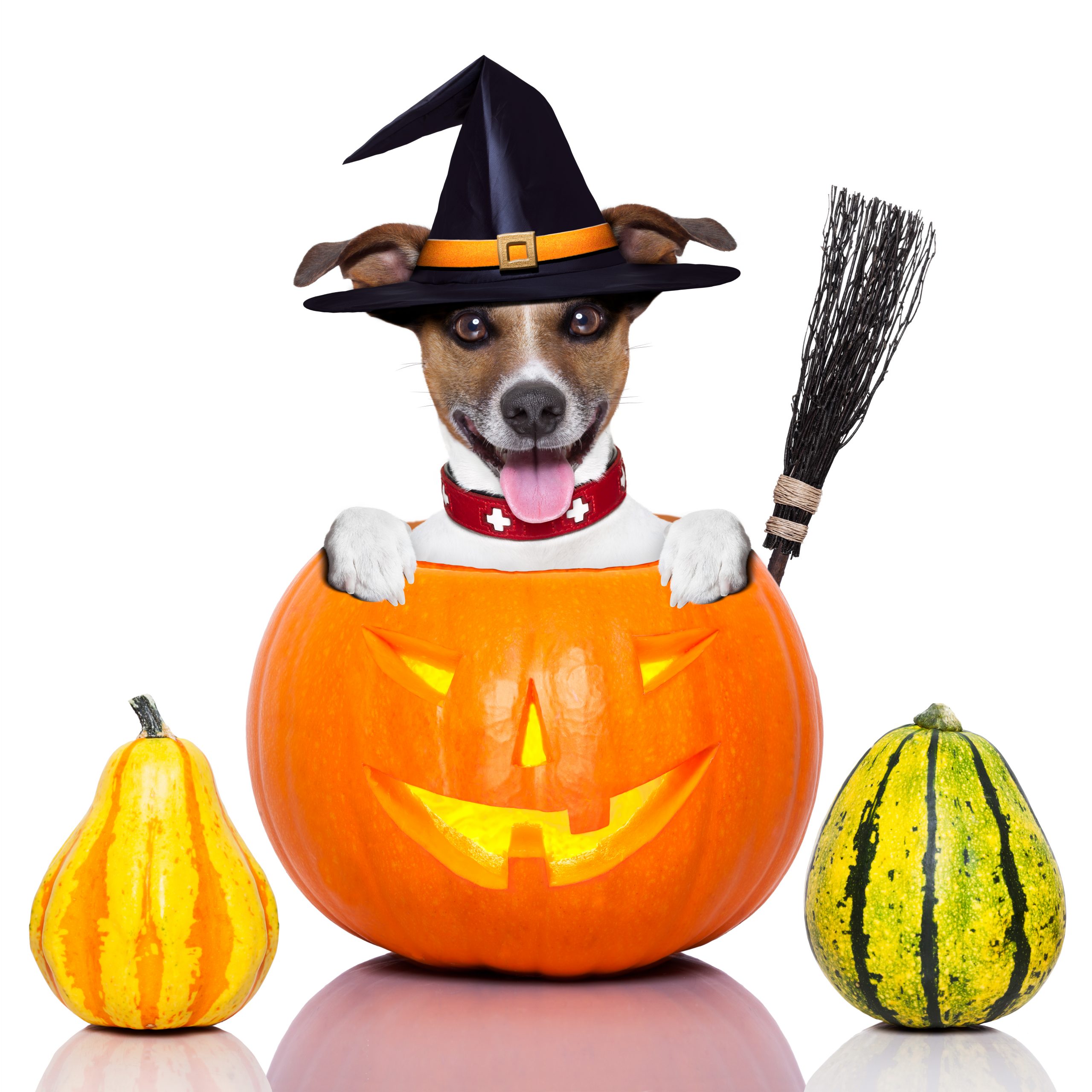 This week in Other Barks & Bites: the Supreme Court of Japan rules that students taking lessons at music schools are not subject to copyright fees for in-lesson performances for instructors; the England and Wales Court of Appeal denies Apple’s request to set aside an injunction in its SEP/FRAND case with Optis Cellular; Retired Chief Judge Paul Michel urges the Federal Circuit to issue more en banc decisions to clarify patent law; the Federal Circuit reverses a district court’s preliminary injunction for applying the improper legal standard in determining the plaintiff’s likelihood of success in a design patent suit against Gyroor hoverboards; Elon Musk’s takeover of Twitter begins by firing executives linked to misreported bot accounts; Senators Thom Tillis and Chris Coons ask the U.S. Patent and Trademark Office and the U.S. Copyright Office to collaborate on a national commission on AI; and the Ninth Circuit affirms a summary judgment ruling that Udemy implemented a repeat infringer policy enabling it to claim the DMCA’s Section 512 safe harbor to copyright infringement claims.

CAFC Reverses Northern Illinois’ Injunction Against Gyroor Hoverboards – On Friday, October 28, the U.S. Court of Appeals for the Federal Circuit issued a precedential decision in ABC Corp. I v. Partnership and Unincorporated Associations in which the appellate court reversed the Northern District of Illinois’ grant of preliminary injunction against entities selling Gyroor-branded hoverboards. The Federal Circuit found that the district court had erred several ways in determining that the design patent owner plaintiffs had demonstrated a likelihood of success, including by applying the wrong legal standard in meeting the likelihood of success burden and conducting the ordinary observer test through the lens of the prior art asserted by the Gyroor defendants in the case.

Senators Tillis and Coons Ask USPTO, Copyright Office to Establish National AI Commission – On Thursday, October 27, Senators Thom Tillis (R-NC) and Chris Coons (D-DE) sent a letter addressed to Kathi Vidal, Director of the U.S. Patent and Trademark Office, and Shira Perlmutter, Register of Copyrights, asking the two agency heads to work toward the joint establishment of a national commission on artificial intelligence (AI) that would be responsible for assessing the impact of AI across all aspects of the nation’s innovation economy and suggesting legal changes that should be made to encourage AI-generated innovations.

UK Court of Appeal Will Not Withhold Injunction Against Apple in Optis Patent Case – On Thursday, October 27, the England and Wales Court of Appeal issued a judgment denying an appeal by consumer tech giant Apple to set aside an injunction granted by a lower UK court for Apple’s failure to commit to a court-determined fair, reasonable and non-discriminatory (FRAND) royalty rate to standard essential patents (SEPs) owned by Optis Cellular Technology, though the Court of Appeal urged standards development organizations to establish arbitration procedures for settling disputes over FRAND royalty rates.

Sixth Circuit Says Preliminary Injunction Did Not Vacate Arbitration Award in Trademark Dispute – On Wednesday, October 26, the U.S. Court of Appeals for the Sixth Circuit issued a ruling in Singh Management Co. v. Singh Michigan Homes, LLC in which the appellate court affirmed a preliminary injunction preventing a real estate company formed after a family business dispute from merely adding the word “Michigan” after an arbitration award prohibited the new company from only using the family’s name in advertising their business. The Sixth Circuit dismissed arguments that the district court unlawfully vacated the arbitration award in issuing the preliminary injunction.

Judge Michel Urges CAFC to Render More En Banc Decisions to Clarify Patent Law – On Tuesday, October 25, Paul Michel, Former Chief Judge of the U.S. Court of Appeals for the Federal Circuit, spoke on a panel during IPWatchdog’s Life Sciences Masters 2022 program during which he opined that the Federal Circuit could do much to fix a lot of the uncertainty surrounding Section 101 and other areas of U.S. patent law if the appellate court would make an effort to render more en banc decisions to speak as one voice instead of the heavily panel-dependant nature of most Federal Circuit decisions today.

Copyright Office Says MMA Blanket License Not Subject to Derivative Works Exception – On Tuesday, October 25, the U.S. Copyright Office issued a notice of proposed rulemaking in the Federal Register to address what it believes is a legally erroneous dispute policy established by the Mechanical Licensing Collective (MLC), which treated sound recording derivatives provided by music publishers to digital music providers under Music Modernization Act (MMA) blanket licenses as derivative works subject to an exception to songwriters’ termination rights. The Office’s proposed rule would clarify that royalties for blanket licenses would always be distributed to the current copyright owner, whether that is the music publisher pre-termination or the songwriter following termination.

Japan’s Supreme Court Says Copyright Fees Cannot Be Collected for Music Lessons – On Monday, October 24, the Supreme Court of Japan issued a ruling rejecting an appeal from the Japanese Society for Rights of Authors, Composers and Publishers (JASRAC) and leaving in place a lower ruling finding that music performances by students at music schools for their teachers during lessons should not be subject to copyright fees for public performances as those performances were primarily educational in nature.

Ninth Circuit Affirms SJ Ruling for Udemy Under DMCA’s Section 512 Safe Harbor – On Wednesday, October 19, the U.S. Court of Appeals for the Ninth Circuit issued a ruling in Kinsley v. Udemy, Inc. in which the appellate court affirmed the Northern District of California’s summary judgment ruling in favor of Udemy on Kinsley’s copyright infringement claims over user uploads of his computer programming course materials. The Ninth Circuit found that Udemy had reasonably implemented a repeat infringer policy as required for the Digital Millennium Copyright Act’s (DMCA) safe harbor provisions codified at 17 U.S.C. § 512(i).

EPO Extends Deadline for CodeFest Submissions to November 13 – On Thursday, October 27, the European Patent Office (EPO) announced that it was extending until November 13 the deadline for submissions to the EPO’s CodeFest contest, which will award a total of €45,000 to prize winners developing artificial intelligence code that improves public access to the latest patent information on green plastics.

Judge Wu Nixes Motion to Reopen Discovery in $1.1B Caltech Patent Case – On Wednesday, October 26, U.S. District Judge George H. Wu of the Central District of California issued a ruling denying Broadcom and Apple’s motion to reopen discovery, finding that the issues on remand from the Federal Circuit were limited to a retrial on the $1.1 billion damages verdict for Caltech and did not encompass complex licensing issues involving other companies not parties to the current suit.

Amazon, VIZIO Face Section 337 Complaint Over Video Processing Devices – On Tuesday, October 25, the U.S. International Trade Commission announced that it had received a complaint seeking a Section 337 investigation into claims of patent infringement filed by DivX against consumer electronics firms Amazon and VIZIO over certain video processing devices and components thereof imported by those companies into the U.S. for sale.

Settlement Reached in Trademark Suit Against Brooks Brothers’ Athletic Clothing Line – On Tuesday, October 25, U.S. District Judge of the Western District of Washington entered a dismissal after a settlement was reached in a lawsuit filed by Brooks, the running shoe division of Berkshire Hathaway, against clothing retailer Brooks Brothers over the latter’s use of “Brooks” branding on athletic clothing and sporting goods.

Second Circuit Affirms Default Judgment Over Rave Advertisements Using SUNY Trademarks – On Tuesday, October 25, the U.S. Court of Appeals for the Second Circuit issued a ruling in State University of New York v. Triple O, LLC in which the appellate court affirmed an entry of default judgment against Triple O for its use of SUNY trademarks in advertising and hosting rave-type parties. The Second Circuit found no error in the district court’s finding that Triple O did not establish that it’s default was not willful over Triple O’s allegations that its attorney failed to properly respond to district court orders and defend Triple O in the litigation.

USPTO Rolls Out AI Similarity Search Tool for Patent Examiners – On Tuesday, October 25, the U.S. Patent and Trademark Office issued an email alert announcing that the agency would be introducing an artificial intelligence tool called Similarity Search that would be incorporated into the Patents End-to-End (PE2E) search suite for patent examiners at the agency to better identify similar prior art during prosecution of patent applications.

Johnny Depp, Jeff Beck Suit Argues No Copyright in Transcription of Oral Tradition – On Friday, October 21, actor and musician Johnny Depp and guitarist Jeff Beck filed a lawsuit in the Western District of New York seeking a declaratory judgment of non-infringement in response to allegations by folklorist and SUNY Buffalo professor Bruce Jackson that the pair released a song infringing on Jackson’s copyright to a “Hobo Ben” poem transcribed by Jackson, which Depp and Beck argue should not be copyrightable by Jackson as they existed in oral tradition well before his transcription.

Bill Nye the Science Guy Files Trademark Suit, Motion for TRO in Northern Illinois – On Friday, October 21, Bill Nye Productions filed a trademark lawsuit and a motion for a temporary restraining order (TRO), both in the Northern District of Illinois, against a series of defendants alleged to be infringing on the plaintiff’s federally registered trademarks covering branding related to Bill Nye the Science Guy.

ExxonMobile Posts Record Quarterly Revenues of $19.7B – On Friday, October 28, energy company ExxonMobil issued its earnings report for the third quarter of 2022 showing that the company earned $19.7 billion in revenue, about $4 billion more than analyst expectations and a record quarterly revenues figure for the company that has enjoyed an increase in demand due to international issues affecting energy supplies such as Russia’s invasion of Ukraine.