“Under the bill, the FTC isn’t even required to follow the processes and guidelines that they themselves are tasked with writing. What could possibly go wrong?” – Neil Bradley, Executive Vice President and Chief Policy Officer, U.S. Chamber of Commerce 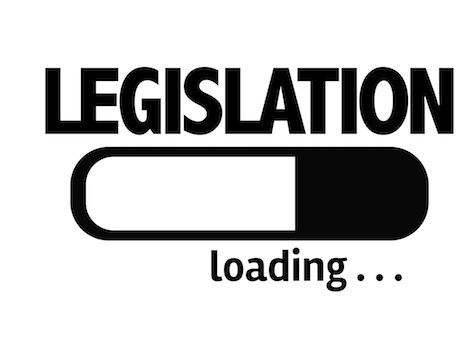 On June 8, news reports indicated that U.S. Senators from both sides of the political aisle were confident that the American Innovation and Choice Online Act, advanced by the Senate Judiciary Committee this January, has the necessary votes to pass the Senate and move on to the U.S. House of Representatives. While several top Senate lawmakers continue to argue that the bill will enact much needed antitrust enforcement mechanisms against Big Tech, the bill has several critics and has raised midterm election concerns for some Senators facing tough re-election cycles.

Introduced into the Senate last October, the American Innovation and Choice Online Act received bipartisan sponsorship from Senators Amy Klobuchar (D-MN), the bill’s main sponsor, as well as 12 co-sponsor Senators including Chuck Grassley (R-IA), Dick Durbin (D-IL) and Lindsey Graham (R-SC). If enacted, the bill would allow the Federal Trade Commission (FTC) and the U.S. Department of Justice (DoJ) to designate certain online service providers as “covered platforms” that would be prohibited from engaging in certain conduct, such as self-preferencing the platform’s own goods and services and restricting interoperability with competing online platforms.

Unsurprisingly, the prospects that the American Choice and Innovation Online Act will be passed by the Senate this summer have spurred a great deal of lobbying activity from Big Tech, according to news reports. Such lobbying efforts have focused on the potential negative impacts of the bill on consumers. For example, a recent post on Google’s official blog authored by the company’s Vice President of Engineering for Privacy, Safety, and Security argued that the bill would potentially open Google up to legal liability for implementing its own cybersecurity mechanisms on its various online products.

Opposition to the American Choice and Innovation Online Act has also been raised by entities outside of Big Tech who note that the bill could create consumer harm. Shortly after Senator Klobuchar introduced the bill last October, the Information Technology & Innovation Foundation published a report on pro-competitive self-preferencing by Dr. Aurelien Portuese, Director of ITIF’s Schumpeter Project on Competition Policy. That report noted that the American Choice and Innovation Online Act’s provisions against self-preferencing would not impact the activities of Big Tech’s foreign and brick-and-mortar rivals. Dr. Portuese also took issue with the bill’s narrow definition of “covered platforms,” which “follows a very static approach to competition, targeting large U.S. tech platforms according to a ‘big is bad’ rationale.”

“Taken together, the provisions of the bill give the FTC (and the DOJ) the power to decide who is covered by the law, what is unlawful, and the penalty for breaking the law. Under the bill, the FTC isn’t even required to follow the processes and guidelines that they themselves are tasked with writing. What could possibly go wrong?”

Bradley argues that several provisions in the bill hand out broad powers to federal government bureaucrats to determine what constitutes unlawful self-preferencing and preferred placement amounting to a violation of the law. Further, the bill’s language gives little notice as to how broadly the law might be applied against several business lines operated by Big Tech conglomerates, which for some firms includes movie studios, gaming and cloud computing businesses. Other broad powers conferred to the FTC and DOJ by the bill include the ability to define both civil penalties for violations of the law as well as the type of customer data that “covered platforms” are required to share with competitors.

Senate lawmakers pushing for a vote on the American Innovation and Choice Online Act are likely hoping that the bill can pass prior to the Senate’s August recess, after which the midterm election season will become the main focus for lawmakers. Near the end of May, POLITICO reported that several Senate Democrats facing strong opposition during the midterms have balked at supporting the bill. According to POLITICO’s reporting, those concerns revolve around the possibility that passing a bill causing controversy with corporate entities could spur those corporations to cast their financial support toward political rivals hoping to win Senate races. Supporters of the bill point to its broad support among Democrats and Republicans alike as evidence that such concerns are unfounded.

Senator Klobuchar issued an amended version of the American Innovation and Choice Online Act in late May, which clarified that telecommunications services by wire or radio do not qualify as “covered platforms” for data transmission capabilities incidental to the telecommunication service. If the Senate version passes, it could spur action on the House of Representatives’ own version of the bill, which has received no action since the House Judiciary Committee ordered the bill to be reported last June.

Perhaps the most disappointing aspect of the Senate’s rush to pass legislation that it believes will improve competition in the technology industry is that the American Innovation and Choice Online Act and other antitrust efforts have completely ignored the pro-competitive impacts of clear, enforceable patent rights. As noted in previous coverage of this bill, clarifications of Section 101 subject matter eligibility and the restoration of the presumption of ordering injunctive relief for patent owners who have proved infringement would do much to leverage existing competitive forces within the tech industry. As it currently stands, the American Innovation and Choice Online Act does little more than give federal regulators the ability to line the federal government’s pockets with corporate profits from civil penalties with little sense of how those funds would actually be used to promote competition in the American tech industry.