“The completeness of the relevant commercial sale terms in the letter itself signals that this letter was not merely an invitation to further negotiate, but rather multiple offers for sale.” – CAFC 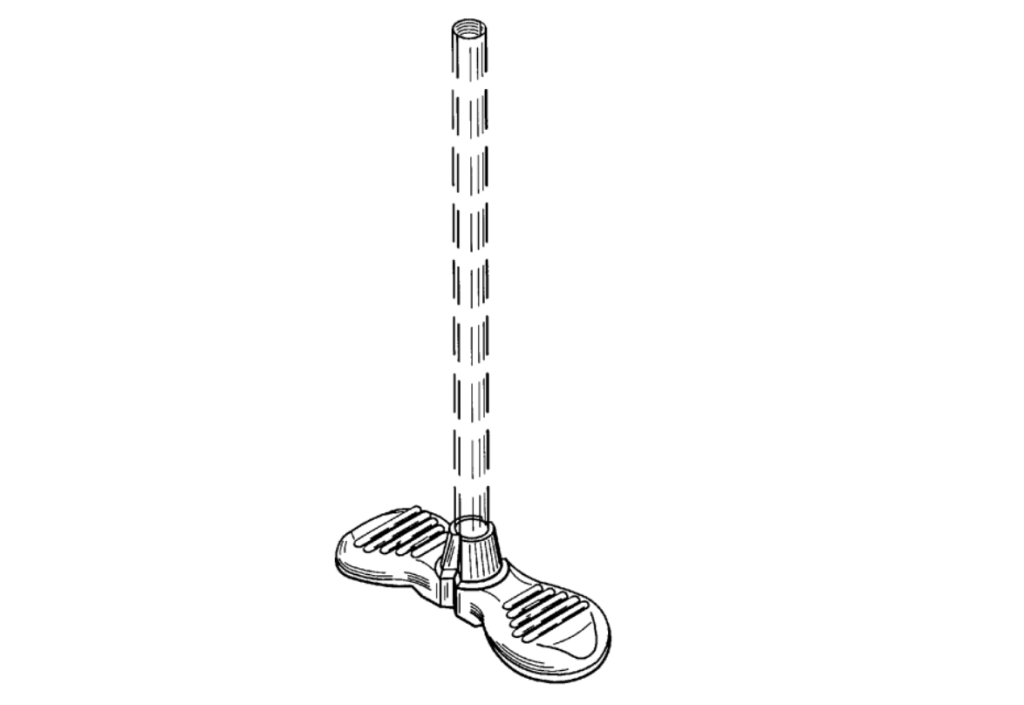 The U.S. Court of Appeals for the Federal Circuit (CAFC) today reversed the U.S. District Court for the District of Pennsylvania’s summary judgment that a medical device design patent was not invalid under the on-sale bar. Junker v. Medical Components, Inc. The district court found the patent was infringed and awarded damages in the amount of $1,247,910. But the CAFC held that a letter sent by the inventor’s business partner to Boston Scientific Corporation in 1999 represented a commercial offer for sale of the claimed design.

The design patent at issue is D450,839, covering an “introducer sheath”, a component of the catheter kits purchased and resold by the inventor, Larry G. Junker’s company. Junker entered into a business relationship with James Eddings, whose company was able to manufacture the sheaths. Eventually, with the help of an engineer, Eddings and Junker developed and agreed on a prototype of the product, and in 1999, Eddings sent a letter to Boston Scientific “detailing bulk pricing information for variously sized peelable introducer sheath products.” The letter included a quote and a price chart.

Junker subsequently sued Medical Components, Inc. and Martech Medical Products, Inc. (MedComp) in 2013, accusing four of the companies’ products of infringing his design. On cross-motion for summary judgment, MedComp argued the design was invalid under the on-sale bar articulated in Section 102(b). That section says that a patent is invalid if “the invention was . . . on sale in this country, more than one year prior to the date of the application for patent in the United States.” The on-sale bar is triggered if, before that critical date, the claimed invention was both: (1) the subject of a commercial offer for sale and (2) ready for patenting.

The district court determined that the letter was a “preliminary negotiation”, rather than an offer for sale, focusing on its references to “quotations” and future discussions. While the court acknowledged the letter set out specific commercial terms, it ultimately said that this did not outweigh the language suggesting the companies were engaged in preliminary negotiations. The court thus found that MedComp had failed to prove invalidity, that Junker had demonstrated infringement, and that the infringement was willful. He was awarded more than $1.4 million in disgorged profits.

On appeal, however, the CAFC said that the letter represented a specific offer for sale, for several reasons. First, Eddings/ his company, Xentek, wrote the letter in direct response to Boston Scientific’s request for a quotation. “This signals that the letter was not an unsolicited price quotation or invitation to negotiate, but rather a specific offer to BostonScientific to take further action,” said the CAFC. Furthermore, the letter included a number of terms specific to a commercial contract, such as providing prices for “shipment in bulk, non-sterile”, and specified a payment term. Lastly, the letter provided multiple different purchase options. The concluding offer to further discuss terms in person “does not negate the commercial character of the transaction then under discussion,” said the court, quoting Cargill, Inc. v. Canbra Foods, Ltd., 476 F.3d 1359, 1370 (Fed. Cir. 2007). The CAFC added:

The completeness of the relevant commercial sale terms in the letter itself signals that this letter was not merely an invitation to further negotiate, but rather multiple offers for sale, any one or more of which Boston Scientific could have simply accepted to bind the parties in a contract.

The CAFC rejected Junker’s argument that the letter omitted “essential terms,” such as which size product is being purchased and in what quantity, and thus could not have resulted in a binding contract by. Boston Scientific’s acceptance. “The standard Mr. Junker proposes—that the offer must specify the exact amount of product the buyer desires to qualify as an offer for sale—is too stringent,” wrote the court. Section 102(b) merely requires that there be an offer for sale, which the letter did.

It’s All in the Details

The appellate court did acknowledge that the use of the word “quote” in the letter “makes the question before us closer than in either Merck or Cargill,” but ultimately said the word “quote” may still be used in an offer, citing from the Restatement (Second) of Contracts. In particular, where “‘the quotation . . . contains detailed terms,’ as is the case here, ‘it may well be deemed an offer,’” explained the court. “Taken as a whole, the overall language of the letter signals Xentek’s intent to make a commitment
and invite Boston Scientific to act rather than merely negotiate.”

Thus, since the letter was a commercial offer for sale of the claimed design sent before the critical date, and the parties did not dispute that the invention was ready for patenting, the CAFC reversed the district court’s summary judgment of no invalidity, which rendered the remaining issues of infringement and damages moot.