“Any solutions to this difficult and important issue must ensure that we do not undermine the robust intellectual property protections needed to enable the development of new medicines in the first place.” – Senator Thom Tillis 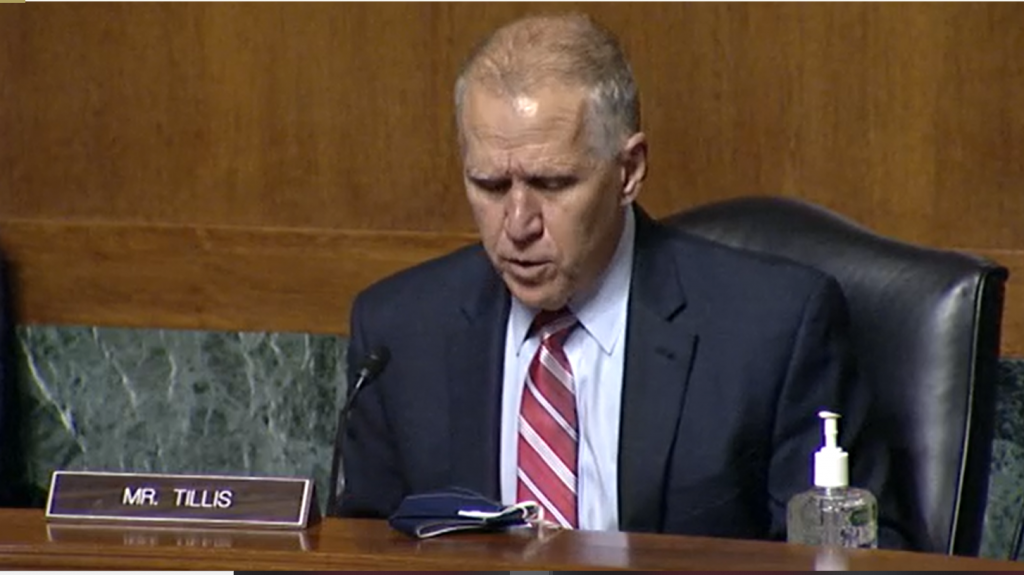 Just over one week ago, Professor Adam Mossoff of the Antonin Scalia Law School at George Mason University published a Policy Memo with the Hudson Institute charging that some of the key data relied upon in the heated debate over the effects of pharmaceutical patents on drug pricing and access may be faulty. Now, Senator Thom Tillis (R-NC) has written letters to the key organization providing that data, the Initiative for Medicines, Access & Knowledge (I-MAK), as well as the Food and Drug Administration (FDA) and the U.S. Patent and Trademark Office (USPTO), expressing concern about the findings of Mossoff’s memo and requesting more information from I-MAK about its methodology.

Mossoff’s analysis revealed that there is a significant discrepancy between the I-MAK and publicly available government data on patents covering blockbuster drugs that cannot be explained because I-MAK does not disclose or describe its underlying dataset, making its numbers “impossible to confirm.”

Show Us the Data

Now, in a letter to Tahir Amin, Co-Founder and Co-Executive Director of I-MAK, Tillis is requesting that I-MAK provide “a detailed explanation of your methodology for calculating the number of patents on a drug product that could be replicable by other researchers,” as well as why the numbers differ “so dramatically from public sources, and what the significance is of your numbers on years of exclusivity if there are generic products already on the market or anticipated to be on the market.”

Mossoff’s study found that I-MAK cites exclusivity periods far into the future despite generics having already entered the market in some cases.

Tillis added that he shares I-MAK’s goal of lowering drug prices for all Americans, but wants to ensure that the solutions are fact-driven. “Any solutions to this difficult and important issue must ensure that we do not undermine the robust intellectual property protections needed to enable the development of new medicines in the first place,” Tillis wrote.

Separately, Tillis wrote to Janet Woodcock, Acting FDA Commissioner, and Drew Hirshfeld, Performing the functions and duties of USPTO Director, calling for further scrutiny of both I-MAK’s figures and a project of the University of California (UC) Hastings Law School called the “Evergreen Drug Patent Search.” A George Mason University Center for Intellectual Property analysis from March 2021 also found problems with the latter project. Tillis’ letter asks the USPTO and FDA to conduct independent analyses of both sources to develop “a clearer and more accurate picture of the underlying facts” that “will help to reveal whether, and to what extent, patent-related issues are really contributing to high drug prices, and help to focus future policymaking in the right areas.” Tillis is requesting the agencies complete their assessments by December 31, 2022.

In March 2019, I-MAK’s Amin told IPWatchdog that it is not the organization’s goal to eradicate drug patents. “We’ve never said that there should never be pharmaceutical patents, we want to be loud and clear about that,” he said. “Our view is that the patent system has lowered the bar too much. Patents should be granted for genuinely true inventions and not for innovations where there may be utility but they’re not inventive.” Amin said he would be in favor of granting two to three years of exclusivity to innovations that are utilitarian but don’t represent major leaps in science rather than the maximum 20-year exclusivity period allowable under the law as it stands now.

One of I-MAK’s most recent reports calls for “integrating public voices into the patent system” by improving public participation at the USPTO, including reducing or waiving the cost to challenge patents for nonprofit and public interest organizations.

In response to a request for comment on Tillis’ letters, Mossoff said: “Unfortunately, unreliable and unverified data has long been used in patent policy debates, such as the long-discredited claim that ‘patent trolls’ cost the economy $29 billion in 2011. These zombie numbers become ‘true’ only through repetition. We should instead embrace evidence-based policymaking.”