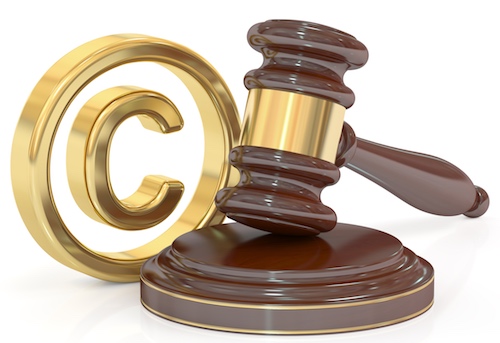 The U.S. Supreme Court heard oral argument today in Unicolors v. H&M. The case asks the Court to decide whether the Ninth Circuit properly construed the language of 17 U.S.C. § 411 relating to whether courts must have evidence of intent to defraud before referring copyright registration validity questions to the Copyright Office. While the questioning seemed to favor Unicolors overall, at least one Justice today asked why a change in the question presented at the merits stage of the briefing shouldn’t result in the case being dismissed as having been “improvidently granted.”

In May of 2020, the U.S. Court of Appeals for the Ninth Circuit found that multinational clothing company H&M had raised an issue regarding the validity of Unicolors’ copyright registration covering 31 separate fabric designs in a single registration. While the California court had dismissed H&M’s post-trial renewed motion for judgment as a matter of law (JMOL), the Ninth Circuit found that the denial of JMOL was flawed and that the court should have asked the Register of Copyrights to advise whether the registration would have been denied, since several designs covered in the single registration were confined to designs not made publicly available, and weren’t “included in a single unit of publication” as required for copyright registration. Unicolors argued that there was no evidence of this, and that all 31 designs were published on the same date, January 15, 2011, although nine of those designs were designated as “confined” at the time of registration, one month later, because they were given exclusively to one customer for a limited period of time. But the Ninth Circuit ultimately concluded that the 31 textile designs covered by Unicolors’ registration were not first published “in a single, bundled collection” as required, and Unicolors consequently argued in its petition for certiorari that “no Circuit, including the Ninth, had ever before acknowledged a ‘bundling’ requirement, and there was no evidence that the group of works was not first offered for sale concurrently on the listed publication date, and therefore properly published together.”

In its August 3 brief for the petitioner, Unicolors further argued that a finding for H&M would “depart from a century of precedent and start penalizing poets and artists for innocent mistakes in copyright registrations.” H&M’s brief for the respondent accused Unicolors of being “a serial copyright plaintiff with a long history of gaming the registration process,” and pointed to the plain language of the statute as requiring only “knowledge,” and not fraudulent intent.

The question initially presented to the Court in Unicolors’ petition was “Did the Ninth Circuit err in breaking with its own prior precedent and the findings of other circuits and the Copyright Office in holding that 17 U.S.C. § 411 requires referral to the Copyright Office where there is no indicia of fraud or material error as to the work at issue in the subject copyright registration?” But in its brief on the merits, after the petition was granted, Unicolors tweaked its question to ask “whether that ‘knowledge’ element precludes a challenge to a registration where the inaccuracy resulted from the applicant’s good-faith misunderstanding of a principle of copyright law?”

Answering Justice Clarence Thomas’ criticism of this change during today’s oral argument, counsel for Unicolors, E. Joshua Rosenkranz of Orrick Herrington & Sutcliffe, said that Unicolors did nothing out of the ordinary and simply “focused the question presented more directly on the key vulnerabilities of the Ninth Circuit’s opinion.” Rosenkranz added that “by the time this Court got to the reply brief, it was very, very clear” that Unicolors was concerned with what they dubbed the “critical legal question” of the Ninth Circuit’s holding carving out mistakes of law from Section 411(b)’s safe harbor.

Justice Sotomayor grilled Rosenkranz about the specter of copyright trolls (although she mistakenly referred to them as patent trolls throughout her questioning), and asked how to distinguish “a truly innocent mistake of law from one in which a sophisticated party with the capacity to confer with lawyers makes a mistake that they could have easily checked?”

“Justice Breyer, on the other hand, queried whether trolls, being the sophisticated litigants they are, would be the least likely to make such mistakes in copyright applications, thus making such attacks ineffective against them,” noted Preetha Chakrabarti of Crowell & Moring, commenting on today’s argument.

Chakrabarti referred to the argument as “lively” and “replete with laughter and entertaining hypotheticals,” and said that, given the U.S. government’s support for Unicolors’ positions and “the current Copyright Office’s general inclination against too much formality, if one had to guess, it’s likely that the Court will reverse the Ninth Circuit’s ruling and side with Unicolors.”

She added: “While this would be frustrating for those beleaguered by copyright trolls, it would be encouraging for artists and designers who rely on copyright registrations to protect their rights and who do not always have the means to hire counsel to ensure that their applications are ministerially perfect.”

Avoiding an Onslaught of Referrals

H&M’s counsel, Peter Stris of Stris & Maher, did seem to have a tougher time during questioning in distinguishing the cited case law and in defending his client’s assertion that the governing standard should be “constructive”, rather than reasonable or actual knowledge. Melissa Patterson, arguing for the U.S. government, rejected that suggestion as well, noting that the government thinks “a registrant needs to actually be aware that it’s submitting an inaccuracy, and that’s just as true of legal inaccuracies as it is of factual ones.”

Stris argued that if an omission in a copyright registration caused the Copyright Office to register a claim it otherwise would have rejected, and if the applicant knew that, it should qualify as an exception to 411(b)’s safe harbor. “Unicolors insists it should retain its litigation privileges because the inaccuracies were allegedly the result of its misunderstanding of the law…[but] even if that argument was properly presented, it’s wrong on the merits,” Stris said.

Rosenkranz in his rebuttal addressed Stris’ statistic that there have only been 23 referrals to the Copyright Office to cancel registrations in 13 years out of 500,000 claims for registration per year, at which Chief Justice Roberts’ expressed surprise. “Those will become 23,000 or hundreds of thousands if the rule becomes what H&M wants,” Rosenkranz said. He added:

Now all of a sudden it will be a sport for infringers to try to find legal errors or any other sorts of errors in copyright applications, especially willful infringers who, like H&M, actually have no other defense.

Bill Frankel, also of Crowell & Moring, said that “regardless of how this case is decided, it stands as a reminder to copyright owners that they need to check publication dates on any applications filed for collective works. If certain works in a collection have different publication dates, they should be separately registered.”