Kathi Vidal Has Been Nominated to Head USPTO 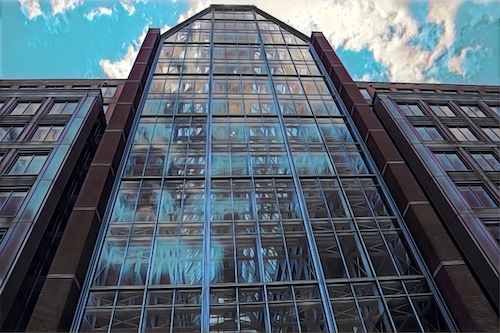 As predicted by IPWatchdog, Kathi Vidal has now been officially nominated by President Joe Biden as the next Under Secretary for Intellectual Property and Director of the U.S. Patent and Trademark Office at the Department of Commerce.

Vidal is one of five nominations announced today. She would replace Commissioner for Patents Drew Hirshfeld, who has been serving under the title, Performing the Duties and Functions of the Under Secretary of Commerce for Intellectual Property and Director of the United States Patent and Trademark Office (USPTO).

While most IP stakeholders agree Vidal is a strong and capable candidate, some have expressed concern about her ties to Silicon Valley and a potential return to Michelle Lee-era politics at the USPTO.

As previously reported, Vidal is presently the managing partner of Winston & Strawn’s Silicon Valley Office, where she has been since 2017, and served with Fish & Richardson for 20 years before that as Global Head of Litigation and on the firm’s Management Committee. She was part of the team that represented The Chamberlain Group in its fight at the Federal Circuit and subsequent petition to the Supreme Court to get its patent for a garage door opener recognized as patent eligible. She also argued and won the SAP America, Inc. v. InvestPic case for SAP at the Federal Circuit, in which the court held that InvestPic’s patent claims at issue were patent ineligible as abstract because “[t]heir subject is nothing but a series of mathematical calculations based on selected information and the presentation of the results of those calculations.” Thus, her positions as an attorney while advocating for clients are on both sides of the patent eligibility issue.

Vidal is described in today’s announcement as “one of the leading intellectual property lawyers in the country” and she was recommended as a potential candidate for the U.S. Court of Appeals for the Federal Circuit by Judge Paul Michel. Her background is in mathematical physics and programming, and she has bachelor’s and master’s degrees in electrical engineering. She worked for five years as a systems and software design engineer with General Electric, graduated from the Edison Engineering Program there, and “designed one of the first leading-edge expert systems (neural networks, fuzzy logic, expert systems) for fault diagnostics in aircraft.”

The announcement also emphasized Vidal’s strong record on diversity issues: “She is one of four law firm advisory board members for ChIPs, a non-profit organization committed to advancing women at the intersection of law, technology, and regulatory policy. She founded the Next Gen initiative and actively advocates for training and opportunities for junior lawyers.  She is also a member of Winston & Strawn’s Executive Committee and Diversity.”

Despite today’s announcement, as IPWatchdog Founder and CEO Gene Quinn explained earlier this month, it likely will be February or March 2022 before any action is taken to confirm a nominee.

Below are some immediate reactions:

“Invent Together welcomes the nomination of Kathi Vidal, a highly experienced intellectual property attorney, to lead the USPTO. Ms. Vidal has decades of relevant experience in patent litigation and counseling at the highest levels of the profession, as well as training as an electrical engineer. If confirmed, Ms. Vidal would be only the second woman in 200 years to lead the agency.

“The USPTO and leading researchers have found large and disturbing patent gaps for women, people of color, and people from lower-income families. Closing these gaps would offer meaningful benefits to individuals, families, and society as a whole, including an increase in the Gross Domestic Product and exciting, new and different inventions.  In recent years, the USPTO has taken meaningful steps to understand and address these gaps. Invent Together looks forward to working with Ms. Vidal to continue to expand participation in invention and patenting.”

“The Innovation Alliance congratulates Kathi Vidal on her nomination to be Director of the USPTO. Ms. Vidal’s private sector work in patent law, particularly in the area of high-tech, and her efforts to promote gender and racial diversity in the legal profession are both notable and welcome. We look forward to learning more about her experience and views as she moves through the confirmation process.

“It is critical that we have strong leadership in place at the Patent Office to help ensure our patent system continues to serve as a driving force for our economy, supporting American innovation, job creation and competitiveness.”

Chris Israel, Executive Director of the Alliance of U.S. Startups and Inventors for Jobs (USIJ)

“USIJ congratulates Kathi Vidal for her nomination to serve as Under Secretary for Commerce for Intellectual Property and USPTO Director. As one of the leading intellectual property lawyers in the country, she is eminently qualified to lead the USPTO at this critical time.

Ms. Vidal brings her vast experience representing both plaintiffs and defendants, including Fortune 100 companies and start-ups, in U.S. district courts, and before the International Trade Commission and the USPTO. She is also a dynamic leader who has worked to create more diversity in the legal community and within the technology sector.

USIJ looks forward to working with Ms. Vidal on the many critical issues impacting the U.S. patent system and urges the Senate to act quickly to confirm her to this critical post.” 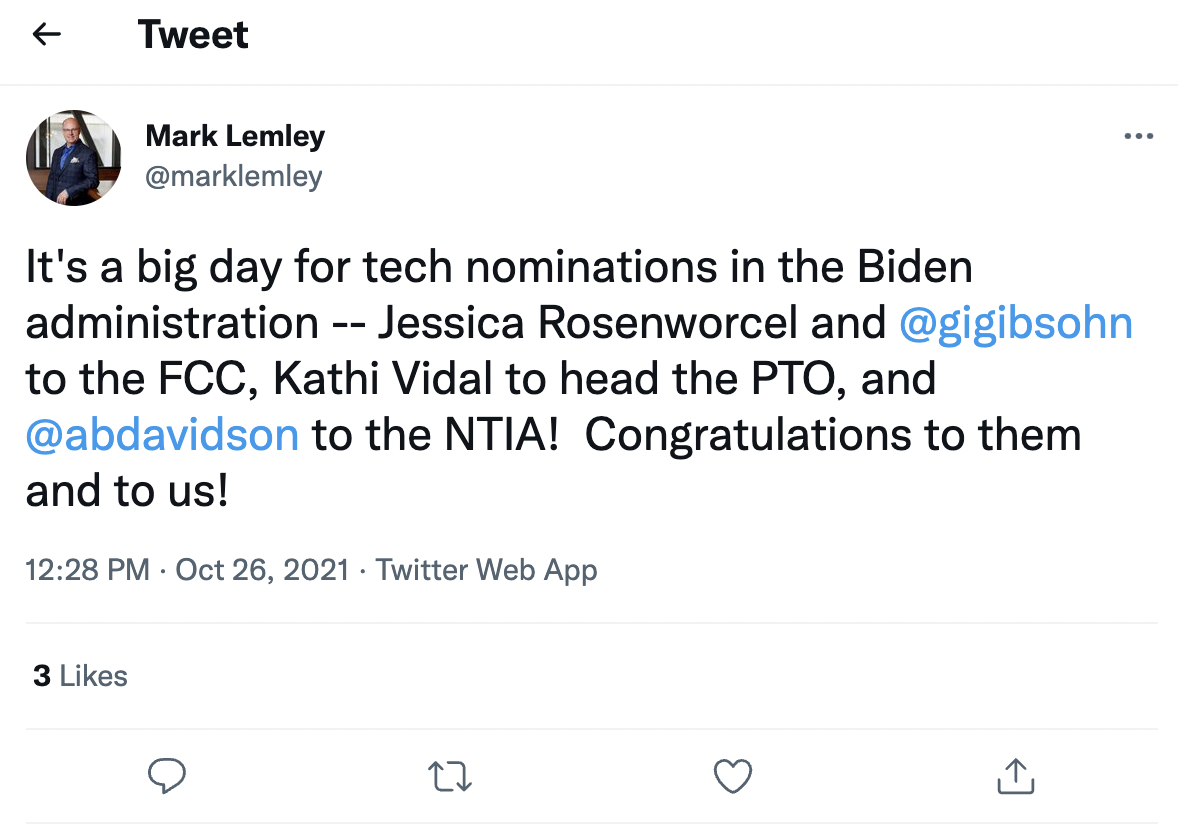 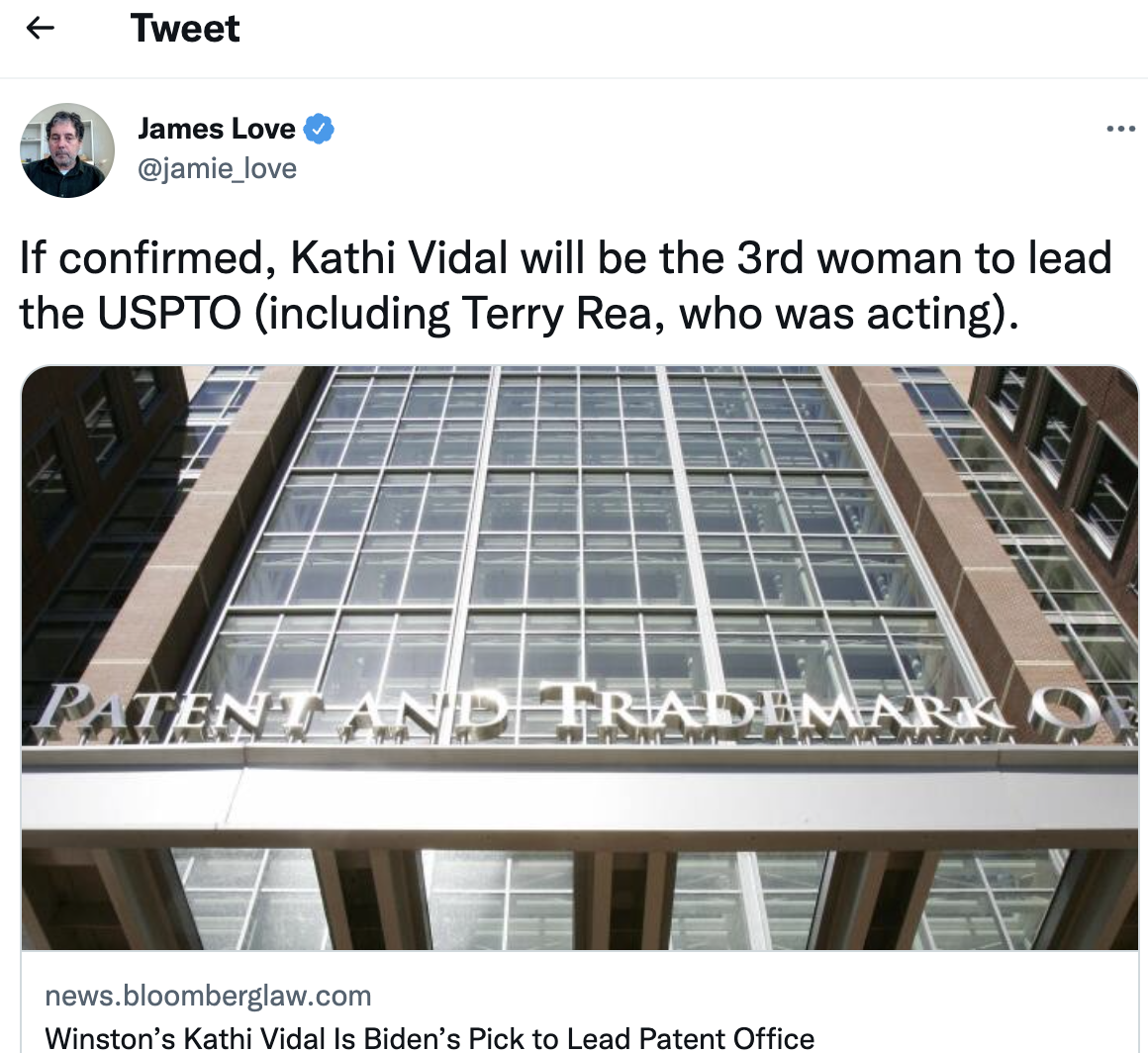 The other nominees announced today were as follows: