Counseling Clients on What Constitutes Exceptionality in Patent Litigation: A View from Delaware

“When deciding to file a motion for attorneys’ fees, it is important to manage the client’s expectations and to provide an accurate assessment of the exceptionality requirement.” 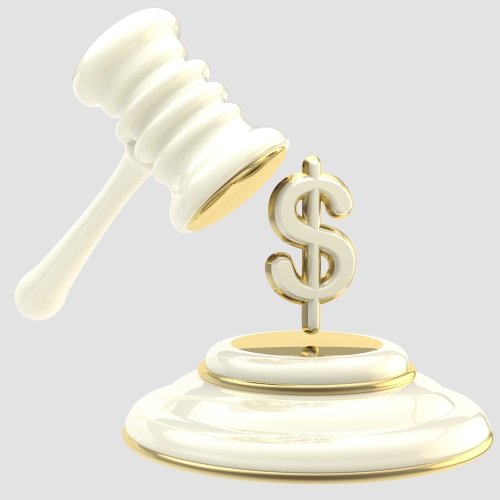 After a client prevails in patent litigation in the United States District Court for the District of Delaware, the client often wants to know whether it can obtain its attorneys’ fees from the opposing party. The answer is yes, but only if the court finds exceptionality under 35 U.S.C. § 285, which states “The court in exceptional cases may award reasonable attorney fees to the prevailing party.” (Although 35 U.S.C. § 285 applies to patent litigation in all United States district courts, this article focuses only on recent decisions of the District of Delaware. Another tool available to clients are enhanced damages claims under 35 U.S.C. § 284. Damages under Section 284, however, are “reserved for egregious cases typified by willful misconduct” and are not a focus of this article.)

A High Bar for Exceptionality

After emerging as the victor in costly patent litigation, many clients feel that the facts and outcome of their case warrant fee-shifting under Section 285. But not every case is exceptional, which is evidenced by the fact that the majority of motions for attorneys’ fees under Section 285 are denied. Accordingly, when deciding to file a motion for attorneys’ fees, it is important to manage the client’s expectations and to provide an accurate assessment of the exceptionality requirement. Additionally, because the court’s analysis is highly fact-specific, the client and its counsel should engage in a careful and objective review of the facts of the case before filing a motion for attorneys’ fees.

In determining exceptionality, the court makes a discretionary decision based on the totality of circumstances. An exceptional case “stands out from others with respect to the substantive strength of a party’s litigation position . . . or the unreasonable manner in which the case was litigated,”  the Supreme Court determined in Octane Fitness. The party requesting fees has to prove exceptionality by a preponderance of evidence after the court considers the totality of the circumstances. As discussed herein, Section 285 is more likely to be granted if the opposing party takes an illogical position, which results in the waste of judicial resources.

One example of a situation the court is likely to find exceptional is when a party asserts baseless infringement claims and fails to assess the soundness of its claims after an adverse claim construction. In Princeton Digital Image Corp. v. Ubisoft Entertainment, the District of Delaware recently granted the defendants’ motion for attorneys’ fees when the plaintiff continued to pursue litigation two years after a claim construction order that effectively rendered its infringement claim baseless. In granting the motion, the court specifically noted the goal of deterring similar meritless claims in the future. Parties litigating in the District of Delaware should take special note of the court’s fee award in light of the fact that the District of Delaware has one of the heaviest patent litigation dockets in the country, and the court may be more inclined to shift fees in an effort to ensure that its limited time and resources are not spent addressing baseless claims.

In contrast, in Noven Pharmaceuticals, Inc. v. Amneal Pharmaceuticals LLC, the District of Delaware denied the defendant’s motion for attorneys’ fees in a litigation relating to an Abbreviated New Drug Application. In Noven, the District of Delaware found that the asserted patents were invalid for lack of enablement and written description, but the court did not find that exceptional circumstances were present to warrant fee-shifting because the court did find evidence that the defendant knew or should have known that its claims were invalid.

Similarly, in Quest Licensing Corp. v. Bloomberg L.P., the District of Delaware denied a Section 285 motion for attorneys’ fees, despite the fact that the court noted that a reasonable judge may deem the case exceptional, because the court did not find the plaintiff’s interpretation and application of the court’s claim construction to be unreasonable, even if it was weak. The court further noted that the plaintiff’s counsel “made a fine argument” during oral argument on defendants’ motion for summary judgment.

Another example where the court may be inclined to shift attorneys’ fees is when there is prosecution disclaimer present. For example, in Dragon Intellectual Prop., LLC v. Dish Network L.L.C., the District of Delaware adopted the Magistrate Judge’s recommendation to award attorneys’ fees in a case involving prosecution disclaimer when, in addition to stipulating that the defendants’ accused products did not infringe under the court’s claim construction, the plaintiff did not dispute that it was on notice that it was the type of product that did not infringe which were “readily apparent from publicly available user manuals and casual operation of the accused devices.” Although the merit of that case was plainly lacking, the court denied the defendants’ request to assess fees against the plaintiff’s former counsel under Section 285.

In light of the foregoing, it is important for clients and their counsel that assert patent claims in the District of Delaware to assess the soundness of their legal position on an ongoing basis, and to build a record against a potential motion for fees. For parties defending against patent claims, before filing a motion for attorneys’ fees under Section 285, it is important to understand the circumstances under which the court will grant such a motion, and to assess objectively whether the exceptional circumstances are present to warrant an award of attorneys’ fees. As discussed, some circumstances that may warrant fee-shifting under Section 285 include cases where an opponent has taken an illogical position, where a prosecution disclaimer is present, or where an opponent persists in litigating a claim that is plainly meritless. If these circumstances are present, the District of Delaware may be inclined to award attorneys’ fees under Section 285 to not only punish the culpable party, but also to deter others from engaging in similar behavior in the future.