“The fact that several prominent IP organizations and big names in patent law have supported American Axle’s petition, that the Supreme Court requested a response from Neapco, as well as the views of the Solicitor General, and that the Federal Circuit broke in half on the issue of a rehearing, all underscore the broad interest in clarifying Section 101.” 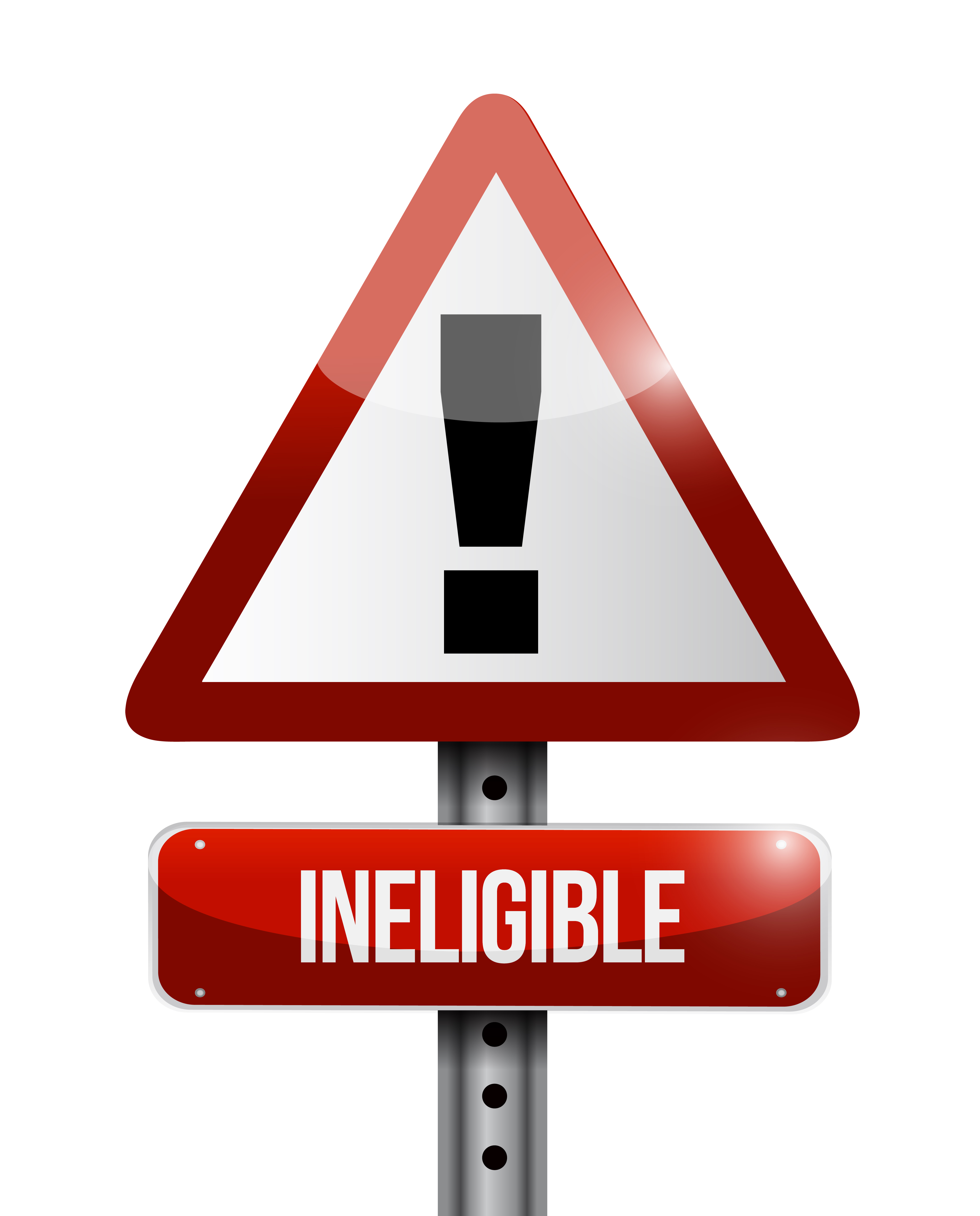 Could the United States Supreme Court once again weigh in on Section 101 subject-matter eligibility? With the Court having asked for the views of the Solicitor General yesterday, it seems increasingly likely.

Late in 2020, patentee American Axle & Manufacturing, Inc. (American Axle) petitioned the Supreme Court for writ of certiorari, arguing that the Federal Circuit is “at a loss as to how to uniformly apply § 101.” Pet. for Writ of Certiorari at 3 (Dec. 28, 2020). Organizations such as the New York Intellectual Property Law Association, the New York City Bar Association, and the Intellectual Property Law Association of Chicago have all submitted amicus briefs supporting American Axle’s ask. On March 1, former USPTO Director David Kappos, former Federal Circuit Chief Judge Paul Michel, and Senator Thom Tillis from North Carolina also jointly filed an amicus brief, arguing that the “disparate and inconsistent application” of the current Section 101 jurisprudence has led to “an unpredictable and unstable” patent system. Br. in Support of Am. Axle’s Pet. for Writ of Certiorari at 5 (Mar. 12, 2021).

Although accused infringer Neapco Holdings LLC (Neapco) initially did not plan to respond to the petition, it changed course after the Court requested a response in late January. Neapco responded on March 31. In its Opposition, Neapco argued that this case does not present any important issues under Section 101 that require clarification because the Federal Circuit’s ruling is limited to “the narrow circumstances of this case.” Neapco’s Br. in Opposition at 10 (March 31, 2021). Further, Neapco asserted that the current Alice test is working exactly as intended, with the Federal Circuit affirming 91% of Section 101 decisions since Alice (often without issuing a written opinion). Id. at 1. Perhaps among the few to publicly do so, Neapco praised the Alice test as providing a flexible, context-driven methodology, rather than a rigid rule that would be insufficient to address the infinite complexity of the patent system. Id.

A Refresher on the Facts

Pleading for the High Court’s guidance to bring uniformity to an increasingly “panel-dependent body of law,” Pet. for Writ of Certiorari at 3, American Axle’s petition seeks certainty on an issue that has been in flux since 2010’s Bilski v. Kappos ruling, which dealt a blow to former Chief Circuit Judge Michel’s machine-or-transformation test. The machine-or-transformation test was a two-step inquiry where a patentee could show that a process claim satisfies § 101 either by showing that the claim is tied to a particular machine or by showing that the claim transforms an article into a different state or thing. In re Bilski, 545 F.3d 943, 961 (Fed. Cir. 2008).

In his Bilski opinion, then-Chief Circuit Judge Michel explained that “the use of a specific machine or transformation of an article must impose meaningful limits on the claim’s scope to impart patent-eligibility” and that “the involvement of the machine or transformation in the claimed process must not merely be insignificant extra-solution activity.” Id. at 961-62.

At step 1 of the Alice test, courts consider “whether the claims at issue are directed to one of those patent-ineligible concepts.” 573 U.S. at 217. If not, the invention is patent eligible. If the claims are directed to one of those patent-ineligible concepts, courts move onto step 2 of the Alice test to determine whether the claims provide an “inventive concept,” one that “‘transform[s] the nature of the claim’ into a patent-eligible application”—i.e., “an element or combination of elements that is ‘sufficient to ensure that the patent in practice amounts to significantly more than a patent upon the [ineligible concept] itself.’” Id. at 217-218 (quoting Mayo, 566 U.S. at 73).

Since the Alice ruling, however, both the Federal Circuit and district courts have struggled to apply this test. While judges are tasked with deciding whether an invention is an abstract idea, the Supreme Court has yet to define or clarify precisely what sort of subject matter falls into a patent-ineligible category. Id. at 221 (“In any event, we need not labor to delimit the precise contours of the ‘abstract ideas’ category in this case.”). And, as the Supreme Court itself admitted, “[a]t some level, ‘all inventions. . . embody, use, reflect, rest upon, or apply laws of nature, natural phenomena, or abstract ideas.’” Id. at 217. Without a clear understanding of what falls into the abstract idea category, district courts have strained to consistently conclude what additional elements would be sufficient to constitute an inventive concept.

The USPTO’s 2019 “Revised Patent Subject Matter Eligibility Guidance” attempted to offer insight into the often-conflicting landscape of § 101 that arose since 2014, 84 Fed. Reg. 50 (Jan. 7, 2019), but the Federal Circuit subsequently held that the USPTO’s Guidance had no binding authority, In re Rudy, 959 F.3d 1379, 1382-83 (Fed. Cir. 2020). Thus, the line between patentable and unpatentable subject matter remains unclear in practice.

A Plea for Clarity

Patent stakeholders have expressed a need for more clarity and predictability in the application of the Alice test. For instance, in her American Axle dissent, Judge Moore lamented the majority’s “chimeric approach to § 101 which is inconsistent with precedent, a vast expansion of § 101, and bound to cause confusion in future cases.” Am. Axle, 967 F.3d at 1319 (Moore, J., dissenting). In a later concurring opinion on whether to stay the Federal Circuit’s mandate pending American Axle’s petition for writ of certiorari, Judge Moore called out to the Supreme Court for help: “As the nation’s lone patent court, we are at a loss as to how to uniformly apply § 101. All twelve active judges of this court urged the Supreme Court to grant certiorari in Athena to provide us with guidance regarding whether diagnostic claims are eligible for patent protection.” Id.

The fact that several prominent IP organizations and big names in patent law have supported American Axle’s petition, that the Supreme Court requested a response from Neapco, as well as the views of the Solicitor General, and that the Federal Circuit broke in half on the issue of a rehearing, all underscore the broad interest in clarifying Section 101. As stated by Judge Moore in her concurrence, “[i]f a circuit split warrants certiorari, such an irreconcilable split in the nation’s only patent court does likewise.” Am. Axle, 977 F.3d at 1382 (Moore, J., concurring).

Watch closely for the Supreme Court’s decision on American Axle’s petition later this term. The case is Case No. 20-891 in the United States Supreme Court.

Bryan Nese Bryan Nese is a partner in the Intellectual Property group of Mayer Brown‘s Washington DC office. His practice focuses on patent litigation, both in district court and at the International [...see more]