“What is the point in obtaining a copyright in software? Not much, if Google can copy 11,500 lines of your code and it can still be a fair use. Copyrights just don’t protect computer code from actors like Google.” 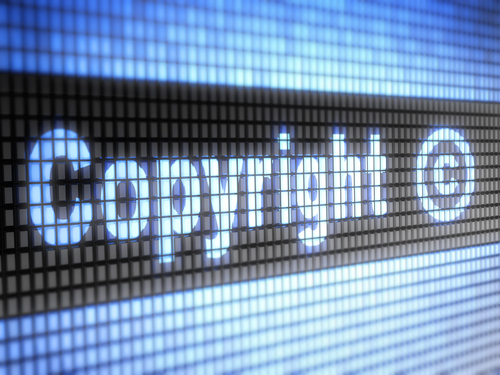 In characteristic form, the Supreme Court has once again managed to blow it in another intellectual property case. This time, the Justices blessed Google’s copying of Oracle’s code and called it fair use despite the fact that Google copied that portion of the Sun Java API that allowed programmers to use the task-calling system that was most useful to programmers working on applications for mobile devices.

In the infinite wisdom of the Supreme Court, the copying of this code was found transformative because Google only used it to circumvent the need to license Java from Oracle with respect to Android smartphones. Of course, that isn’t exactly how the Supreme Court characterized it, but make no mistake, that is what they decided.

The Supreme Court explained there was evidence that Google’s copying was limited to Android, and the deployment of Google’s infringing product limited to smartphones. Java, on the other hand, was developed for use with desktop and laptop computers. Of course, if this were a software patent case, smartphones, laptops and desktops would all be synonymously considered generic purpose machines that are indistinguishable, but this was a copyright case where Google stood to benefit, so no such distinction was made.

“Google, through Android, provided a new collection of tasks operating in a distinct and different computing environment,” Justice Breyer wrote for the majority, as he strained to find a difference without a distinction.

The Supreme Court made much of the fact that Google wrote millions of lines of code originally. And all they did was copy from Oracle what was necessary to forward their own desires. The Court explained: “Because Google wanted millions of programmers, familiar with Java, to be able easily to work with its new Android platform, it also copied roughly 11,500 lines of code from the Java SE program.”

Obviously, since it is in the interest and benefit of all those millions of programmers who are familiar with Java, Google should be allowed to copy Java rather than be expected to negotiate with the copyright owner and negotiate a license.

What is the point in obtaining a copyright in software? Not much, if Google can copy 11,500 lines of your code and it can still be a fair use. Copyrights just don’t protect computer code from actors like Google. In a sad, ironic twist, the infringement at question isn’t one of the free services that Google gives away. Android is extraordinarily commercial. According to the dissent, in 2015 alone, the year before the fair use trial, Google earned $18 billion from Android. And as of 2015, Android sales had totaled $42 billion.

What About Harper & Row?

Excusing the intentional, knowing and overwhelmingly commercial use of Google calls into question the vitality of copyrights and the future applicability of fair use in the digital age. If copying the heart of Java is fair use, this decision implicitly overrules the Court’s decision in Harper & Row, Publishers, Inc. v. Nation Enterprises, 471 U. S. 539 (1985).

In 1977, former President Ford contracted with petitioners to publish his as yet unwritten memoirs. The agreement gave petitioners the exclusive first serial right to license prepublication excerpts. Two years later, as the memoirs were nearing completion, petitioners, as the copyright holders, negotiated a prepublication licensing agreement with Time Magazine under which Time agreed to pay $25,000 ($12,500 in advance and the balance at publication) in exchange for the right to excerpt 7,500 words from Mr. Ford’s account of his pardon of former President Nixon. Shortly before the Time article’s scheduled release, an unauthorized source provided The Nation Magazine with the unpublished Ford manuscript. Working directly from this manuscript, an editor of The Nation produced a 2,250-word article, at least 300 to 400 words of which consisted of verbatim quotes of copyrighted expression taken from the manuscript. It was timed to “scoop” the Time article. As a result of the publication of The Nation‘s article, Time canceled its article and refused to pay the remaining $12,500 to petitioners. Petitioners then brought suit in Federal District Court against respondent publishers of The Nation, alleging, inter alia, violations of the Copyright Act (Act). After considering the four fair use factors listed in 17 USC § 107, the Supreme Court found the use to not be a fair use, in large part because The Nation copied the heart of the story.

As the Federal Circuit explained, and Justices Thomas and Alito agreed with in their dissent, the teaching of Harper & Row is that the single most important fair use factor is effect on the market for the copyrighted work. And, until today, Harper & Row stood for the proposition that a small fraction of the whole 300 to 400 words of an entire Presidential memoir, can be infringing when the value of the copyrighted work is taken. Here, Google’s copying of the Java code and use in the multi-billion-dollar Android platform has unequivocally destroyed Oracle’s ability to license. And why would anyone else license Java from Oracle if Google is allowed to copy it as a fair use?

This decision by the Supreme Court is a travesty of the first order. It will only embolden copyists, harm creators and disintegrate value. If something like this happened with Disney being on the short end of the Supreme Court decision and compromising the value and copyrights held in Mickey Mouse, there would be a bill filed to overrule a renegade Supreme Court decision before the close of business. I’m not going to hold my breath, which means Google appears to have a fully paid-up license to copy whatever code they want, regardless of how they destroy the copyright owner’s market and regardless of how many tens of billions, or hundreds of billions they make.