The Fairness of FRAND: Patent Pools, SSO Policies and the Way Forward

“While the process of setting standards acts at the heart of technology promotion, it poses several challenges at the time of standard creation and adoption.” 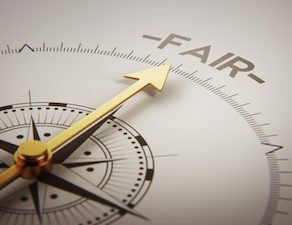 Standard Essential Patents (SEPs), as the name suggests, are an essential set of patents used for the implementation of a standardized technology. This set of patents renders it impossible to implement or operate standard-compliant equipment without infringement. Does that mean every patent declared by any company is essential? In a word, no. This article intends to address this aspect in detail and pave way for licensees to save costs and pay for what they use in their implementations.

While the process of setting standards acts at the heart of technology promotion, it poses several challenges at the time of standard creation and adoption. The first challenge arises with the screening of declared patents, as the declarant company may over-declare in the pursuit of revenue generation, given the underlying policy structure of SSOs.

Similarly, patent pools organize the licensing for SEPs to mitigate transactional costs and prevent royalty stacking. The two SEP licensing frameworks and the diversions from their underlying motivations are discussed in further detail below.

The common patent declaration policy statement for ITU-T, ITU-R, ISO and IEC, which may be located on the ITU’s official website, explicitly disassociates itself from being in a position to give authoritative or comprehensive information about evidence, validity or scope of patents or any similar rights.

Similarly, the ETSI policy statement reads no different and continues to add a scope for over-declarations as it reads, “the submitted patent may be or may become essential in ETSI works”(though it doesn’t ask for blanket disclosures like others). On similar lines, the IEEE-SA’s patent declaration policy statement reads, “the submitter may, but isn’t required to identify one or more of its patent claims that it believes might be or become essential.”

Although SSOs exist as a driving force for industry innovators to work in collaboration and select the most promising innovations for future industry, they have miserably failed to evaluate and screen the declared SEP disclosures. For instance, recent studies have found that only 28%, 29% and 50% of patent families declared essential corresponding to the ETSI’s 2G, 3G and 4G telecom standards, respectively, were found to be essential to the standardized implementations. This essentially means that it’s only the trust factor that binds the declarants towards fair declarations.

Similarly, in the Unwired Planet v. Huawei decision, the court noted: “A very significant reason why one cannot just count up declared patent families is recognition of the problem of over declaration.” The issue was the same in the TCL Communication v. Ericsson case, where the essentiality of the declared patents was questioned.

How Beneficial Have Patent Pools Been?

Patent pools are created to assist technology-implementing organizations in averting the risk of being sued by patent holders and offer market convenience, allowing licensees coverage under as many patents as possible. However, there’s no assurance that all essential patent holders with their patents have been included.

Here, a patent holder is free to join any pool or put their trust in different or multiple patent pools. For instance, Samsung Electronics has become a member (licensor/ licensee) of both Access Advance HEVC/H.265 Licensing Program and MPEG LA’s patent pool.

In contrary to the very purpose of patent pools, multi-channel video providers have frequently reiterated that the cause of delayed HEVC deployments is the existence of multiple patent pools and their complex methods of royalty schemes — a licensee may need to purchase a license from multiple pools as well as other patent owners unaffiliated to any of the pools.

These two differently-structured collaborations aiming to contribute towards the noble cause of creating industry and innovator cooperation appear to have failed in accomplishing their underlying mission. There is an increasing need for fine-tuning the working of both to bring fairness into the much-claimed fair, reasonable and non-discriminatory (FRAND) licensing.

Under the current policy structure, licensees end up paying elevated royalties (not all declared patents are SEPs). There have been instances when declared patents were not adopted in the final version of a standard or its features were not essential in a particular implementation of the standard. Before taking any licenses, determining the actual value placed on the essentiality of a patent can be greatly beneficial.

Meanwhile, the onus is on licensees to ensure that the claimed FRAND terms are fair to their products and implementations.

Dhananjay Kumar Das is a seasoned professional in the field of intellectual property with a technical background in electronics and telecom industry. He is a primary consultant at Sagacious IP and helps clients [...see more]