From Home Security to VoIP: Honoring Black Women Inventors of the Last Half-Century

Throughout February, we have recognized some of the earliest Black women inventors, beginning with Martha Jones in 1868 and her patent directed to a corn husker, ending with Sarah Boone’s 1892 patent for the Ironing Board. Black women have continued to play an important role in driving innovation during the twentieth century and through today. 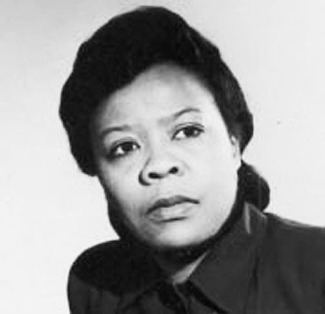 Marie Van Brittan Brown, a nurse who lived in Jamaica, Queens, was the inventor of the first home security/closed circuit television. Concerned about crime in her neighborhood, Brown saw a need for a system that would allow her to know who was at her home and contact relevant authorities as quickly as possible, even when she was away from home working long hours as a nurse. Brown’s husband, who was an electronics technician, assisted her in developing the security system. The couple filed the patent application, titled “Home Security System Utilizing Television Surveillance,” on August 1, 1966 and it issued as U.S. Patent No. 3,482,037 on December 2, 1969. The system included a video scanning device to be positioned at the door of a house for scanning when a person is outside the door. The system also included a radio-controlled lock that may be actuated by the house occupant to unbolt the door, as well as an audio recorder for recording conversations with the person at the door. A radio-controlled alarm was also included for alerting the relevant authorities. Brown’s invention served as a precursor to many modern security systems. 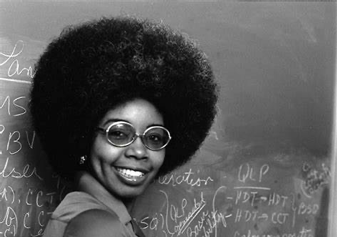 Valerie Thomas, a NASA scientist, invented the “Illusion transmitter,” which issued as U.S. Patent No. 4,229,761 on August 21, 1980.  Thomas worked for NASA from 1964 to 1995, where she developed real-time computer data systems, conducted large-scale experiments and managed various projects. Through her work at NASA, she recognized that the known systems for producing three dimensional images by holographic means required the use of coherent radiation, which inhibited the widespread use of such systems due to cost and complicated components. Thus, she began experimenting with the optical illusions produced by parabolic mirrors, which produced images having three dimensional attributes. Her invention employed the “illusionary effect created by concave mirrors to produce three-dimensional image illusions at a remote site without the expense and complications of holographic image transmissions.” NASA continues to use this technology today and scientist are finding new uses for the technology, such as in medical devices. Thomas received numerous awards during her work at NASA, including the GSFC (Goddard Space Flight Center) Award of Merit and the NASA Equal Opportunity Medal. 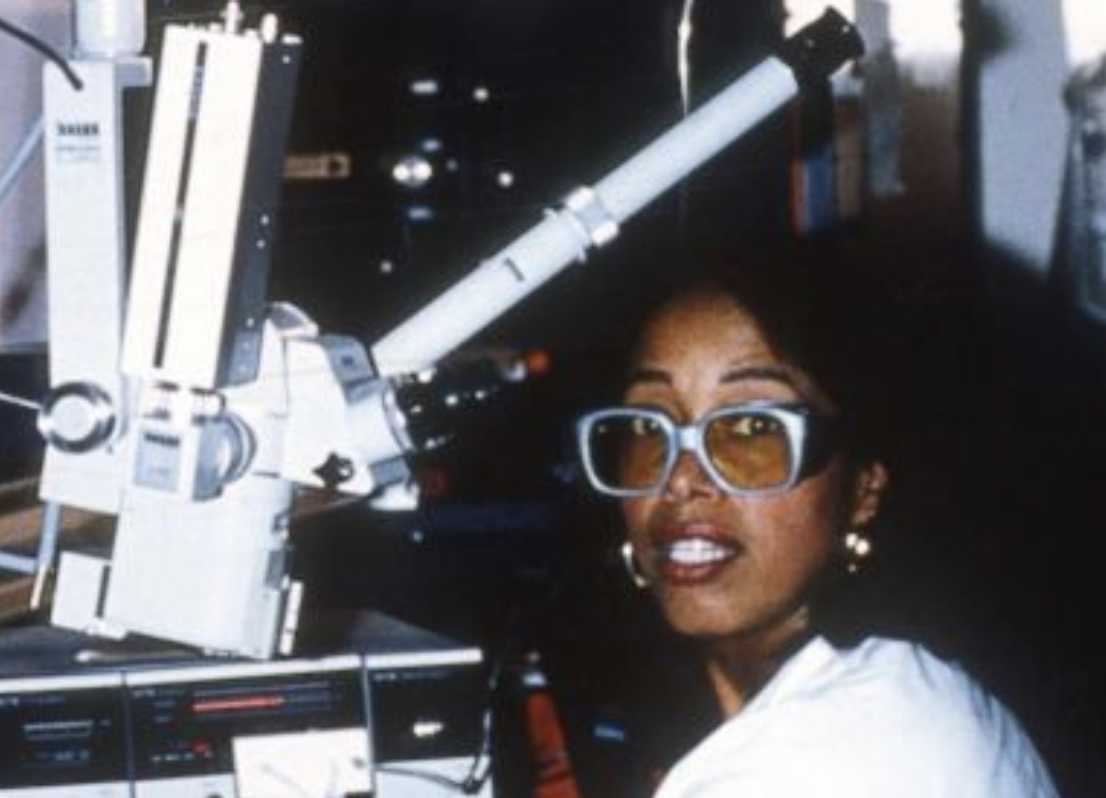 Dr. Patricia Bath was the first African American female doctor to receive a patent for a medical invention. Bath holds five United States patents, three of which relate to the Laserphaco Probe. In 1973, Bath became the first African American to complete a residency in ophthalmology. She also co-founded the American Institute for the Prevention of Blindness, which established that “eyesight is a basic human right.” During her ophthalmology studies at Columbia University, bath learned that African Americans were twice as likely to suffer from blindness and eight times more likely to develop glaucoma. This realization fueled her to research and develop the Laserphaco Probe, which increased the availability and affordability of ophthalmologic care for those who may otherwise be unable to afford treatment. Her first patent, U.S. Patent No. 4,744,360, directed to the Laserphaco Probe was titled “Apparatus for ablating and removing cataract lenses” and issued on May 17, 1988. Bath’s other United States patents are: U.S. 5,843,071, “Method and apparatus for ablating and removing cataract lenses”; U.S. 5,919,186, “Laser apparatus for surgery of cataractous lenses”; U.S. 6,083,192, “Pulsed ultrasound method for fragmenting/emulsifying and removing cataractous lenses”; and, U.S. 6,544,254, “Combination ultrasound and laser method and apparatus for removing cataract lenses.” 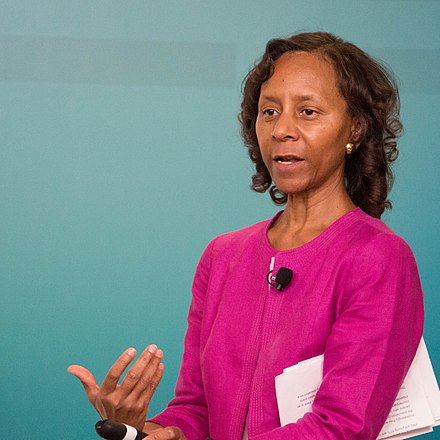 Marian Croak is a Vice President of Engineering at Google and an inventor on more than 200 patents in technological areas, including Voice over Internet Protocol (VoIP) and text-to-donate. One of her VoIP patents, U.S. Patent No. 7,760,861, was filed in 2005 and is titled “Method and apparatus for monitoring service usage in a communications network.” Croak previously worked for Bell Labs on the traditional voice network. As the internet began to evolve, Croak realized that it was possible to transmit voice traffic over the internet, which would be a “more efficient and ubiquitous network” than the once currently in place. In an interview with the USPTO, Croak noted that “[I]t seemed to me like the internet would be a perfect substitute for what we had been doing, because you could actually combine voice and data traffic into one network.” On May 11, 2010, Marian Croak also received U.S. Patent No. 7,715,368 for a “Method and apparatus for dynamically debiting a donation amount”, i.e. text-to-donate technology. Following the events surrounding Hurricane Karina in New Orleans in 2005, Croak was motivated to develop the text-to-donate technology to allow individuals to text a donation to nonprofit organizations, such as the Red Cross. Croak spends a great deal of time mentoring others and was inducted into the Women In Technology Hall of Fame in 2013. 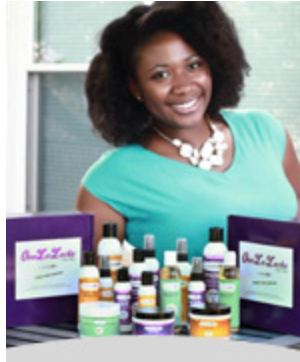 Gwen Jimmere was the first black woman be awarded a patent for a natural hair care product, with her patent entitled “Hair care composition,” U.S. Patent No. U.S. 9,107,839 on August 18, 2015. Jimmere is the founder and CEO of her natural beauty company, Naturalicious. Her patent is directed to a multi-benefit natural hair care composition including a cleansing agent derived from Morrocan Rhassoul clay, a conditioning agent, and a detangling agent derived from naturally occurring plant material. Jimmere was motivated to develop her patented product after writing off toxic chemical hair relaxers.  Without the use of chemical relaxers, Jimmere was spending several hours washing, conditioning and deep conditioning her hair. She developed the formula for her hair care product by researching and experimenting with ingredients in her kitchen. Once she discovered a winning formula, she taught herself enough about patent law to prepare and file her own patent application. Her product includes Rhassoul clay, which comes from the Atlas Mountains in Morocco, and high-quality natural oils and deionized water. She pitched her product to a local Whole Foods Market and they became the first of many stores to pick up her product. She credits some of her success to the publicity that resulted from obtaining a patent, such as being featured on the Tom Joyner Morning Show segment “The Little Known Black History Fact.” Naturalicious has become a seven-figure company and Jimmere is also a co-founder of the company Pitch Proof, which teaches entrepreneurs how to grow their business without acquiring debt. Read more about Jimmere’s story on the IPO Education Foundation’s Innovator Insights.

Here are some other Black women inventors we all should know: