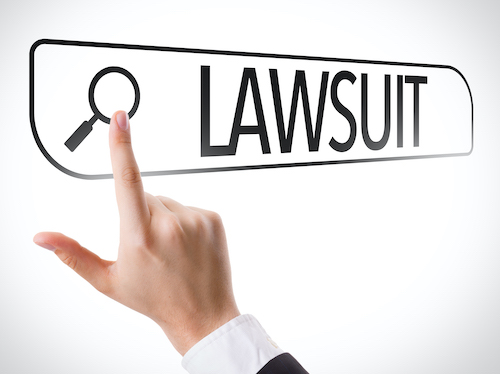 A relatively subdued week led to just 18 petitions and 57 district court patent filings, mostly driven by WSOU adding Cannon to a number of suits, a fair number of Leigh Rothschild entity complaints against small companies, and a new assertion campaign from Far North Patents. There were also 10 denials of institution, nine of which were on Section 314 non-merits grounds; the FitBit filings against Phillips patents were denied institution over Fintiv based on an International Trade Commission (ITC) action Phillips initiated, and a number of parallel petitions filed by Comcast were denied consideration under the Board’s July 2019 Trial Practice Guide Update “ranking” requirement (which was itself based on an earlier Comcast v. Rovi set of IPRs). Recall that those companies are locked in a seemingly endless array of bitterly fought ITC, district court, and PTAB battles over a lapsed license to Rovi’s user guide data, among other things.)

CCTV Super-NPE Strikes Again: It was only a matter of time. Hawk Technology Systems, LLC, infamous for serial litigation against small defendants, had sued upwards of 210 small entities and threatened thousands—including municipal bodies like the Canton Public School District, various chapters of Goodwill, and hospitals like the Greater Baltimore Medical Center—asking for $5,000 or less to go away. Most paid. The patent of the previous round was on CCTV recording for security offices, U.S. 5,625,410 (from 1993), and the reissue resulting therefrom, RE37,342. Hawk has been litigating since 2012 in nearly every state in the U.S.

Well, the USPTO issued Hawk another patent, which Hawk promptly used to sue nine more local businesses, including the City of Mobile and the Ladd Peeples Stadium, a 70-year-old municipal-run stadium at which the University of South Alabama football team plays. That brings the total litigants in the campaign to well over 200 (220, to be precise).

Supersonic Seahorse DJ in Oregon: This one is fun. Companies Norbit US, Ltd. and Seahorse Geomatics, Inc. filed a declaratory judgment (DJ) action against R2SONIC, LLC – it’s an old-fashioned competitor-competitor dispute over U.S. Patent 10,132,924 and curved array sonar using the latest in analog and digital signal processing. Seahorse is a vendor of Norbit; R2SONIC directly competes with them.

The dispute arose after Seahorse was awarded a government contract with the U.S. Army Corps. of Engineers in September 2020 for “a new multibeam sonar and peripheral equipment that can mount on and integrate with” the Sea Ark 27’ VC Commander vessel and Universal Sonar Mount mounting system. The complaint alleges that R2SONIC then interfered with a government contract awarded by Seahorse by filing a protest with the Government Accountability Office (GAO) that openly alleged (emphasis added):

The only way that Seahorse could have proposed a sonar device conforming to the Solicitation’s specifications was to propose R2Sonic’s product or misrepresent to the Agency that it has the rights sell the government the solicited technology. This puts Seahorse between the devil and the deep blue sea. If Seahorse proposed R2Sonic’s product, it did so without being an authorized representative for R2Sonic, violating the Solicitation’s terms. But if it proposed a product complying with the Solicitation’s specifications that was not an R2Sonic product, it is misrepresenting its intellectual property rights to the solicited technology.

The solicited technology is covered by R2Sonic’s patent. Seahorse cannot have submitted a responsive quote.

Thus, the DJ in their home district of Oregon as to the lone patent at issue (with a continuation pending).

Far Northern Exposure: As reported here previously, various seemingly linked Texas entities represented by Antonelli, Harrington & Thompson (which I’ve loosely grouped as the “Jon Rowan” entities) have continued to expand their reach with the help of 50 or so Intellectual Ventures (IV) patents (presumably with a backend, per IV’s usual practice for the past few years). Once limited to roughly one campaign a year based largely around members of RPX, and seemingly angling for bulk settlements, their most recent campaigns have expanded into the semiconductor space, and presumably, bigger bulk settlement values.

The first Far North wave from 2019, on a 12-patent portfolio including U.S. 6,215,797, sued 12 semiconductor companies and has mostly settled out, again presumably with a bulk RPX license. They have now opened a new seven-patent round against 11 new cable company entities on two different patents from that IV transaction related to ethernet transmission, U.S. Patents 8,031,707 and 9,178,985. These patents, formerly from 3COM by way of IV as well, accuse Very High-Speed Digital Subscriber Lines (i.e., VDSL) marketed, developed, or sold those cable companies.